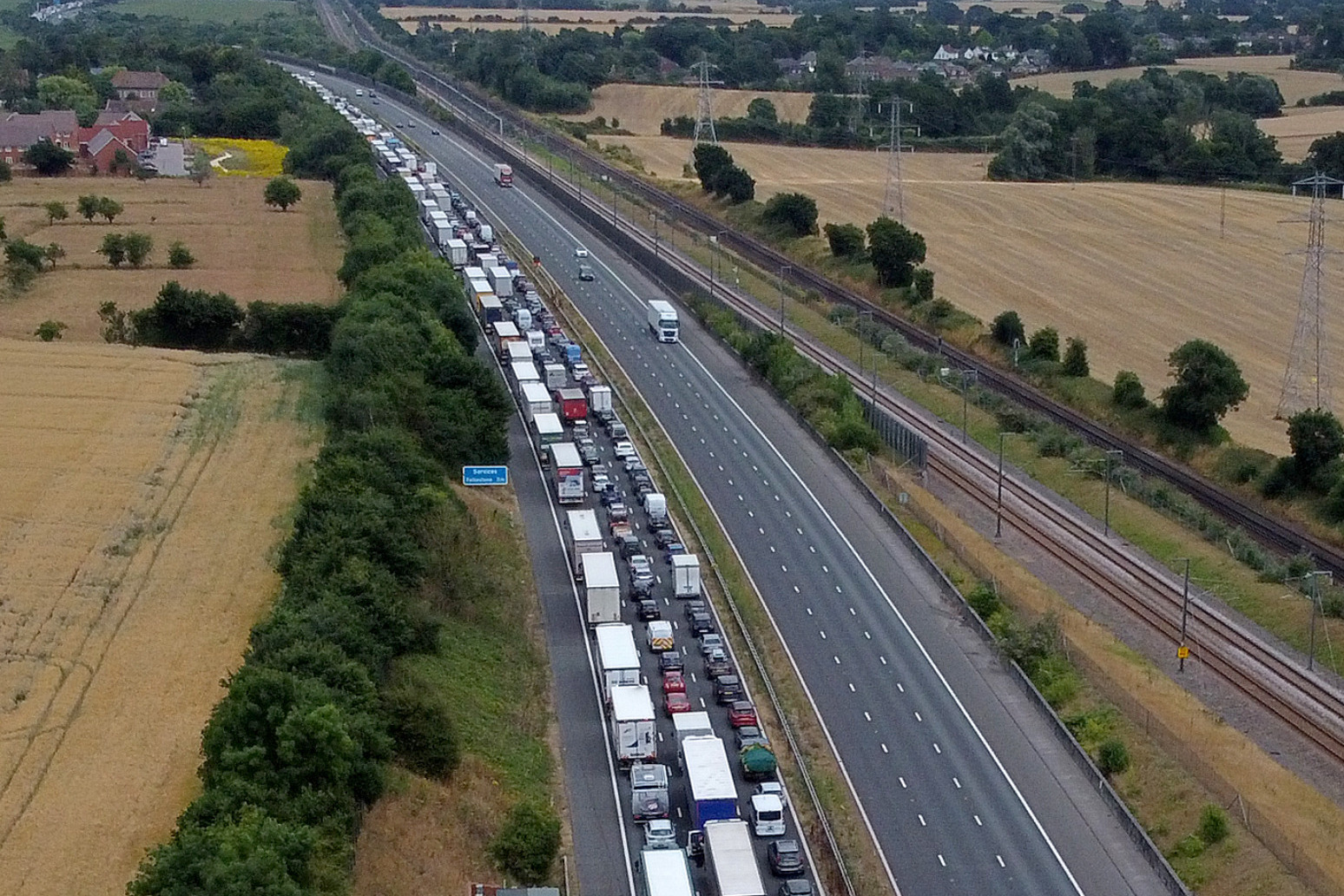 Saturday is expected to be even busier for those hoping to begin their summer getaway after holidaymakers and lorry drivers faced gridlocked roads around Dover.

Bumper-to-bumper traffic, in six-hour queues, made its way towards the Port of Dover on Friday – one of the busiest periods for foreign travel from the UK as most schools in England and Wales break up for summer.

In a statement, she said: “This awful situation should have been entirely avoidable and is unacceptable.

“We need action from France to build up capacity at the border to limit any further disruption for British tourists and to ensure this appalling situation is avoided in future.

“We will be working with the French authorities to find a solution.”

The chief executive of the Port of Dover said being “let down” by poor resourcing at the French border was “immensely frustrating”.

Doug Bannister stopped short of guaranteeing the backlog would clear in the coming days, but pledged that officials are doing all they can to address issues.

A “critical incident” was declared by the Kent port due to the queues, with tourists urged to consider staying away.

One lorry driver told the PA news agency that he had been queuing in his HGV in Dover since 6pm on Thursday, and was still waiting to cross the Channel after 10am on Friday morning.

“I’ve been in something like this before, but this is the worst,” he said.

Jack Cousens, head of roads policy for the AA, said: “As the schools closed their doors fully yesterday, Saturday could prove busier still this weekend.

“Drivers should continue to expect disruption and delays on major holiday routes to the south-west, eastern coast and ports of Dover and Folkestone.

“While many have decided to go at the start of the summer holidays, between now and the beginning of September when schools return, each Friday and Saturday will be busy on our roads.

“This is because these are the main switchover days for holiday lets.”

The port said resources at the French border increased on Friday morning and traffic was slowly beginning to move, “but it will take some time to clear the backlog”.

Apologising for the situation on Friday, Mr Bannister said they had been “let down” by French authorities.

He told BBC News: “To be let down in the way that we have with inadequate resources and slow processes through the border is just immensely frustrating.

“We’ve shared in granular detail, on an hour-by-hour basis, the amount of traffic we were anticipating, so it was completely known what we needed to have in place at the French border.”

He said Saturday is also likely to be busy, adding it is “just the start of a very busy summer for us”.

Asked whether he can reassure travellers planning a trip over the coming days that the backlog will ease, he said: “I really wish I could – we’re putting all the attention we possibly can do on ensuring there will be enough resources in place to manage this very busy first weekend of the summer.”

Passengers embarking on cross-Channel sailings from Dover must pass through French border checks before they can board a ferry.

The port said in a statement that it had increased the number of border control booths by 50%.

It went on: “Regrettably, the PAF (police aux frontieres) resource has been insufficient and has fallen far short of what is required to ensure a smooth first weekend of the peak summer getaway period.”

Ms Elphicke said there had been “weeks of preparation” for this week by the port, the Department for Transport and Kent Resilience Forum, and “much work with French counterparts too”.

She said: “Despite all this, French border officers didn’t turn up for work at the passport controls as needed. This has caused massive delays.”

The AA said its latest data showed other ports, such as Portsmouth and Newhaven ferry ports, were running reasonably smoothly.

The RAC said an estimated 18.8 million leisure trips are planned in the UK between Friday and Monday.

That is the most since the company began tracking summer getaway numbers in 2014.

Transport analytics company Inrix predicted the M25 – London’s orbital motorway – will see some of the worst jams due to the summer getaway, singling out the stretches between Bromley and the Dartford Crossing; Maple Cross and the M3; and the M23 to the M40.

The A303 near Stonehenge in Wiltshire, the M4 between Cardiff and Newport in South Wales, and the M5 south of Bristol are likely to see queuing traffic.

Grant Shapps has said he is “working closely” with the French transport minister.

The Transport Secretary tweeted: “There’s been severe delays today at Dover & so I’m working closely with my opposite number Clement Beaune to address the issues that caused tailbacks.

“I welcome his commitment that both Britain & France will work closely to minimise further disruption so people can get away quickly.” Fine wine is key to long and happy life

That's according to a veteran marking his 102nd birthday Fine wine and good food are the secret to a long life, according to a Second World War pilot who celebrated his 102nd birthday this week. Harry Gamper was born in 1920 and celebrated his milestone on Tuesday at Malin Court Care Home in Maidens, South Ayrshire, having been unable to mark his 100th birthday properly in 2020 due to the […]