I was ‘losing my mind’ waiting for race to start, says Keely Hodgkinson 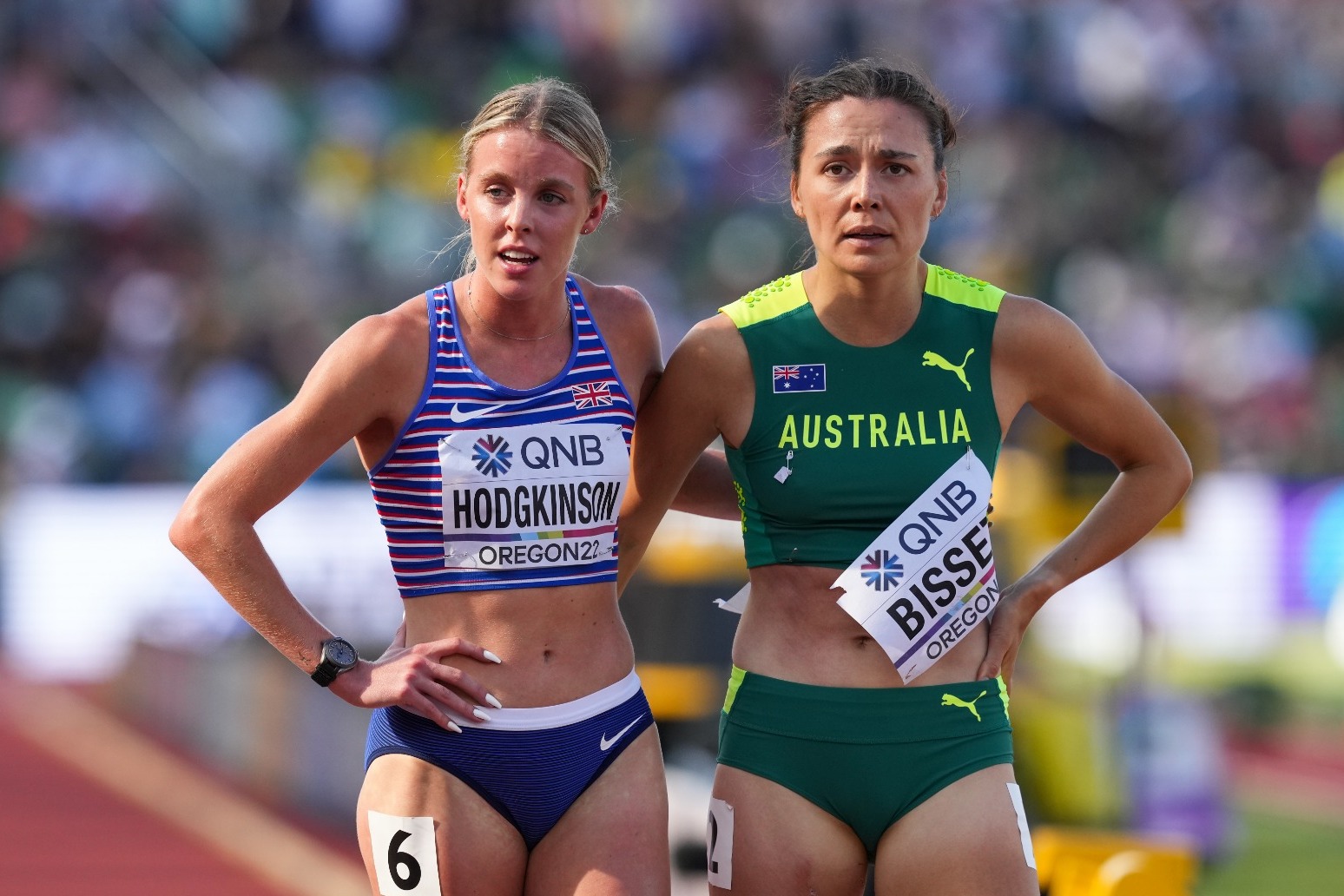 Keely Hodgkinson admits she was fed up waiting to start her World Championships campaign.

The 20-year-old, who won Olympic silver last year, eased into the 800m semi-final in two minutes 00.88 seconds at Hayward Field on Thursday.

She avoided trouble when Australia’s Catriona Bissett – who was eventually advanced to the semi by the judges – was tripped and fell in the final 100m and will race again in Eugene on Friday.

“I’m glad I’ve started, I’ve been here so long. I was losing my mind,” said Hodgkinson. “I’m glad to be back moving round, feeling like myself again and looking forward to the next round.

“There’s always a surprise, especially in the semi-final, so I need to stay on my toes and make sure I get through.

“I felt my ankle clipped two or three times but luckily I didn’t fall and I’m thankful for that. I’m happy to be in the next round.

“I wasn’t expecting it to be such a quick pace at 400m and I am just happy to get through. There were a few bumps, when I tried to take the lead there was some chipping at my feet.

“I am healthy, my body is in one piece, ready to go, and I’m just taking it round by round.”

Jeema Reekie, fourth at last year’s Olympics, was second in her heat to reach Friday’s semi in America with Ellie Baker and Alex Bell also progressing.

“I felt really good and I felt strong, I’m excited to take that on to the semi-final and hopefully do the same again and get myself to the final on Sunday,” said Reekie.

“I felt really confident in myself and strong and relaxed. That’s what I have needed all season, to go out there and feel myself and I went out and felt really good.”

In the men’s 800m semi-final Daniel Rowden and Kyle Langford missed out on the final with Max Burgin, the fastest man in the world over the distance this year, having pulled out on Wednesday with a calf injury.

Marc Scott reached the 5,000m final via a non-automatic qualifying spot but Sam Atkin and Andrew Butchart did not get through.

Ben Williams was also unable to progress past triple jump qualifying after only posting 15.98m. Teachers and school leaders have accused the Government of putting schools “on the brink of a full-blown funding crisis” with their offer on teacher pay. Five education unions, representing the vast majority of teachers and school leaders across England, have warned that the Government’s pay award will be damaging to education, exacerbating the recruitment crisis while schools are burdened with additional costs at a time of rising inflation. This week, […]