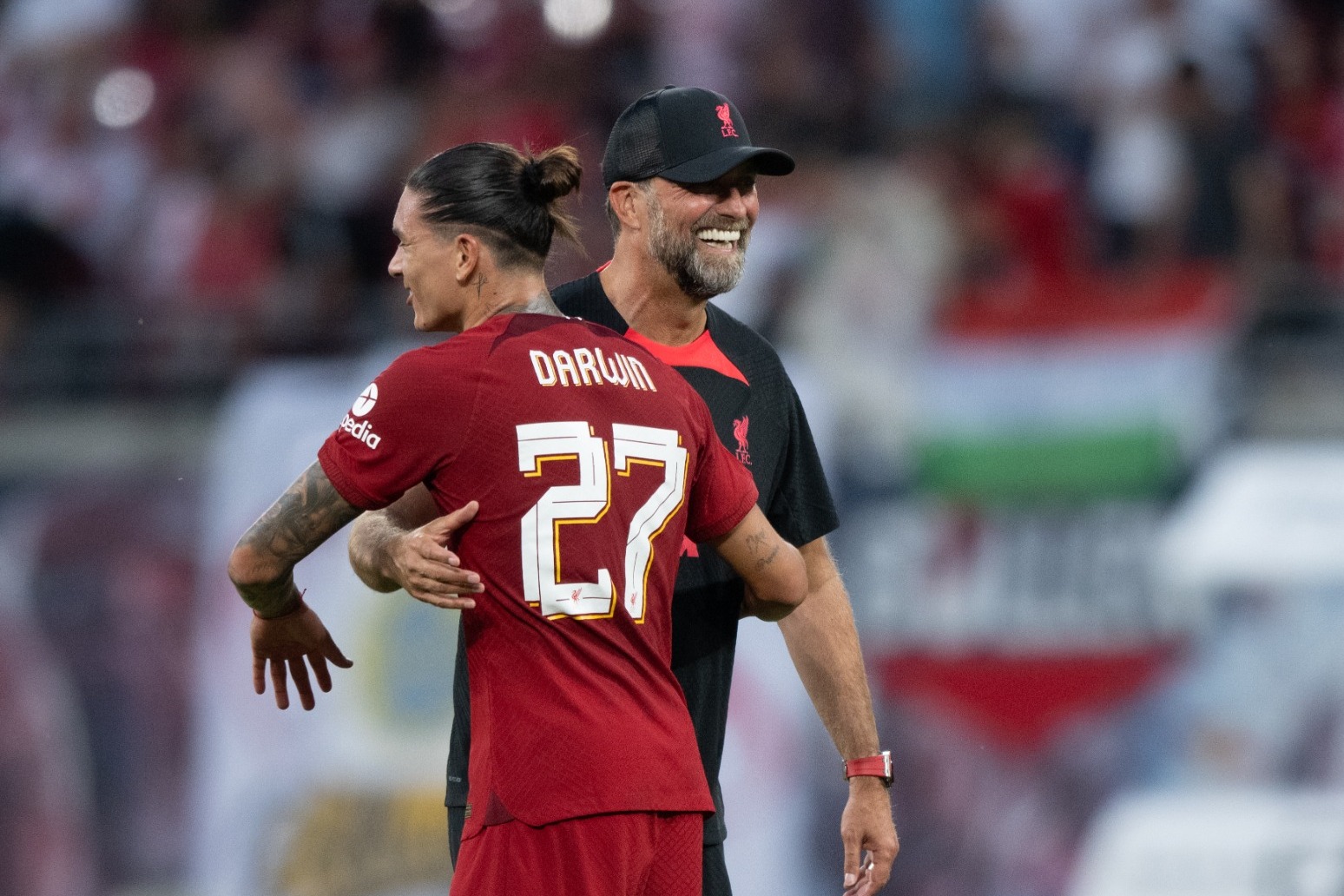 The Reds boss said the Uruguay international, who joined this summer in what could be a club-record £85million move from Benfica, would not be a “normal human being” if he did not feel some pressure associated with the fee.

There had been some criticism on social media after the 23-year-old did not score in two 30-minute appearances in Liverpool’s first two pre-season friendlies in Thailand and Singapore but Nunez rectified that with four goals as a second-half substitute in the 5-0 victory over RB Leipzig.

“We always think that if you pay a lot of money then the players feel no pressure or whatever,” said Klopp.

“This generation of players read social media, which is really not smart, but they do. All of a sudden you get in a rush and these kinds of things.

“That’s (scoring) the best way obviously to stop all these discussions. He’s a different striker to what we have or what we had, but he’s a really good one.”

Liverpool’s 19-year-old midfielder Tyler Morton, who enjoyed a breakthrough with Premier League and Champions League debuts last season, is understood to be close to joining Championship side Blackburn on loan. The Duke of Sussex has won a bid to bring part of his High Court claim against the Home Office over his security arrangements while in the UK. Harry is taking legal action over a decision not to allow him to pay for police protection for himself and his family when visiting from north America. In the first stage of the case earlier this month, the duke’s lawyers asked Mr […]