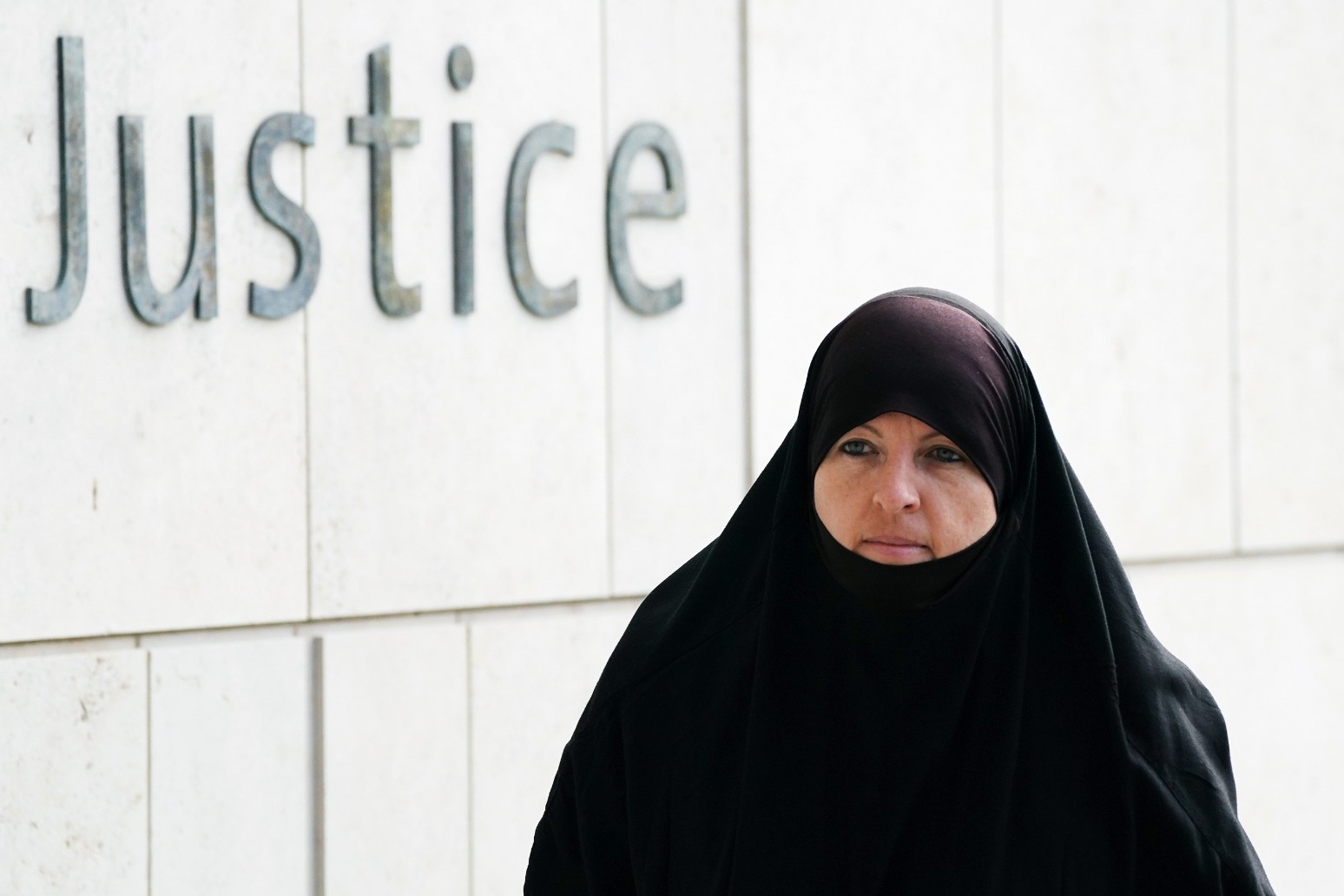 Former Irish soldier Lisa Smith has been sentenced to 15 months in prison for being a member of the so-called Islamic State (IS) terror group.

The 40-year-old ex-Defence Forces member was found guilty in May of IS membership but was cleared of a separate charge of financing terrorism after a nine-week trial at Dublin’s Special Criminal Court.

She was granted bail ahead of sentencing.

Smith, a convert to Islam, went to Syria in 2015 after terrorist leader Abu Bakr al-Baghdadi called on Muslims to travel to the country.

She had pleaded not guilty to charges of membership of IS and providing funds to benefit the group.

Passing sentence on Friday, presiding judge Mr Justice Tony Hunt said Smith, from Co Louth, had “aligned herself” to a foreign terrorist organisation, which he described as “serious” for an Irish citizen.

He acknowledged that the evidence showed she had “followed rather than led”, adding: “She may have been easily led but then displayed characteristics of resilience – the rejection of her family, travelling to Syria and remaining there to the bitter end.”

He said the judges in the case had taken into consideration Smith’s previous “good character” and the fact that she had made a “positive contribution to society during her military service”.

The judge added that she had had a “tough time in Syria” but that it was a “foreseeable consequence” of joining IS.

He said the three-judge, non-jury court had accepted that Smith had suffered from domestic violence during her marriage in Syria, but there has since been a dramatic change in her life.

“She’s now a mother in care of a young child,” he told the court.

The judge said he is satisfied that she is not likely to reoffend and that her focus is now on her daughter.

Describing the trial as “novel”, he added: “There is no basis that she is a source of present danger.”

He said the judges had accepted that life in the Syrian camps was “arduous” and the “equivalent” of being in prison, and that they had given a “substantial” discount off Smith’s sentence because of this.

The maximum sentence for the offence is eight years.

Smith, from Dundalk, was described in court earlier this month as an “extremely vulnerable person” who was “treated like a servant” by her late husband when in Syria.

The details emerged during a sentencing hearing on July 11 as her barrister argued that she should receive a suspended sentence.

Michael O’Higgins SC told the court that the state of Smith’s marriage to a man, who the prosecution has claimed was a member of IS, while in Syria was “a very relevant factor in mitigation”.

Mr O’Higgins said the conditions endured by Smith in a Syrian camp, combined with the strict bail conditions imposed on her for two-and-a-half years in Ireland, meant that a suspended sentence was warranted.

The court heard that, after leaving Baghuz, Ms Smith stayed at the Al Hawl camp from February to mid-April in an “undercurrent of fear”, with guards patrolling the area and “dogs let out at night”.

Her barrister said that if those two arguments were not accepted, there should be a sentence at the “lower end”, particularly considering Smith’s child and “all of the very unusual circumstances”.

The verdict in the case was read out by Mr Justice Hunt on May 30.

In his judgment, he acquitted her of the financing terrorism charge, saying it could not be proved beyond reasonable doubt that when she sent 800 euro to a man in 2015 it was specifically for the purpose of supporting the IS group.

But he said the prosecution had established beyond reasonable doubt that Smith took up membership of IS when she crossed the border into Syria in October 2015.

The judge told the court that Smith’s online communications with various people showed that “her eyes were wide open” to the situation in the land to which she “fervently wished” to return. He spent six years at St James’ Park S toke have confirmed the signing of Newcastle striker Dwight Gayle for an undisclosed fee. Gayle, who spent six years at St James’ Park, has agreed a two-year deal with the Potters and is their sixth summer signing. The 32-year-old told Stoke’s official website: “I’m buzzing to be here and I can’t wait to get started now. “There were a few parties […]