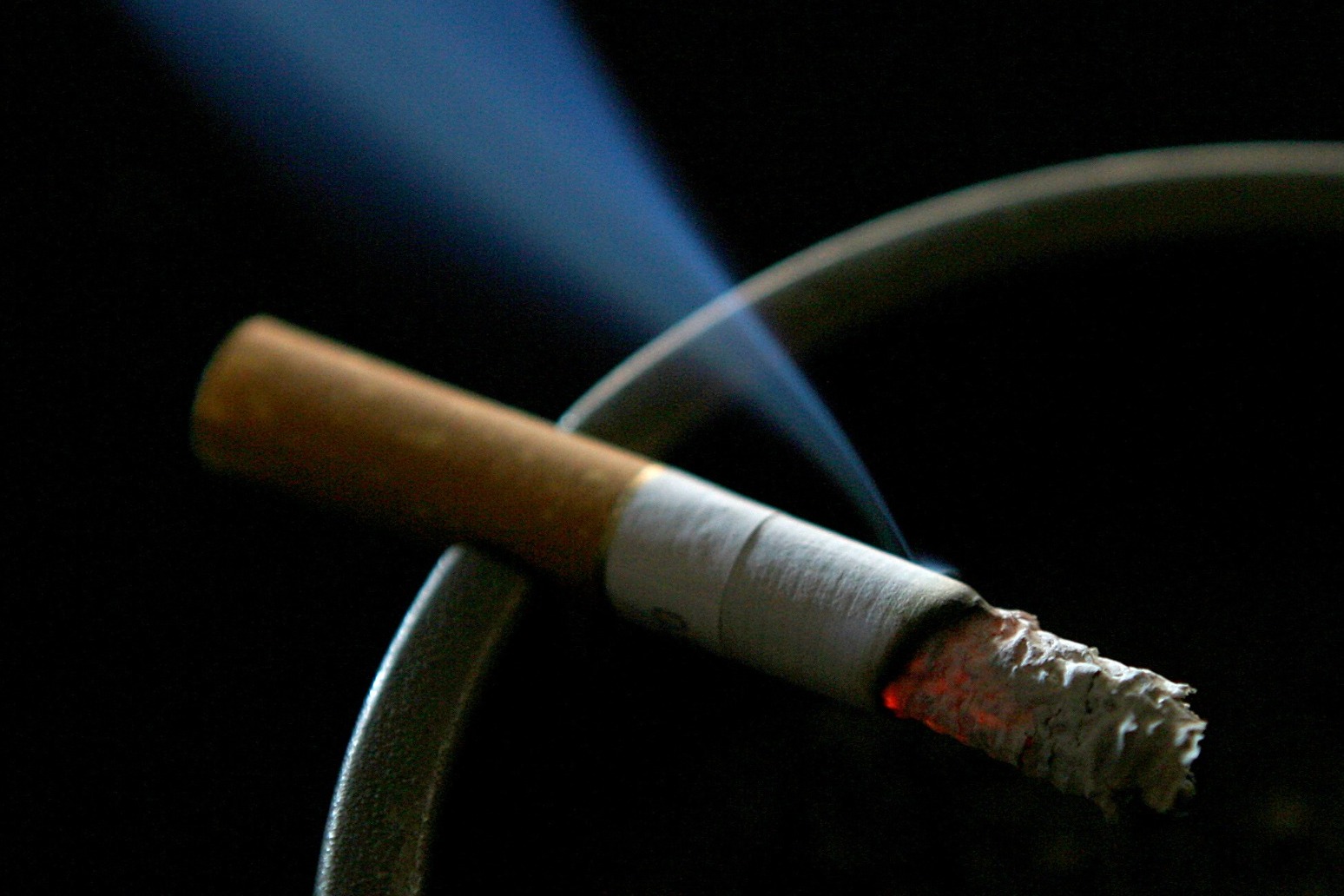 Tobacco firms could be forced to pay a “polluter” tax to help smokers quit, while the legal age for buying tobacco should rise every year, according to a Government-commissioned review.

The minimum age at which people can buy a tobacco product in England should go up by a year annually until the point where no-one can buy them, said Dr Javed Khan, who led the study into how England can become smoke-free.

Among his 15 recommendations, Dr Khan issued four “critical must-dos” for the Government to be acted upon immediately, including an extra £125 million per year to fund the support that smokers need to help them quit.

This should include investing an extra £70 million per year in stop smoking services, “ringfenced for this purpose”, the report said.

“If the Government cannot fund this themselves, they should ‘make the polluter pay’ and either introduce a tobacco industry levy, or generate additional corporation tax, with immediate effect,” it added.

The second “must-do” is to increase the age of sale from 18, by one year every year, until no-one can buy a tobacco product.

The third call is to promote vaping as an “effective tool to help people to quit smoking tobacco”, which, although not a risk-free “silver bullet”, is better than smoking.

Fourthly, prevention “must become part of the NHS’s DNA”, Dr Khan said, adding that the health service must do more to advise and support smokers to quit “at every interaction they have with health services”.

At the moment, the Government is on track to miss its target to make England smoke-free by 2030, which means 5% or fewer adults smoke.

Smoking causes nearly one in five cancer cases and more than one in four cancer deaths each year in the UK. Almost six million people in England still smoke.

Around one third of adult tobacco consumption is by people with a current mental health condition and they are twice as likely to smoke as the general population.

Dr Khan put the annual cost to society of smoking at around £17 billion (£2.4 billion to the NHS alone) and said “making smoking obsolete in England would lift around 2.6 million adults and one million children out of poverty”.

Dr Khan, former chief executive of children’s charity Barnardo’s, also called for a tobacco licence for retailers to limit the availability of tobacco across the country, a rethink of the way cigarette sticks and packets look to reduce their appeal, and a mass media campaign to encourage smokers to quit.

The Government should also ban online sales for all tobacco products and ban supermarkets from selling tobacco.

Furthermore, Dr Khan said the Government should “substantially” raise the cost of duties (more than 30%) across all tobacco products to make smoking more expensive and abolish “all duty-free entry of tobacco products at our borders”.

An extra £15 million per year must be invested for enforcing crackdowns against the sale of illicit tobacco and giving “trading standards the power to close down” retailers known to be selling it.

Dr Khan said that without further action now, England will miss the smoke-free 2030 target by at least seven years, with the poorest areas not meeting it until 2044.

He added: “While we have had great success in reducing smoking rates, the rate of decline has now become a small trickle, year on year.

“If we do nothing different, smoking will cause over half a million more deaths by 2030.

“Even if we reached the target of 5% by then, we would still have two million smokers, two-thirds of whom will die from smoking unless they quit.

“Is that ambitious enough? To truly achieve a smoke-free society in this great country of ours, smoking should be obsolete…

“The benefits of making smoking obsolete are a multitude – whether in population health, social or economic benefits.

“Recognising that the poorest, the least educated and least skilled, the underemployed suffer the most from smoking and its effects, the Government’s levelling-up ambitions can’t be fully delivered without tackling smoking.

“The Government now has the opportunity to make our country a place where cigarettes disappear from our shops. To make this a country where the tobacco industry won’t want to trade…

“To truly achieve a smoke-free society in our great country, we need to commit to making smoking obsolete, once and for all.”

Dr Khan said he is setting “an ambitious, but realistic, target” to ensure every community in every area is below 5% smoking by 2035, and an ambition of making smoking obsolete by 2040.

The Royal College of Physicians backed the review’s findings, while Labour said it “presents an opportunity for a step change” in preventing thousands of deaths.

But Simon Clark, director of the smokers’ group Forest, said “creeping prohibition won’t stop young adults smoking” and the sale of tobacco will be driven underground, with consumers buying on the black market.

The remains of Europe’s largest ever land-based hunter which measured more than 10 metres long and lived 125 million years ago have been found on the Isle of Wight. Several prehistoric bones belonging to the two-legged, crocodile-faced spinosaurid dinosaur were discovered on the island off the south coast of England and have been analysed by scientists from the University of Southampton. The spinosurid would have lived at the beginning of a period of rising sea levels and would have stalked […]