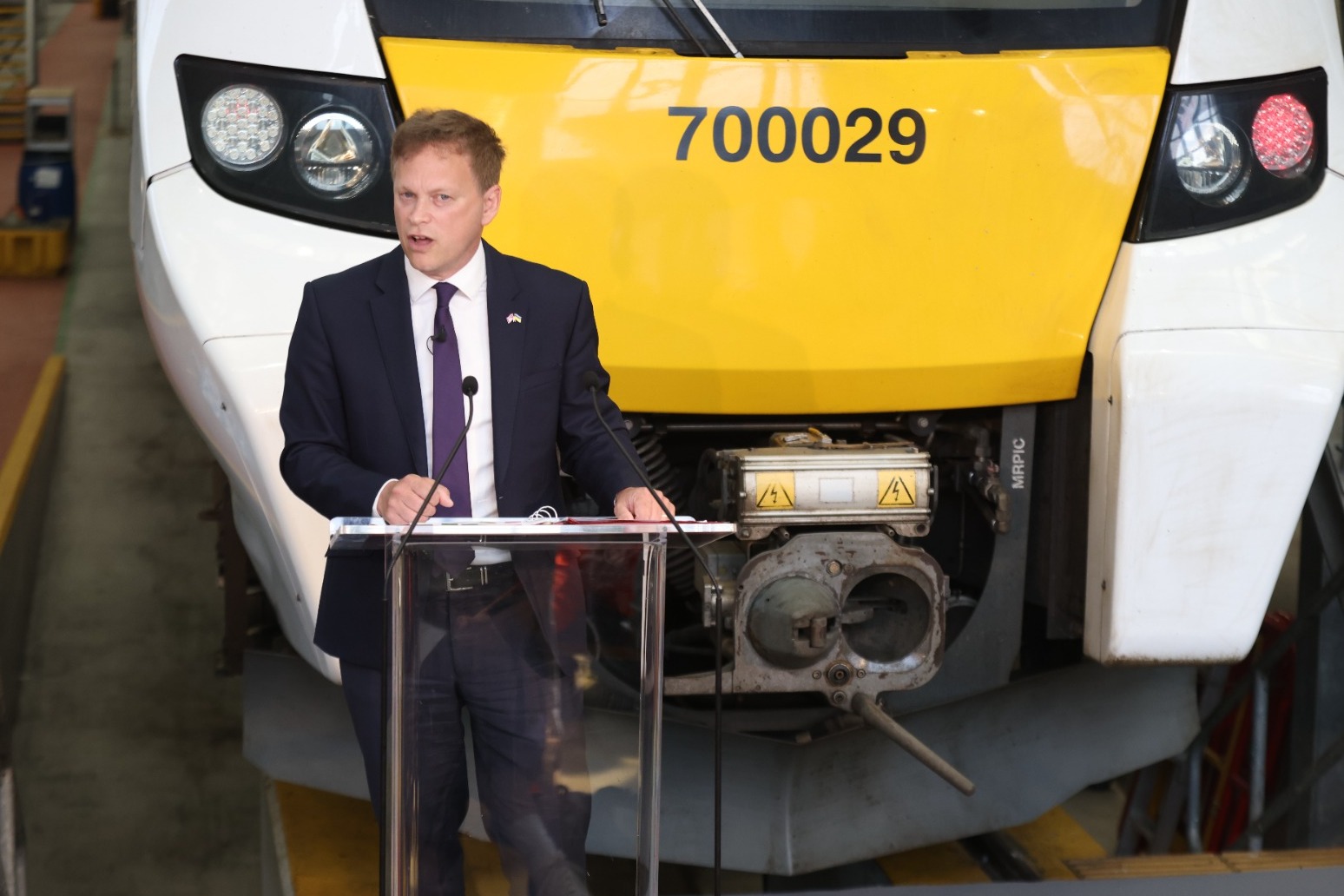 The Cabinet minister described the industrial action as an attempt to “derail reforms that are critical”.

Half of Britain’s rail lines will be closed during strikes on June 21, 23 and 25 by the Rail, Maritime and Transport union (RMT).

Transport for London (TfL) also “strongly encouraged” people not to travel on London Underground on June 21 because of a 24-hour walkout by the RMT and Unite.

The disputes have flared over pay, jobs and conditions.

In a speech at a train depot in north London, Mr Shapps said: “These strikes are not only a bid to derail reforms that are critical to the network’s future, and designed to inflict damage at the worst possible time, they are also an incredible act of self-harm by the union leadership.

“Make no mistake, unlike the past 25 years, when rising passenger demand year after year was taken for granted by the industry, today the railway is in a fight.

“It’s not only competing against other forms of public and private transport. It’s in a battle with Zoom, Teams and remote working.

“In case the unions haven’t noticed, the world has changed.”

He issued an appeal to rail workers, saying he believes they are “less militant” than their union leaders.

“Don’t risk striking yourselves out of a job,” he said.

“Don’t pitch yourselves against the public.

“Let’s fix this situation and get back to building a better railway.”

Mr Shapps admitted the strikes are “going to cause misery”.

He said the Government is planning to introduce a “range of options” to respond to future industrial action, including on the use of agency workers.

He also said “we will ensure season ticket holders will be able to claim full compensation on strike days”.

This will be in place during next week’s industrial action. Oscar-winning actor Kevin Spacey “strenuously denies” allegations that he sexually assaulted three men, a court has heard. The 62-year-old former Hollywood star was not asked to enter pleas to four counts of sexual assault and one count of causing a person to engage in penetrative sexual activity without consent when he appeared at Westminster Magistrates’ Court on Thursday. Deputy District Judge Tan Ikram granted him unconditional bail ahead of his […]