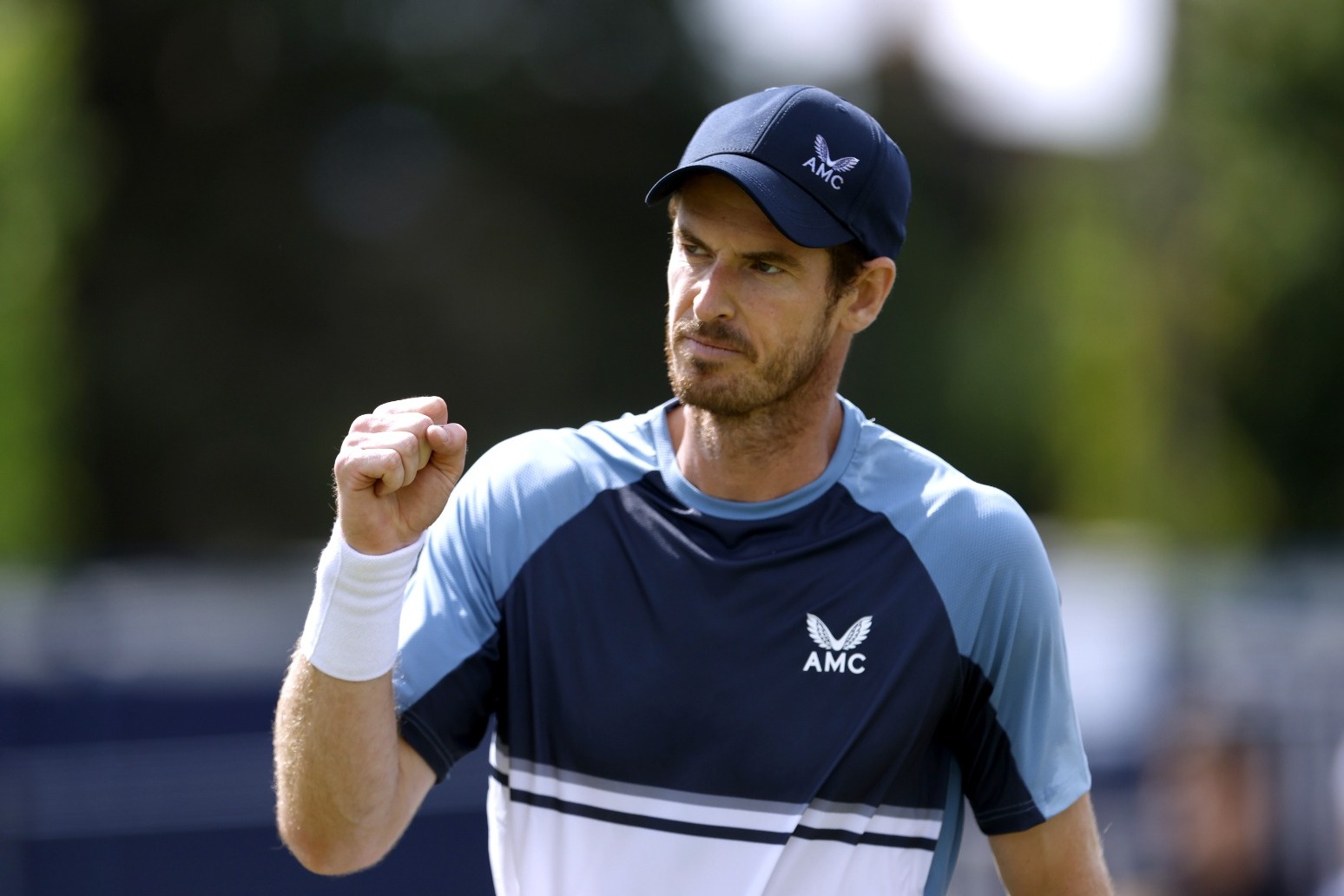 Andy Murray took another step towards a first singles title on grass in six years but only after he came through a testing match with Gijs Brouwer to win 7-6 (4) 7-6 (3) and progress into the Surbiton Trophy quarter-finals.

The three-time grand slam winner needed almost two hours to see off the Dutchman, who had come through qualifying to make the last-16 of the ATP Challenger Tour event.

Murray had skipped the French Open in order to start preparations for Wimbledon early and followed up Monday’s routine triumph over Jurij Rodionov with a more trick victory this time.

He will be back in action at the southwest London venue on Friday against fifth seed Brandon Nakashima aiming to taste success on this surface for the first time since his win at SW19 in 2016.

Like during his opening match at Surbiton Racket & Fitness Club, Murray started with an ace to delight those packed into the 604-seater Centre Court with long-serving physio Shane Annun and strength and conditioning coach Matt Little again sitting amongst the spectators.

Brouwer held his own during the opening exchanges and sent down a couple of aces before he had to save two break points in the sixth service game.

It was Murray’s turn to be on the back foot at 5-5 but he eventually held before a tie-breaker was required to decide the opener.

The serve of the former Olympic champion had been impressive throughout the first set and two more aces were followed by an exceptional backhand winner down the line to edge the tie-break by a 7-4 score.

Murray had won inside 58 minutes on Monday but with this opener lasting six minutes less, it highlighted the challenge being provided by world number 230 Brouwer.

It continued in the same vein in the second and while the double Wimbledon champion saved one break point in the fourth game, he could not repeat the trick in his next service game and trailed 4-2.

An instant response was produced by Murray, who showed great movement to reach a shot at the net to get the set back on serve.

Brouwer maintained his level to ensure the Briton twice served to stay in the set, which he did to force another tie-break.

Murray’s quality shone through there with a mixture of fine returning and excellent serving seeing him win 7-6 (4) 7-6 (3) in one hour and 50 minutes.

It made it back-to-back victories on grass and three more will ensure he lifts silverware in England again on Sunday. England began the Ben Stokes era with a bang, dismissing New Zealand for just 132 on day one of the first LV=Insurance Test at Lord’s. Led for the first time by the captain-coach pairing of Stokes and Brendon McCullum, with new director of cricket Rob Key also watching on, England enjoyed a glorious start to the international summer at the home of cricket. Stokes had publicly declared his side were […]