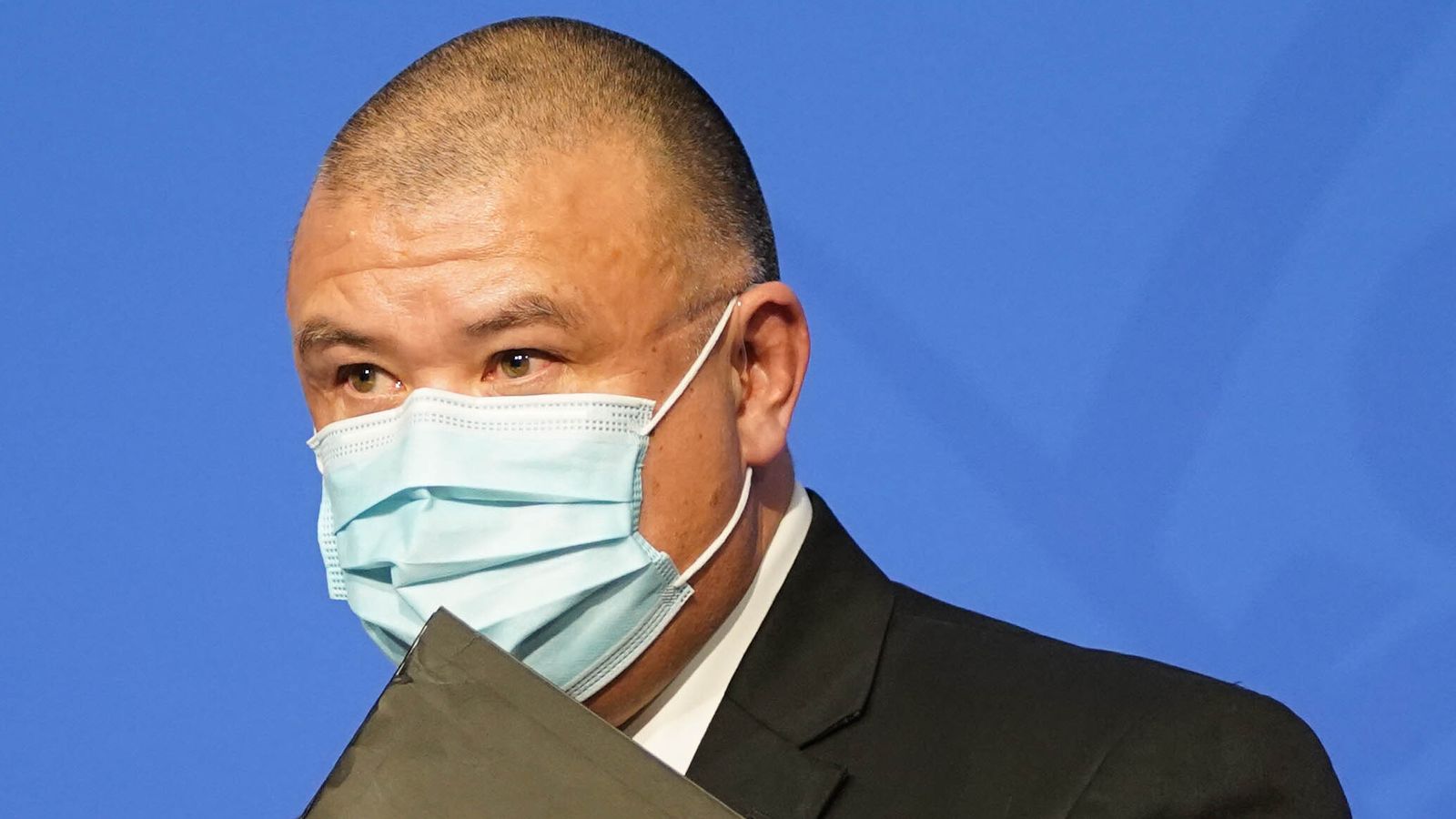 Sir Jonathan, who was recently knighted, is departing his role to take up a new post at the University of Nottingham.

The health secretary said it has been “an honour” to work with Sir Jonathan and wished him “all the best for the future”.

“It has been an honour to work with JVT and I am hugely grateful for his advice & the vital role he has played in our vaccination programme,” he posted on Twitter.

Sir Jonathan – or JVT, as the prime minister likes to call him – became a household name during the COVID pandemic, known for his football analogies during the Downing Street news briefings.

In a statement announcing his departure, he described his time as deputy chief medical officer as “the greatest privilege” but “the most challenging of my professional career”.

Sir Jonathan has been on secondment to the Department of Health from the University of Nottingham since 2017.

He will return to be the Pro-Vice-Chancellor for Faculty of Medicine and Health Sciences and stand down as deputy chief medical officer at the end of March.

Sir Jonathan said: “My time as DCMO have been the most challenging of my professional career, especially the COVID response.

“We all wish COVID had never happened. Notwithstanding, it has been the greatest privilege of my professional career to have served the people of the UK during this time.

“I want to pay tribute to Professor Chris Whitty, the CMO team, my fellow scientists, public health professionals and clinicians whose support, wisdom and energy has been inspiring.

“There are countless numbers who work behind the scenes – all of whom have an unrelenting commitment to help and support the British public. It has been an honour to work with them all.”

Sir Jonathan is widely known for his use of colourful quotes to break down the otherwise complex scientific data at the government’s coronavirus briefings.

His most memorable creative takes – labelled affectionately by some as ‘Van-Tamisms” on the latest medical advice include:

• “Follow the guidance. Don’t tear the pants out of it, and don’t go further than the guidance actually says.”

• “So this is like getting to the end of the playoff final. It has gone to penalties, the first player goes up, scores the goal. You haven’t won the cup yet, but what it does is it tells you the goalkeeper can be beaten.”

• “I think the mum test is very important here. My mum is 78, she’ll be 79 shortly, and I’ve already said to her: ‘Mum, make sure when you’re called you’re ready – be ready to take this up, this is really important for you because of your age and just be ready to be called’.”

• “It’s the second penalty now, that has also gone into the back of the net, so we are starting to feel in a better position.”

• “The train has now slowed down safely, it has now stopped in the station and the doors have opened.”

• “This is a complex product with a very fragile culture. It is not a yoghurt that can be taken out of the fridge and put back in multiple times.”

• “This whole concept is like a hose pipe in your garden with a tap at one end, and when you turn that tap off, water still comes out for a few seconds before it dies down.”

• “If everyone in a certain area turns on their sprinkler in the garden at the same time, the water pressure will go down for a while.”

University of Nottingham Vice-Chancellor Professor Shearer West said the university is “incredibly proud” of Sir Jonathan’s work, adding that the institution is “delighted” that he will be returning.

“His academic and leadership expertise is second to none, and the integrity that he has demonstrated in his government role is fully aligned to our values. I know that he will take our university’s reputation for excellence in medicine and health sciences to new heights,” Prof West said.

People travelling from the UK to France will no longer have to self-isolate on arrival or show proof that their trip is essential from Friday morning.However, the requirement for a negative COVID test, conducted 24 hours before their visit, remains in place.Those who provide a negative result will also need to be fully-vaccinated.The decision to end the ban on non-essential travel is a major boost for travel firms and the […]