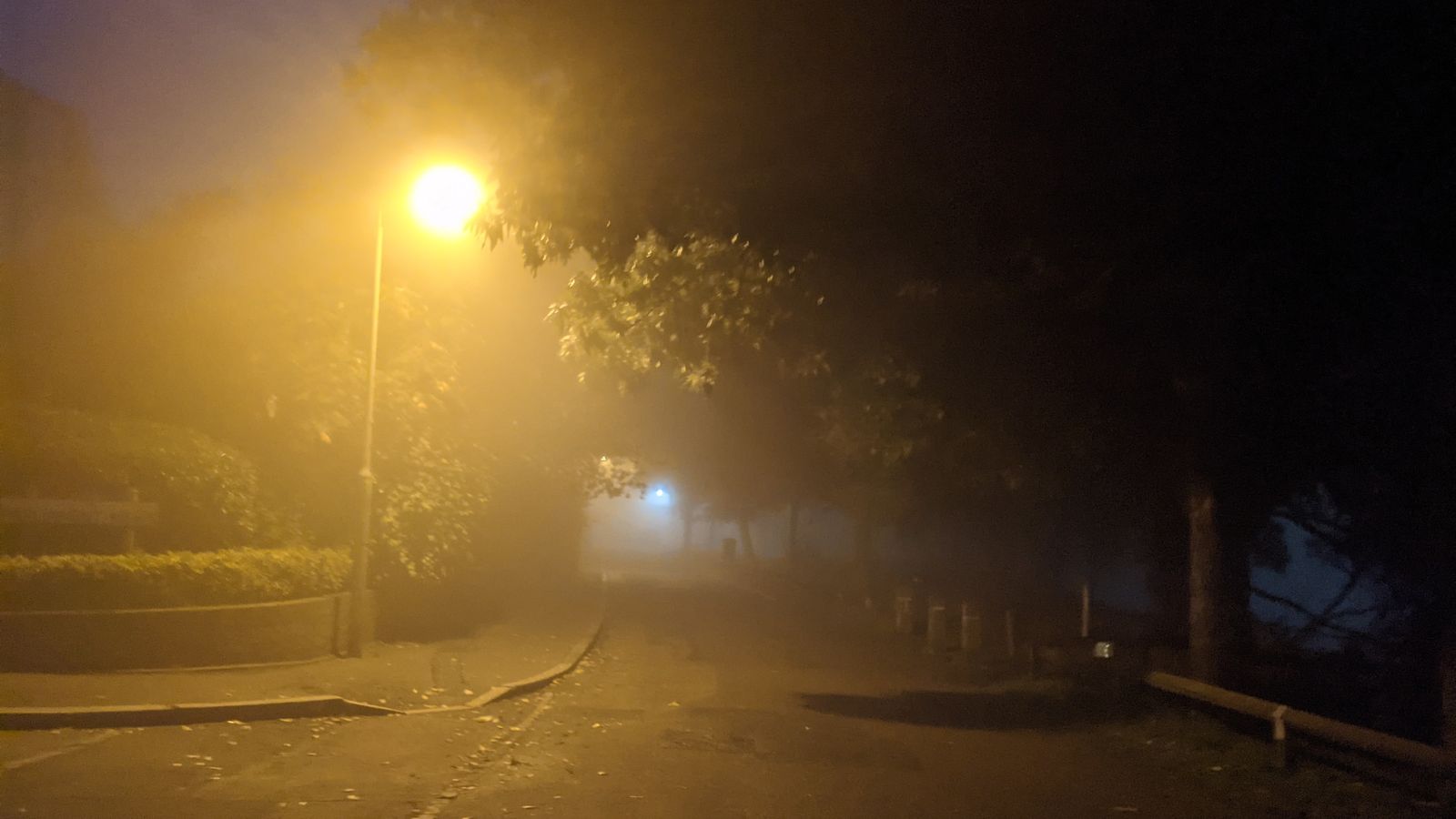 The Met Office has issued a yellow weather warning for dense fog across southern parts of England until tomorrow, with the severe weather conditions potentially cancelling flights.

The warning will be in place from 10pm tonight across the East and West Midlands, London, East Wales, the South East and East of England, and is expected to be lifted at about 12pm tomorrow.

The Met Office also issued a statement on its website warning people about travel disruption over the coming hours as visibility could drop “lower than 100 metres at times”.

Check the five-day weather forecast for where you live

The alert said: “Fog patches are expected to form during Tuesday night, becoming dense and freezing in places by dawn on Wednesday, particularly in river valleys with visibility less than 100 metres at times.

“Fog will thin slowly later Wednesday morning, although a few patches may persist into the afternoon over the south-west Midlands.”

The forecaster added the fog could cause “slower journey times with delays to bus and train services”, or even “a chance of delays or cancellations to flights”.

Elsewhere, the Met Office said that after the fog warning lifts tomorrow, southern and central areas could see sunny conditions.

Temperatures are expected to be mostly near average before frost and fog returns once its dark.

In northern Scotland, it may also be windy with patchy rain.

The outlook between Thursday to Saturday warned of colder conditions in the South with fog returning due to low cloud, which could become more widespread as the weekend progresses.

It may also be milder further in the North with occasional outbreaks of rain and stronger winds.

One of the big finance themes of 2021 was the huge amount of money poured into tech companies by the venture capital sector - and, to judge from fund-raisings already this year, 2022 looks like being no different.Today brought one of the most eye-catching fund-raisings in recent months with news that Bolt, the Estonian business that describes itself as 'Europe's leading mobility platform and first super-app', has raised €628m (£524m). […]