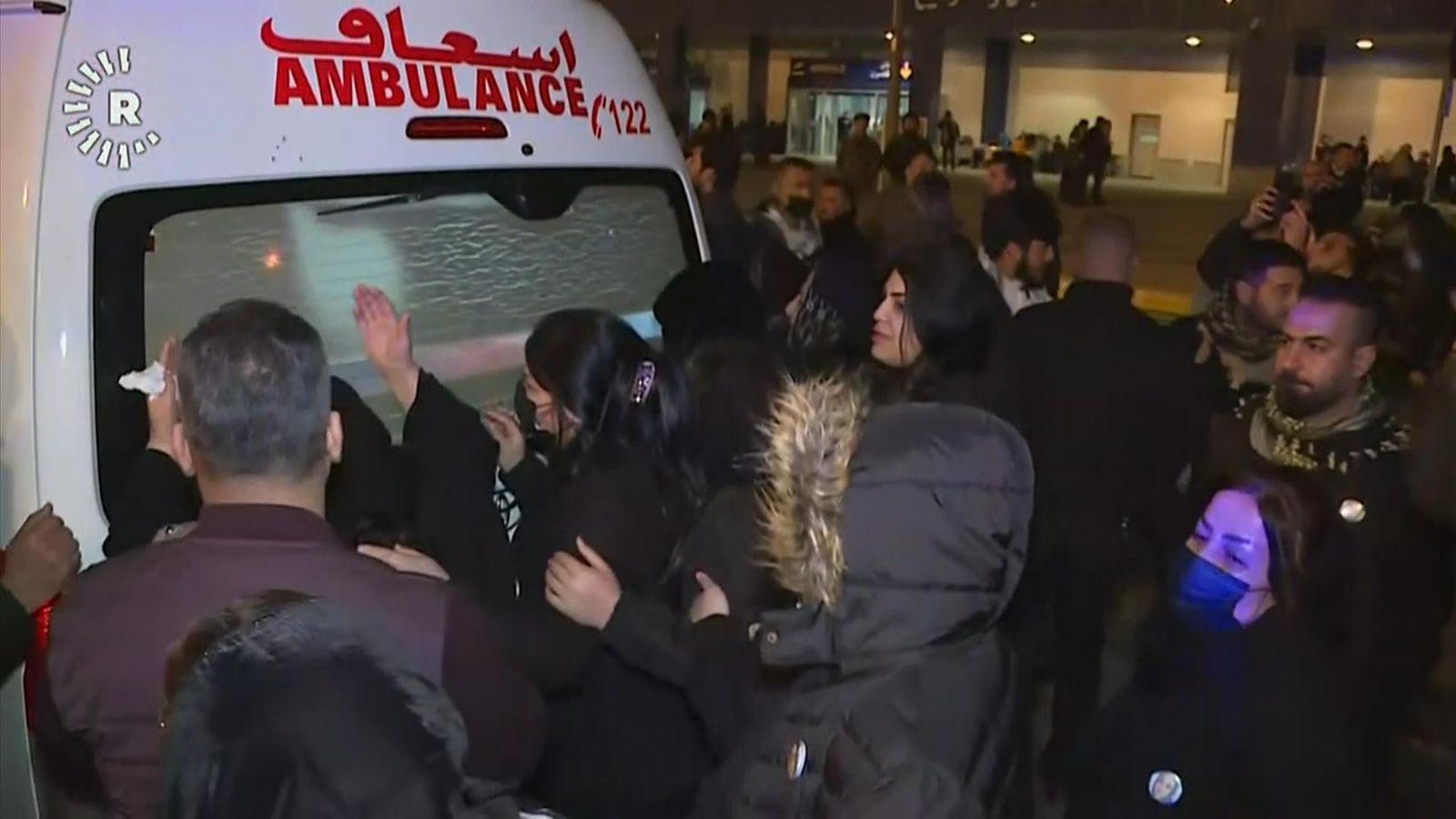 The bodies of 16 Kurdish migrants who drowned while crossing the English Channel in November have been repatriated to Iraq, according to local reports.

They were among 27 people who died near Calais after the inflatable dinghy they were travelling in deflated and capsized.

The International Organisation for Migration said it was the biggest single loss of life in the Channel since it began collecting data in 2014.

France’s interior minister Gerald Darmanin had described the boat as “very frail” and “like a pool you blow up in your garden”.

The bodies arrived at the semi-autonomous Kurdish region of Erbil’s international airport, where mourners were waiting, and were then reportedly transported by ambulance.

In video shown by the Rudaw network, relatives of the victims were seen grieving as the caskets came into the airport.

Channel crossings have risen in 2021 as increasing numbers of people risk their lives on the journey from France to the UK. At least 67 people were rescued after attempting to cross the Channel in the early hours of Christmas Day.

A large number of the migrants trying to cross the Channel throughout the year have been people from Iraq’s Kurdish region, selling off their homes and possessions to pay smugglers who promise to help them reach the European Union.

Corruption and growing unemployment are forcing people to leave the conflict-ridden country – even in prosperous areas.

New restrictions are coming into force today in Wales, Scotland and Northern Ireland in a bid to curb rising coronavirus cases.Further rules have not been announced in England, with Boris Johnson saying before Christmas that the data is being monitored but as yet does not justify stricter measures. It is understood school closures are not being considered for January. Here is what is happening across the rest of the UK. […]