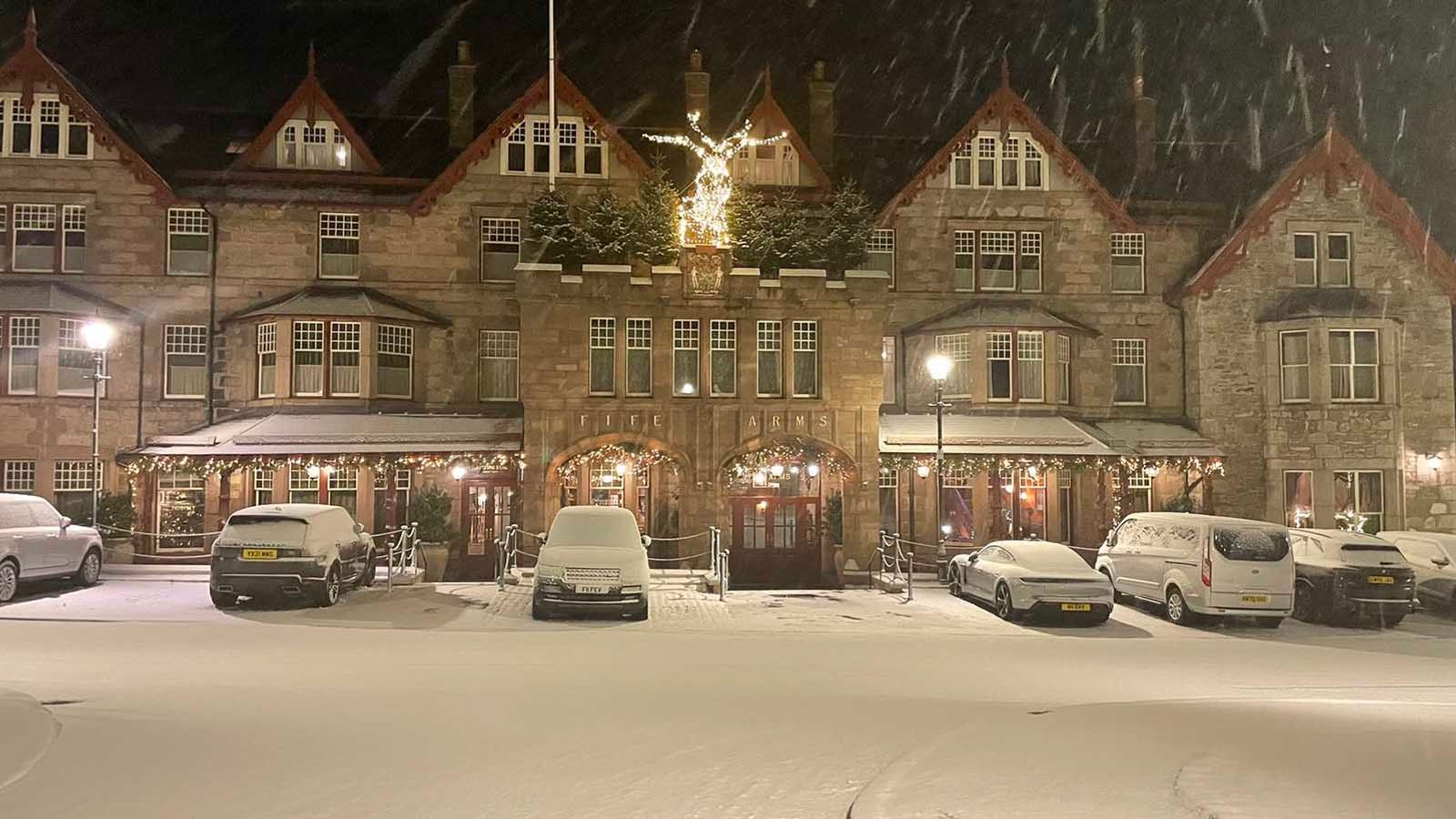 “Blizzard conditions” could hit northern parts of the UK over higher ground on Sunday, forecasters have said, as heavy rain and snow are also expected in some regions.

The Met Office has issued yellow weather warnings for snow until midday in parts of northern England, as well as southern and central Scotland.

The most severe snow is expected over higher ground – with up to five to 10cm in some areas.

Bright spells and heavy showers moving into parts of the west and south 🌦️ pic.twitter.com/649WDJz2gW

Scottish areas set to be affected include Clackmannanshire, Falkirk, Perth and Kinross, and Stirling.

Strong winds of up to 35 to 45mph in places will probably lead to difficult travel conditions across higher Pennine and Cumbrian routes, as well as the Southern Uplands.

“Temporary blizzard conditions may be encountered above around 300 or 400 metres elevation,” the Met Office said.

“These conditions will probably move into some hillier central parts of Scotland during Sunday morning, while snow turns back to rain further south.”

Meanwhile, a yellow rain warning was issued for County Armagh and County Down in Northern Ireland until 9am on Boxing Day.

Between 25mm and 40mm of rain was forecast, with up to 60mm possible.

After the recent wet weather there, local flooding is a risk.

The Met Office confirmed it had been a white Christmas in parts of the UK, with people waking up to snow in Shetland, Aboyne, Strathallan and parts of the Pennines.

Legendary disaster movie director Roland Emmerich has said the world needs more blockbuster movies on climate change to "wake up people" to the issues we are facing.The German filmmaker, whose box offices successes include Independence Day and The Day After Tomorrow, told Sky News that film studios saying they are committed to being greener need to stop commissioning superhero films which end with the world being saved. "In Marvel movies […]