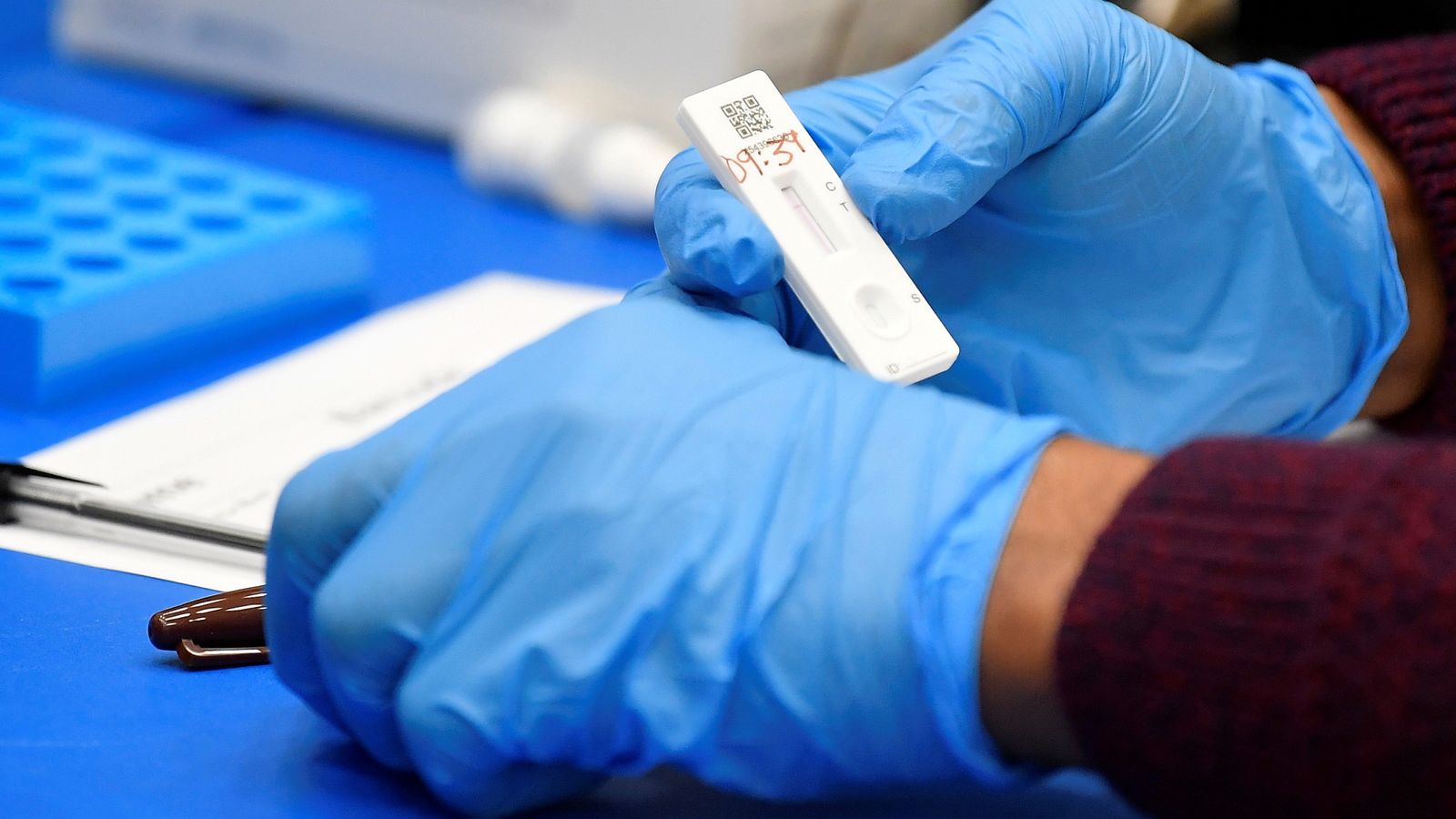 A record number of people in the UK have had COVID in a single week, new figures have shown.

The Office for National Statistics said around 1.4 million people in the UK had COVID in the week ending December 16, which was the highest number since comparable figures began in autumn 2020.

Around one in 45 people in private households in England also had COVID in the week to December 16, which was up from one in 60 the previous week.

In Wales, around one in 55 people is estimated to have had COVID in the week to December 16, although this was unchanged from the previous week and below the recent record high of one in 40.

Over in Northern Ireland, the latest estimate is one in 50 people, also unchanged from the previous week and slightly below the record high of one in 40 in mid-August.

And for Scotland, the latest estimate is one in 70, up from one in 80 the previous week and below September’s peak of one in 45.

Meanwhile, the percentage of people testing positive for the virus in the latest week is estimated to have increased in all regions of England except the North East, South West and West Midlands, where the trend is uncertain, the ONS added.

In London, around one in 30 people was likely to test positive in the week to December 16 – the highest proportion for any region.

Yorkshire and the Humber had the lowest proportion, at around one in 65.

Long-awaited plans for a new three-storey secondary school in Barnsley have been unveiled.Trinity Multi-Academy Trust was selected in 2019 by the Department for Education as the sponsor for a proposed new free school, to be known as Trinity Academy Barnsley. The school was expected to open in September, but it was revealed in May that works had been delayed due to “unforeseen circumstances, beyond the council’s control”. Read more Barnsley […]