The head of the World Health Organisation (WHO) has warned that “blanket” COVID-19 vaccine booster programmes were “likely to prolong the pandemic”.

Dr Tedros Adhanom Ghebreyesus said the widespread distribution of boosters risked diverting supply to countries that had high levels of their populations already jabbed and away from those that need it most.

That will only give the virus “more opportunity to spread and mutate”, the WHO director-general told a news conference.

The comments confront developed countries such as Britain that are rolling out booster programmes – as they face a wave of Omicron infections – with stark figures illustrating the unequal distribution of vaccines across the world.

While half the WHO’s member states have yet to reach a target of delivering vaccines to 40% of their populations, a fifth of doses being administered currently are being given as boosters.

Yet the remarks also carried a warning that such programmes will not end the pandemic and that the inequity they are blamed for is likely to backfire.

“No country can boost its way out of the pandemic,” Dr Adhanom Ghebreyesus said.

“And boosters cannot be seen as a ticket to go ahead with planned celebrations without the need for other precautions.”

The WHO chief said it was “frankly difficult to understand” how a year after the first jabs were administered, three in four health workers in Africa remained unvaccinated. 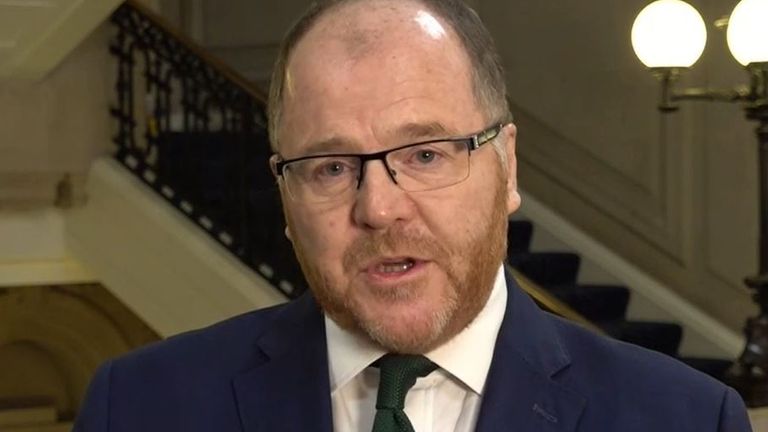 He said that while some countries rolled out booster programmes, only half of the WHO’s member states had been able to reach a target of vaccinating 40% of their populations by the end of the year “because of distortions in global supply”.

That was despite the fact that enough vaccines were administered globally that the 40% target could have been reached in every country by September if they had been shared out more equitably, Dr Adhanom Ghebreyesus added.

According to the WHO’s projections, there should be enough vaccine supply for all adults in the world to be jabbed and those at high risk to receive boosters by the first quarter of next year – but only later in 2022 for the widespread use of boosters.

He added: “Blanket booster programmes are likely to prolong the pandemic rather than ending it, by diverting supply to countries that already have high levels of vaccination coverage, giving the virus more opportunity to spread and mutate.

“It is important to remember that the vast majority of hospitalisations and deaths are in unvaccinated people, not unboosted people.

“And we must be clear that the vaccines we have remain effective against both the Delta and Omicron variants.”

Earlier this month, the OECD’s chief economist Laurence Boone said richer countries must help vaccinate poorer nations or face a continual cycle of economic shocks and restrictions in the face of new variants.

Risk of hospitalisation with Omicron appears to be two-thirds lower than with Delta, small study suggests

The risk of hospitalisation with Omicron is two-thirds lower than with the Delta variant, a small study suggests.The study by University of Edinburgh scientists and other experts bases in Scotland was based on only 15 people in hospital. It has not been peer-reviewed. This is encouraging early data - hopefully confidence will build as we get more data. Key point to remember tho - a smaller % of a much […]