No further restrictions in England before Christmas, Boris Johnson says

Boris Johnson has confirmed he will not introduce any further COVID restrictions in England before Christmas, but warned that the situation remains “finely balanced” ahead of the New Year.

In a video posted on social media and released by Downing Street, the prime minister said “people can go ahead with their Christmas plans” but urges caution and suggests people should take a test before meeting elderly relatives.

“What I can say tonight is that naturally we can’t rule out any further measures after Christmas, and we’re going to keep a constant eye on the data – we will do whatever it takes to protect public health.”

“But, in view of the continuing uncertainty about several things – the severity of Omicron, uncertainty about the hospitalisation rates or the impact of the vaccine rollout and the boosters – we don’t think today that there is enough evidence to justify any tougher measures before Christmas.

“We continue to monitor Omicron very closely and if the situation deteriorates we will be ready to take action if needed.

“And what this means is that people can go ahead with their Christmas plans, but the situation remains finely balanced and I would urge everyone to exercise caution, to keep protecting yourselves and your loved ones – especially the vulnerable – and remember to keep following the guidance.”

The PM cautioned that Omicron “continues to surge with a speed unlike anything we have seen before” and reiterated that people should wear masks indoors when required to do so and keep fresh air circulating. 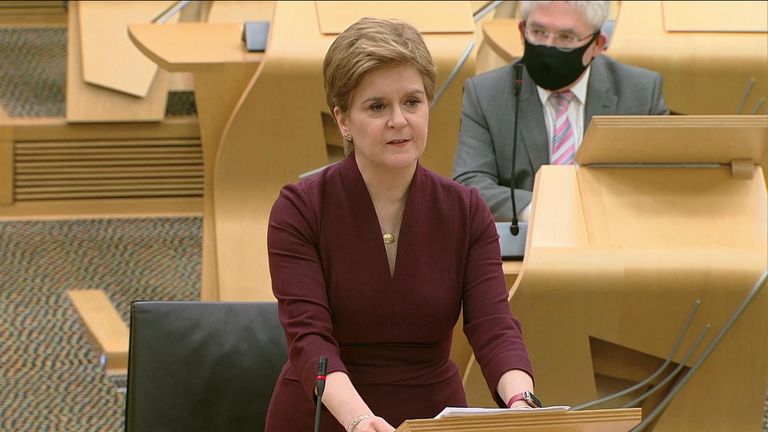 Nicola Sturgeon has announced new restrictions in Scotland from Boxing Day, with no fans allowed in stadiums and Hogmanay cancelled.

The announcement comes a few hours after Nicola Sturgeon revealed no more restrictions will be implemented in Scotland until Boxing Day.

Making a statement in Holyrood, Scotland’s first minister said crowds at outdoor public events will be capped at 500 from Boxing Day for at least three weeks, while numbers at indoor public events are to be limited to 100 standing or 200 seated.

The restrictions do not apply to private events such as weddings.

Indoor hospitality venues will also return to table service from 27 December for up to three weeks and no more than three households will be able to sit in one group.

Ms Sturgeon has already urged people to limit socialising to three households over Christmas but didn’t make it a legal requirement.

In Wales, indoor and outdoor events will have to take place behind closed doors from Boxing Day and nightclubs are set to close their doors on 27 December.

On Monday, the PM said ministers were considering “all kinds of things to keep Omicron under control and we will rule nothing out”.

It is believed Mr Johnson faced resistance from members of the cabinet who demanded more evidence on the severity of Omicron during a two-hour meeting yesterday.

Scientific advisers are understood to favour an immediate bolstering of COVID rules to prevent a potential surge in hospital admissions.

Government sources said a change before Christmas was “highly unlikely” but that a two-week “circuit-breaker” could begin before New Year – possibly on 28 December, according to The Times and the Daily Mail.

It could reportedly include limits on mixing, while pubs and restaurants may also be forced to serve outside – at a time when many are already struggling with cancelled bookings.

New Year’s Eve celebrations for 6,500 people in Trafalgar Square have also been scrapped in London – the area currently worst affected by Omicron.

On Monday, the daily total for all cases was 91,743 – the second highest ever – while there were 44 more deaths.

Today, the UK has recorded a further 90,629 coronavirus cases and 172 deaths in the latest 24-hour period.

A further 172 deaths have also been recorded within 28 days of a positive COVID test and the UK Health Security Agency (UKHSA) confirmed a further 15,363 cases of the Omicron variant, taking the nationwide total so far to 60,508.

Meanwhile, Rishi Sunak has announced an additional £1bn in financial support for the hospitality and leisure sectors, with every business able to claim a one-off cash grant of £6,000. 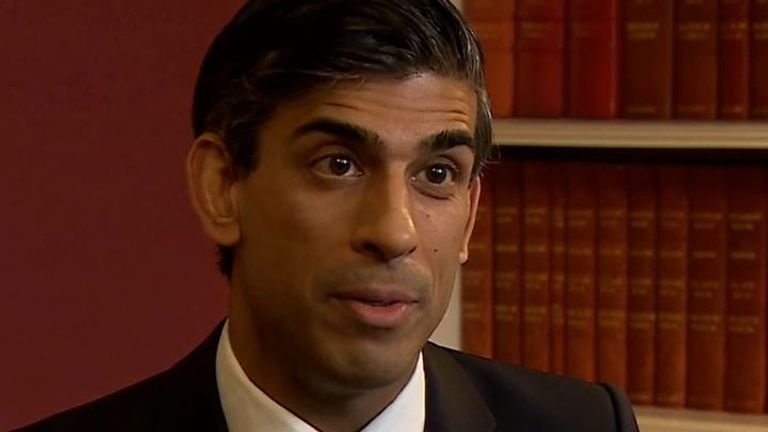 The chancellor says a further package for hospitality includes £6,000 grants.

The Treasury is also providing a £30m top-up to the Cultural Recovery Fund – which supports institutions such as museums and theatres – and reintroducing the Statutory Sick Pay Rebate Scheme which allows small and medium-sized companies to claim compensation from the government for the cost of their employees’ sick pay.

The chancellor said he is taking the measures due to the current situation being “very difficult, especially for those in the hospitality industry” as coronavirus cases continue to rise steeply

.Pressed on whether further restrictions this side of New Year in England could be ruled out, the chancellor reiterated that there is “an enormous amount of uncertainty at the moment” and said ministers are “keeping the situation under constant review”.

Girl, 10, killed in car crash had ‘smile that could light up the world’, says family

A schoolgirl killed in a car crash had a "smile that could light up the world", her family has said.Lily Rose Morris, 10, was taken to hospital after being hit by a vehicle in Oldham on Saturday but could not be saved. The "beautiful, happy, little girl" was "loved by everyone who knew her," her grieving relatives said in a statement.A second child suffered head and ankle injuries in the […]