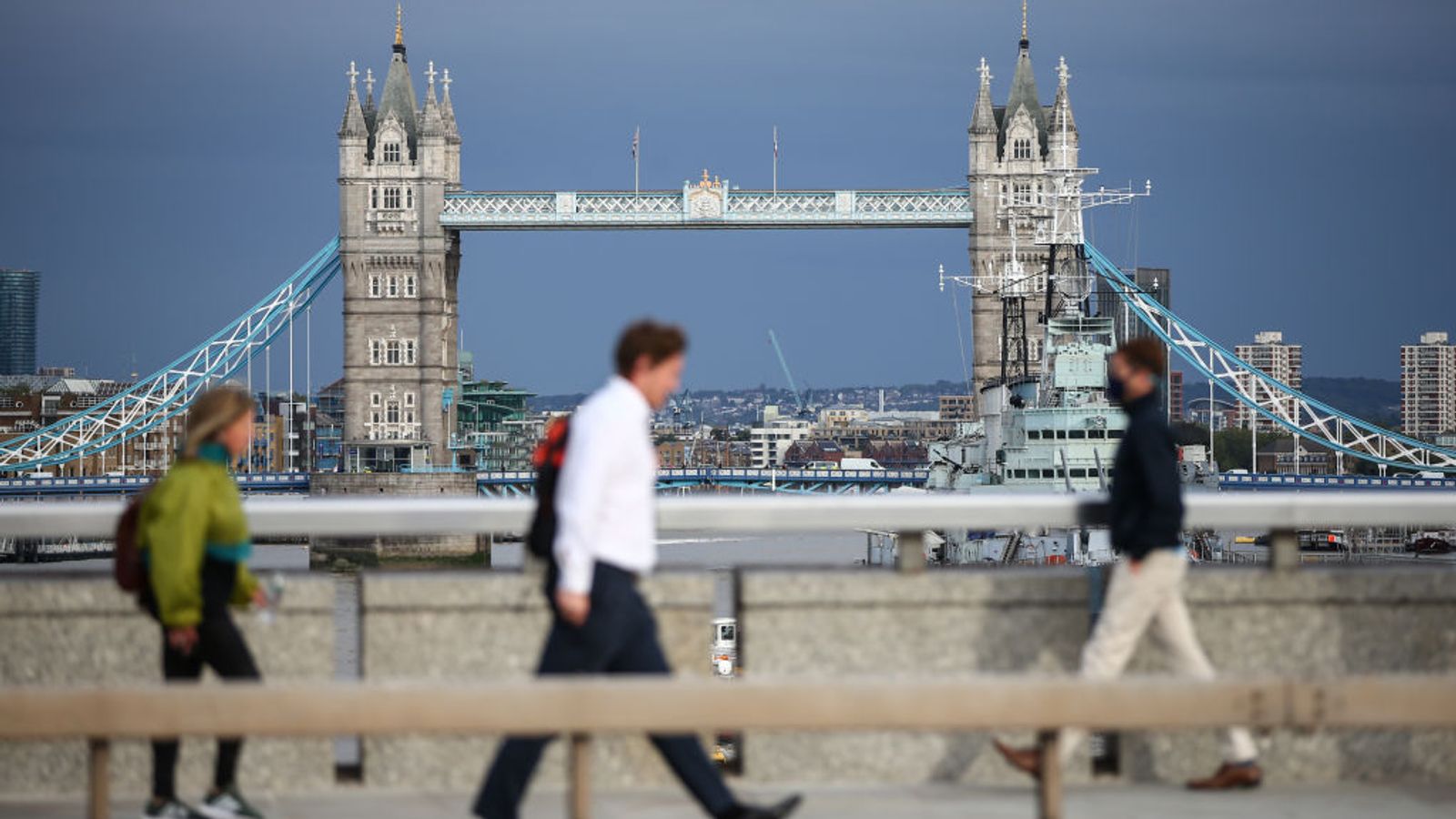 The end of the furlough scheme saw government borrowing fall by £4.9billion in November, compared to the same month in 2020, figures reveal.

Public sector borrowing stood at £17.4bn last month, a noticeable fall on a year ago, but still £12bn higher than November 2019 – before the pandemic started.

Releasing the new figures, the Office for National Statistics (ONS) said that the end of the job retention and other COVID support schemes helped offset the cost of the vaccine programme and higher interest payments imposed by the Bank of England.

Samuel Tombs, chief UK economist at Pantheon Macroeconomics, said he believes “the trend in public borrowing is about to deteriorate markedly” with the spread of the Omicron variant.

He added: “Full-year debt interest payments look set to exceed the Office for Budget Responsibility forecast by £5billion, due to the recent pick-up in RPI inflation, with the uplift concentrated towards the end of this fiscal year.

“In addition, the rapid surge in coronavirus cases has left the OBR’s forecast for GDP to rise by 1.9% quarter-on-quarter in Q4 and 1.2% in Q1 looking far too upbeat.

“We currently expect GDP to rise by 0.6% in Q4 and then to stagnate in Q1, though this assumes no businesses are forced to close; the risks clearly are to the downside.”

Ten most complained about television shows of 2021 have been revealed

The top 10 most complained about television shows of 2021 have been revealed. It has been a record year for Ofcom, with more than 150,000 complaints made about various television shows. The total figures do not include complaints about the BBC, which are handled by the corporation in the first instance.Adam Baxter, Ofcom's director of standards and audience protection, said: "Interestingly, it's a relatively small number of TV shows driving […]