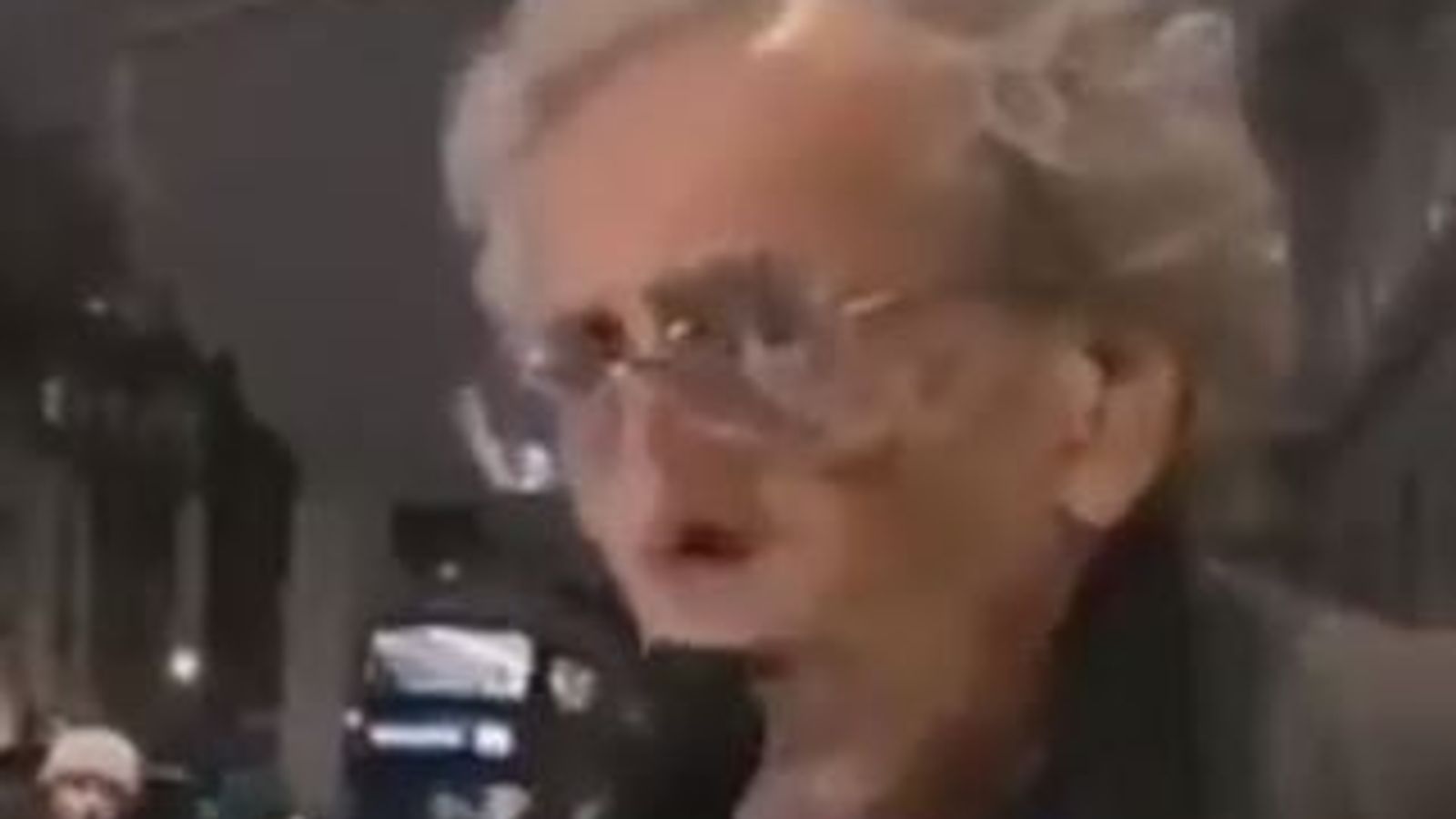 Anti-vaccine campaigner Piers Corbyn has been arrested on suspicion of encouragement to commit arson after a video appeared to show him telling people to burn down the offices of MPs.

The Metropolitan Police said a man in his 70s – who they did not name – was arrested in Southwark, south London, in the early hours of Sunday.

The 74-year-old is the brother of the former Labour leader Jeremy Corbyn.

The force said in a statement before the arrest: “We are aware of a video on social media in which people were encouraged to burn down MPs’ offices. It is being assessed and enquiries are ongoing.”

In the clip shared widely on social media, Mr Corbyn is addressing a rally in London against COVID restrictions when he appears to take aim at MPs who voted in favour of Plan B restrictions.

He refers to his brother voting against the Government’s Plan B in the video, suggesting it was shot on 15 December, the day after they were passed by a majority in the Commons.

He says: “We’ve got to hammer to death those scum, those scum, who have decided to go ahead with introducing new fascism.

“We’ve got to get a list of them, we can get lists of them on websites, and if your MP’s one of them, go to their offices, and well, I would recommend burning them down.

Sajid Javid has refused to rule out plans for a two-week circuit breaker after Christmas, as he accused those unwilling to have the vaccine of having a "damaging impact" on society.When pushed on reports that ministers are drawing up plans to introduce more restrictions after Christmas, the health secretary told Sky News' Trevor Phillips on Sunday programme the government will "do what is necessary", but that any change must be […]