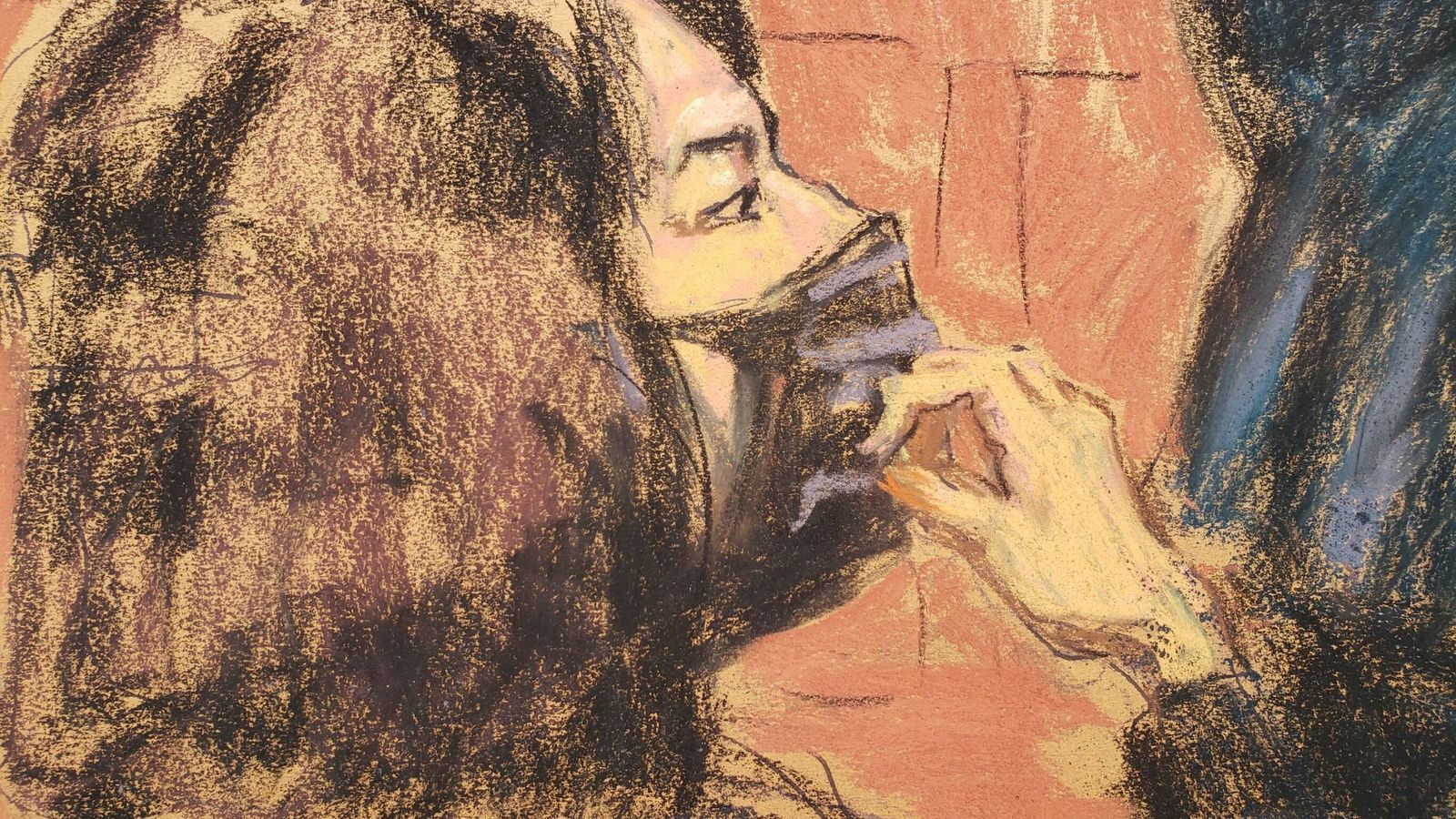 Warning: This report contains graphic descriptions of alleged sexual abuse of a child.

A third woman who has accused Ghislaine Maxwell of grooming her for abuse by Jeffrey Epstein has told the socialite’s trial she gave the late financier sexual massages when she was 14.

“Something sexual happened every single time,” Carolyn, who chose not to reveal her last name, told jurors.

The woman, identified as Carolyn, recalled how Epstein would touch her breasts and buttocks.

Carolyn said Maxwell would sometimes call her to schedule appointments with Epstein, during each of which she would be paid $300 to $400.

She also said Maxwell once touched her while she was preparing to massage Epstein and that she had told her she was 14.

“I was fully nude and she came in and she felt my boobs and my hips and my buttocks and said that… I had a great body for Mr Epstein and his friends,” Carolyn said.

Maxwell, 59, has pleaded not guilty to eight counts of sex trafficking and other charges.

Carolyn is the third of four women identified in Maxwell’s 2021 indictment as victims.

Maxwell’s lawyers have claimed the memories of the four alleged victims have been corrupted over the years, and that she is being prosecuted only because Epstein is no longer alive.

The investor killed himself in 2019 at the age of 66 in a Manhattan jail cell while awaiting sex-trafficking charges.

Labour has accused Number 10 staff of "laughing" at the British public after footage emerged of Downing Street officials joking about a Christmas party during a time of strict COVID restrictions.In a video recording of what ITV News reported was a rehearsal for a TV media briefing, senior Number 10 aides were filmed talking and laughing about a Christmas party. According to the report, the footage is from 22 December […]