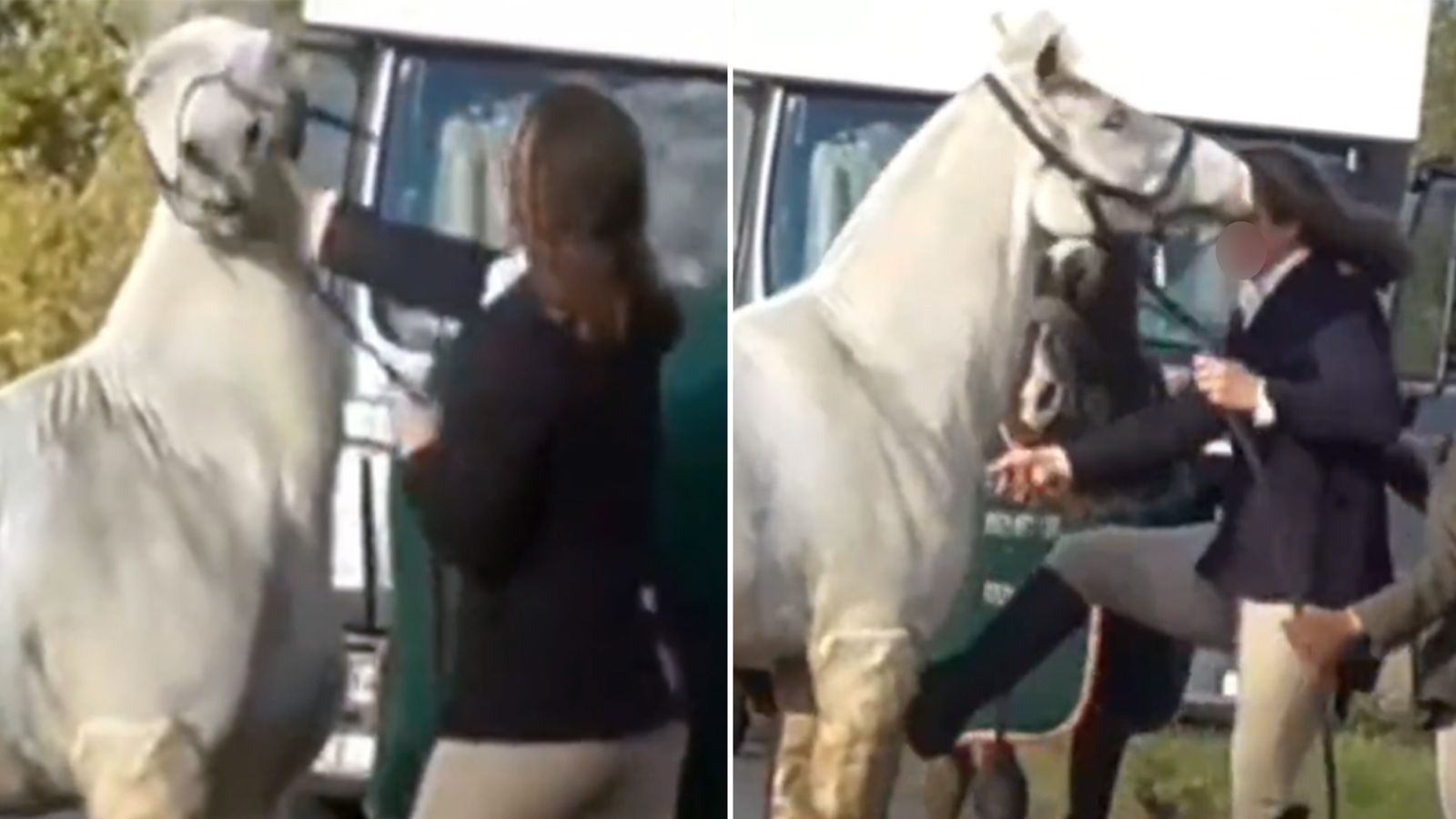 The RSPCA is investigating after a woman was filmed punching and kicking a horse in a video that wildlife presenter Chris Packham called “appalling”.

Hertfordshire Hunt Saboteurs tweeted the clip on Sunday and said it showed a member of the Cottesmore Hunt.

The video shows a horse apparently reluctant to get into a trailer, before a woman grabs the reins, kicks the animal, and slaps and punches it several times.

Packham called on the RSPCA to take tough action to “urgently investigate and definitively prosecute this appalling abuse – thus upholding our standards of animal welfare protection”.

In a reply, the charity called the video – which has been viewed 3.4 million times – “really upsetting” and said it was “actively looking into this at the moment” and monitoring social media for updates.

The Cottesmore Hunt covers the county of Rutland and parts of west Lincolnshire and east Leicestershire.

Sky News has contacted the hunt for comment, but according to ITV News it said it did not condone such actions “under any circumstances” and will “be reminding all of our supporters that this will not be tolerated”.

Boy, 10, killed in dog attack near Caerphilly is named by police

A 10-year-old boy killed in a dog attack near near Caerphilly in South Wales has been named by Gwent Police as Jack Lis.Armed police were sent to an address in Pentwyn, Penyrheol, at 3.55pm on Monday, accompanied by paramedics from the Welsh Ambulance Service. They confirmed a child had died at the scene.The dog was destroyed by firearms officers and no other animals were involved.Chief Superintendent Mark Hobrough said: "My […]