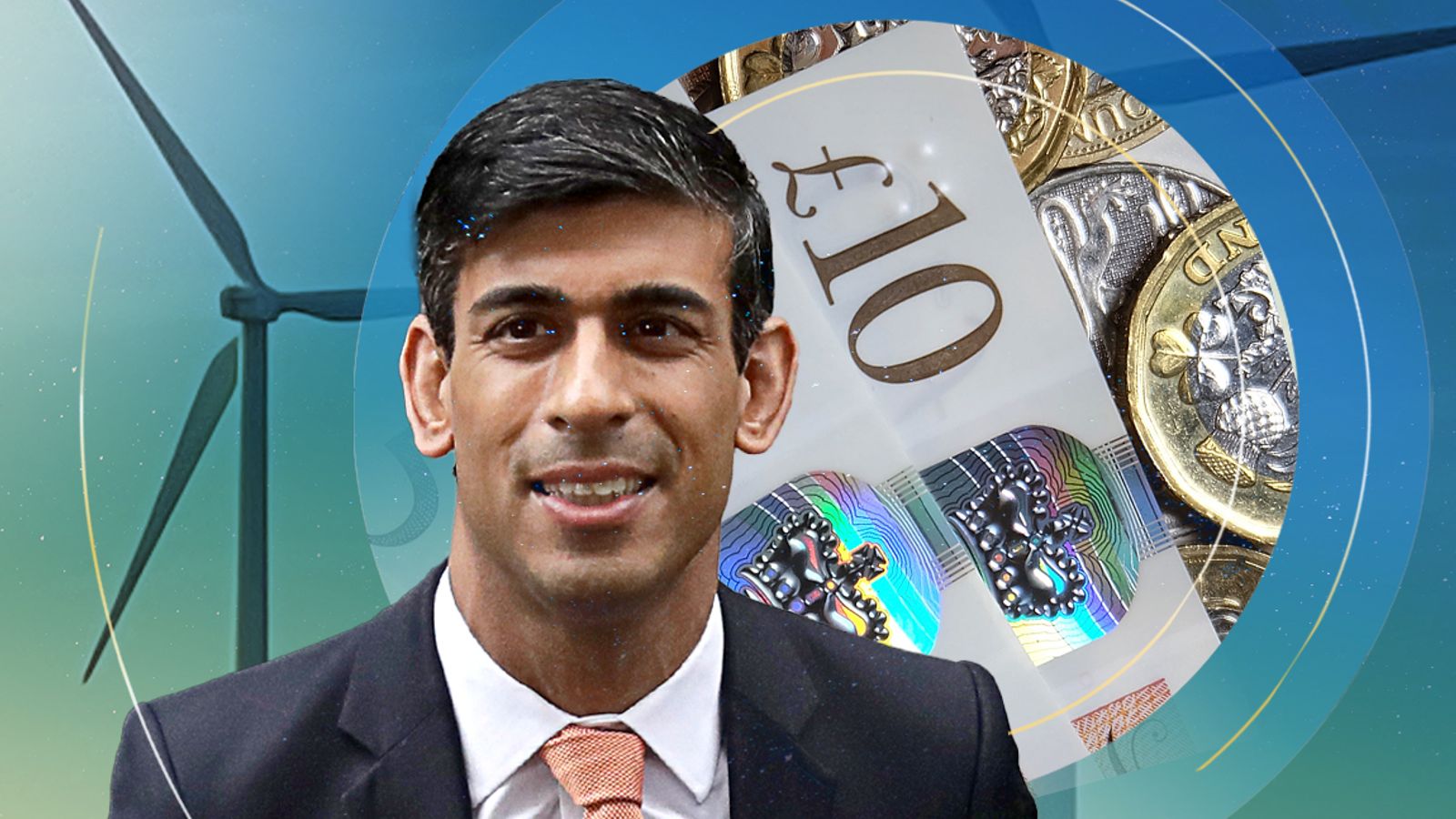 Former Bank of England governor Mark Carney has declared a “watershed” moment in financing the world’s move to net zero following news that $130 trillion of private capital was waiting to be deployed.

“Right here right now is where private finance draws the line,” Mark Carney said on “finance day” at the COP26 summit in Glasgow.

“Up until today there was not enough money in the world to fund the transition. And this is a watershed. So now, it’s [about] plugging it in,” said Mr Carney, now UN special envoy on finance and the PM’s finance adviser for COP26.

Earlier, Chancellor Rishi Sunak had announced that 450 firms controlling around 40% of global assets would align themselves to the Paris Agreement 1.5C warming limit, unlocking $130 trillion of private capital to fund the green transition.

“This is a historic wall of capital for the net zero transition around the world,” Mr Sunak said earlier in a speech as he unveiled new plans, which had been trailed ahead of his speech.

The chancellor promised the UK would “go further and become the first net zero aligned financial centre,” meaning it would force financial institutions and UK-listed companies to publish plans on how they will decarbonise and transition to net zero.

“Six years ago Paris set the ambition. Today in Glasgow we are providing the investment needed to deliver that transition,” Mr Sunak said, referring to the agreement made in Paris at COP21 in 2015.

The $130 trillion of assets being “aligned with the Paris Agreement” comes from 450 company members of the Glasgow Financial Alliance for Net Zero (GFANZ), a private finance initiative led by Mark Carney.

Critics are sceptical about GFANZ’s environmental pledge because it sets its own rules on what counts as net zero.

A report by NGO Reclaim Finance calls alliances like GFANZ “toothless” and “ineffectual”, saying they “eschew tangible measures on fossil fuels and emissions reduction in favour of cumbersome target-setting”.

• What is happening on each day of the conference?
• Confused by COP? Your guide to climate terminology
• What countries have pledged to do to tackle climate change – and how they compare

Also on the agenda for “finance day” are the contentious issues of voluntary carbon markets and climate finance.

A long standing promise by rich countries – generally the most polluting – to fund $100bn a year by 2020 of climate measures in poor countries, is set to only be met in 2023.

Climate finance is a thorn in the side of negotiations, which are predicated on trust and making commitments in a spirit of cooperation. Poor countries may be less willing or able to trust and engage in the talks if they see rich countries breaking their promises.

It comes as Boris Johnson said the “eyes of the world will be on COP26 for the next ten days”.

“Let’s keep moving forward, keep 1.5C alive and make this the moment we irrefutably turn the tide against climate change,” he said on Twitter.

Yesterday the prime minister welcomed a series of announcements by the assembled leaders.

Key announcements from the talks so far include:

• At least 110 countries representing 85% of the world’s forests agreed to end and reverse deforestation by 2030.

• South Africa will get help to decarbonise from the UK the EU, the US, France and Germany, in a new partnership that shows how side deals agreed outside of the traditional UN process can help close the emissions gap

• Japan committed extra $10bn climate finance over five years, meaning rich countries could hit $100bn a year target one year sooner than expected, US climate envoy John Kerry said, as it “has the ability to leverage” a further $8bn

• Over 40 world leaders back plan to fund clean technology around the world by 2030, the UK government announced

• India finally came forward with a net zero promise – the 2070 target is 20 years later than the key 2050 date but still a big step forward, especially with its commitment to significantly slash emissions by 2030

• Five countries, including Britain and the United States, and a group of global charities promised $1.7bn to support indigenous people’s conservation of forests and strengthen their land rights

Subscribe to ClimateCast on Spotify, Apple Podcasts, or Spreaker

Follow live coverage on web and app with our dedicated live blog.

Get all the latest stories, special reports and in-depth analysis at skynews.com/cop26

Alec Baldwin has shared a Rust crew member's social media post defending the conditions on set following the death of the film's cinematographer.The 63-year-old actor accidently, but fatally, shot Halyna Hutchins when a gun he was holding discharged during filming in New Mexico last month. Police are currently investigating the shooting, which also injured the film's director Joel Souza, on how it came to be that live ammunition was in […]