Why India is the worst polluter of sulphur dioxide 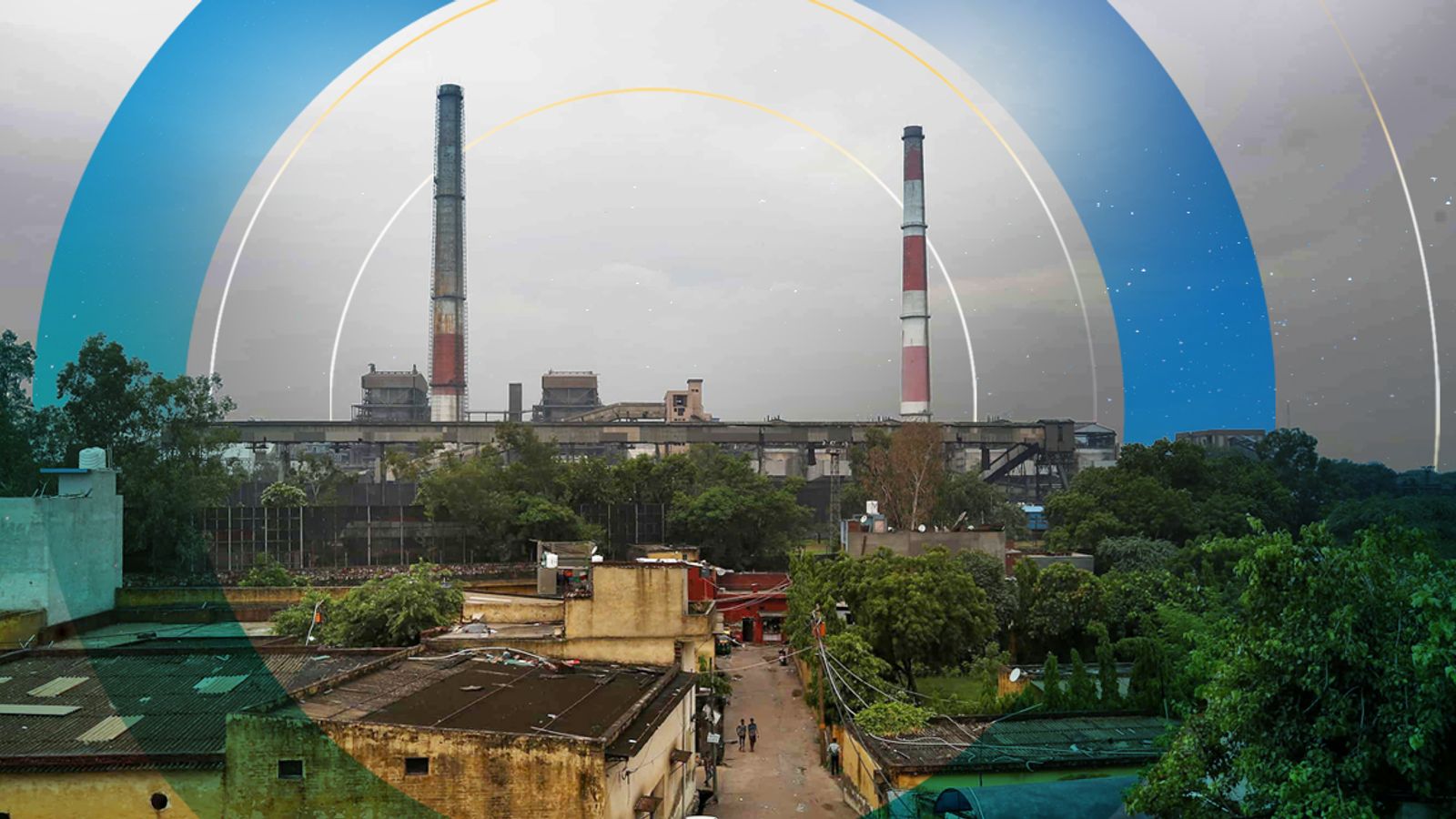 India is kicking the can down the road on sulphur dioxide emissions despite being the world’s biggest emitter of the pollutant, according to an expert.

Despite this week Boris Johnson declaring the world was at “one minute to midnight” on climate change, power plants in India are repeatedly being given extensions after failing to install technology to reduce SO2 emissions.

On Monday the prime minister met the Indian prime minister Narendra Modi, who pledged that his country would reach net zero by 2070, two decades after the UK.

Yet the high levels of damaging SO2 pollution in India are avoidable much sooner – flue-gas desulphurisation systems have proved successful in reducing emission levels in China, the country responsible for the highest level in 2005.

The animation below shows how India’s emissions have risen as China’s have fallen between 2005 – 2017.

Sulphur dioxide contributes to air pollution, which the WHO has estimated causes 4.2 million deaths globally per year. It can also cause acid rain which leads to widespread environmental damage.

India currently emits almost twice the amount of SO2 than the next highest country, Russia.

More on Data And Forensics

The pollution largely stems from coal-fired power plants in the country, only a handful of which have installed desulphurisation systems, despite the government legislating in 2015 for them to do so.

It means that India’s reliance on coal to generate electricity saw sulphur dioxide emissions rise every year from 2005 before dropping slightly in 2019 and 2020.

Sunil Dahiya, an analyst at the Centre for Research on Energy and Clean Air, said the problems have come from both a lack of action and a lack of enforcement of recent legislation.

He said: “The problem has come in two parts. The Indian government didn’t acknowledge there was a problem until 2015 – there was no regulation before this.

“Since then, the problem has been one of a lack of enforcement. It’s been six years since the legislation, but most power plants are still a long way from installing the necessary technology. The power plants keep missing the deadlines for installation and then they are just given a new timeline further down the road.”

It means that 10 of the 50 sulphur dioxide emission hotspots in the world are in India. Many of these are in the north and east of the country, where large coal-fired power plants are situated.

The effect on public health in these areas is significant.

Sulphur dioxide emissions are associated with a range of health problems such as heart and lung disease and fertility issues. When they react with other pollutants, they form fine particulate matter (PM 2.5), a type of air pollution.

One 2019 study estimated that almost 1.2 million deaths per year in India were resultant from PM 2.5 pollution.

And many of the Indian states worst affected by this pollution are in the north and east of the country, where a number of large power plants are located.

More desulphurisation systems may begin to be installed at power plants to tackle this problem – several have been tendered for recently at government run power plants, according to Mr Dahiya.

Yet even with these systems, coal-fired plants produce large amounts of carbon dioxide.

China, despite its improvements on SO2 emissions, remains the largest emitter of CO2 from the consumption of coal.

And in India, it may become more economical to retire coal power plants rather than install flue-gas desulphurisation systems. In his meeting with Narendra Modi on Monday, Boris Johnson reportedly offered the UK’s support in India’s transition from coal.

Leo Roberts, coal transition research manager at the climate change think-tank E3G said: “Many of India’s coal power stations, particularly the older, state-owned plants in the east of the country, are extremely inefficient to the point of being loss-making, and almost not worth turning on were it not for the lack of alternative electricity sources.”

Mr Roberts continued: “Eastern Indian states have typically had constrained public budgets, making balancing generating electricity from coal with reducing air pollution even trickier. Across India, though, the question now is whether it makes economic sense to try to clean these expensive, ageing coal plants, which become less economically competitive by day, or to explore retiring them, and instead investing in clean energy. Increasingly the answer is very much the latter.”

The Data and Forensics team is a multi-skilled unit dedicated to providing transparent journalism from Sky News. We gather, analyse and visualise data to tell data-driven stories. We combine traditional reporting skills with advanced analysis of satellite images, social media and other open source information. Through multimedia storytelling we aim to better explain the world while also showing how our journalism is done.

An electrician accused of murdering two women more than 30 years ago sexually assaulted dead bodies in the mortuaries of hospitals he worked at, a court has heard.David Fuller is standing trial at Maidstone Crown Court in Kent, accused of the murders of Wendy Knell, 25, and Caroline Pierce, 20, in 1987. Both women were found naked and had been struck on the head, asphyxiated and sexually assaulted after their […]