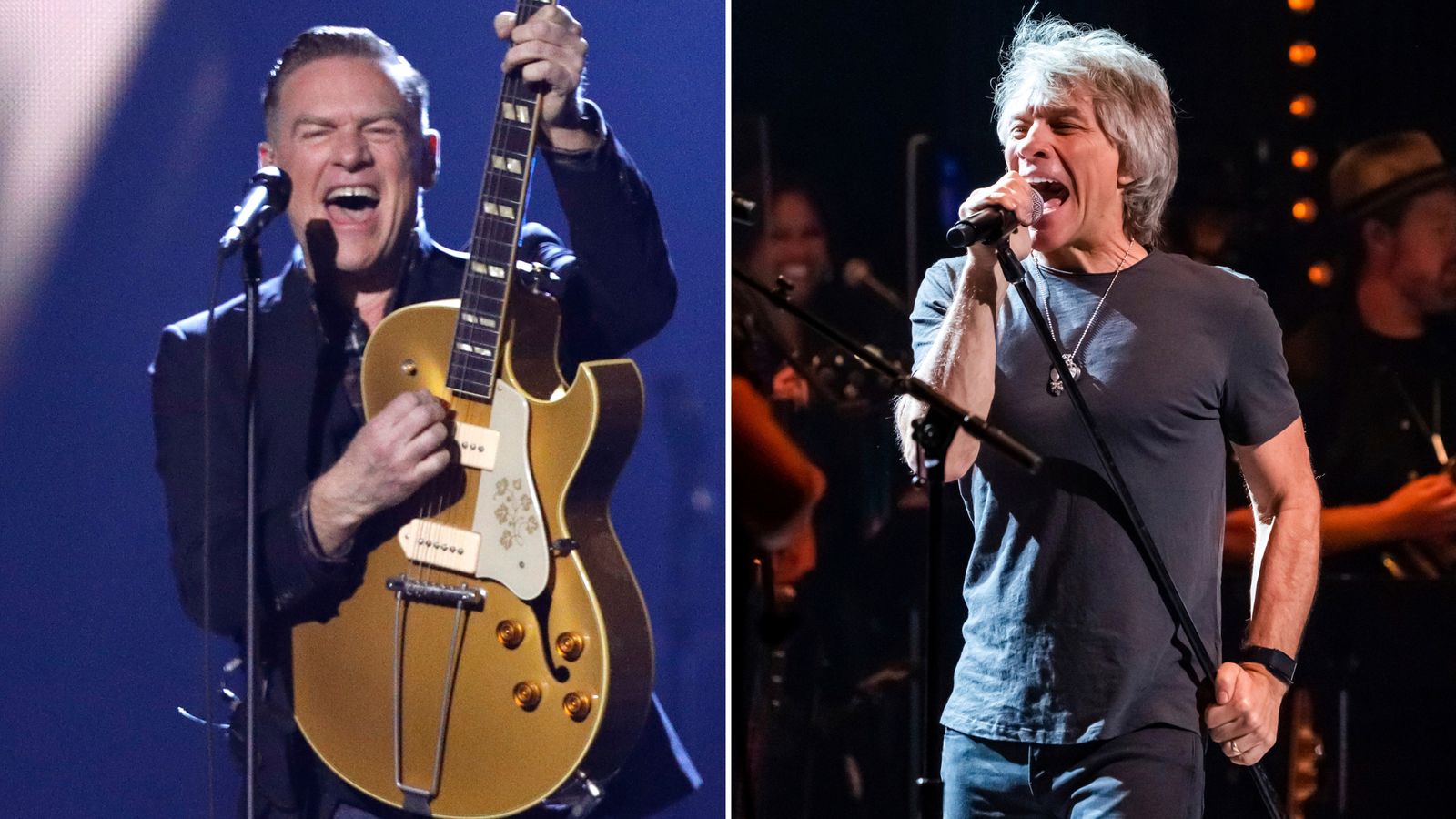 Singers Jon Bon Jovi and Bryan Adams were forced to cancel separate performances at the weekend after testing positive for COVID-19.

In Bon Jovi‘s case, his band were due to play at Lowes South Beach on Miami Beach, Florida, on Saturday night, and fans were already at the venue when the announcement was made.

Adams had been set to perform a Tina Turner tribute at Saturday night’s Rock And Roll Hall Of Fame induction in Cleveland, Ohio. He later sent a message to fans on Instagram – complete with Halloween glasses – saying he had no symptoms.

Bon Jovi and his bandmates had taken rapid tests for coronavirus just before they were due to play, and the 59-year-old frontman’s came back positive.

An announcer took to the stage to give the crowd the bad news just before the show, according to Miami’s WSVN TV channel.

“Jon feels great,” the announcer told the crowd – but said the Livin’ On A Prayer singer, who is fully vaccinated, was going to bed.

Bon Jovi released an album, 2020, during the pandemic. In October last year, the singer told Sky News it was “criminal“ that more than 200,000 people had died with coronavirus at that point in the US. That figure has now passed 745,000, a year on.

Ticket-holders for the band’s show at the weekend were required to show proof of vaccination or negative test results to get into the gig, the highlight of a three-day hotel package costing up to thousands of dollars a person.

The star had also been scheduled to participate in a Q&A session and a photo op on Saturday night. No details have been given yet on whether the concert will be rescheduled.

In his message to fans, Adams said: “Happy Halloween and thanks for all the well wishes. Please don’t worry, yes I had the Covid and thankfully had no symptoms.

“Bunny my daughter had it too, with bit of a sore throat for night. But we’re good, and it has to be said: #sohappyithurts.”

A representative for Adams told Billboard that he is fully vaccinated.

‘Let off the hook’: Criticism after MP suspended for sexually harassing staff member back in Tory party

An MP who sexually harassed a member of his staff has been given his Conservative membership back - despite a warning that doing so would "let him off the hook".The Tory party confirmed on Monday that Rob Roberts is now a member again, having served a 12-week suspension for his behaviour. Mr Roberts, who represents the constituency of Delyn in North Wales, will continue to sit as an independent MP […]