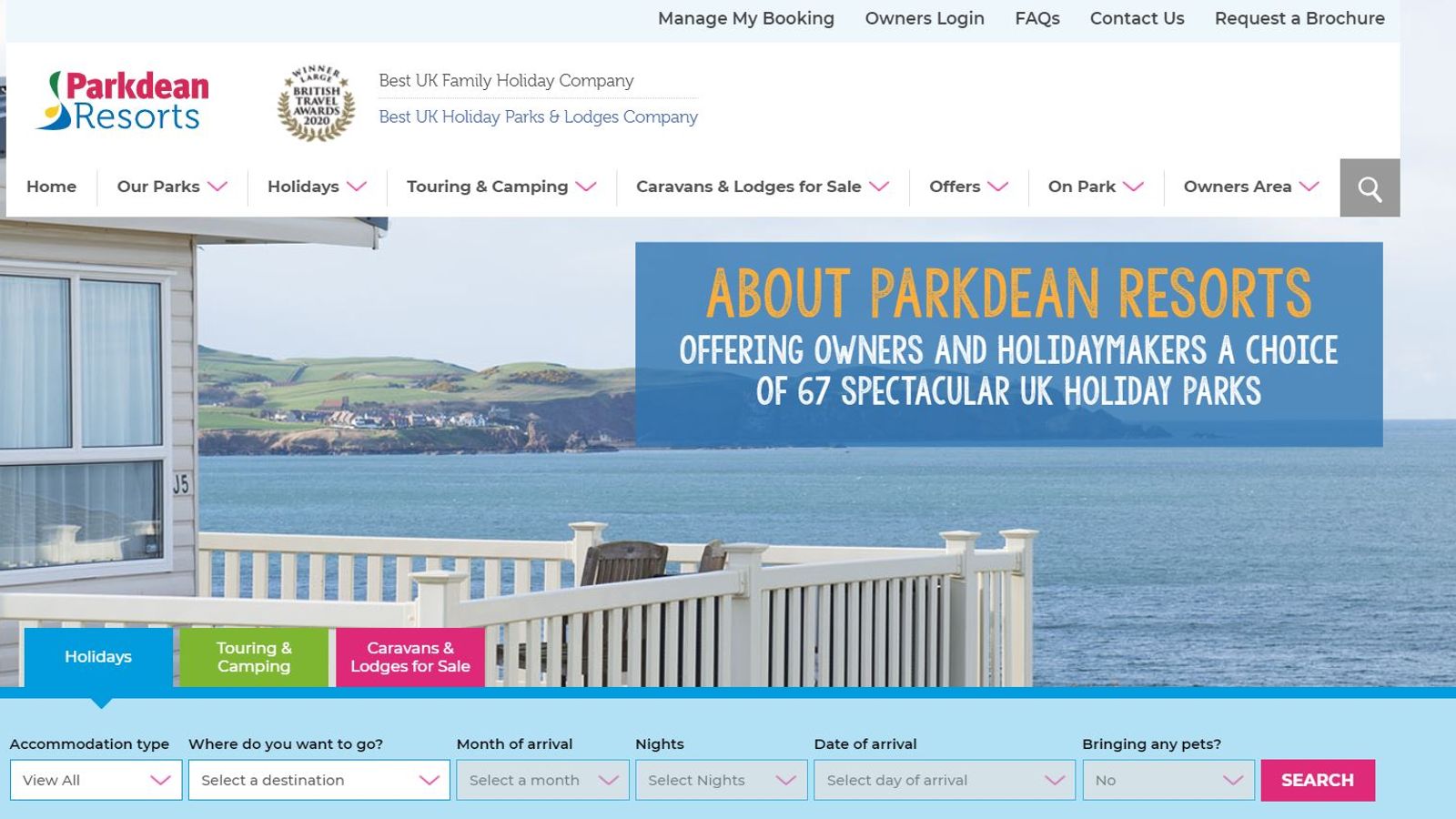 Britain’s biggest holiday park operator is on the verge of being put up for sale as a boom in staycations fuels its owner’s hopes of achieving a bumper price for the company.

Sky News understands that Parkdean Resorts and its Canadian owner, Onex Corporation, have begun working with bankers from Morgan Stanley on a strategic review of the company.

City sources say a sale process is likely to be launched in the coming months, although a refinancing under the current owner remains a possibility.

Onex bought Parkdean in late 2016 for £1.3bn, and has seen its more than 60 parks operating at near-full capacity this year, according to insiders.

The sector as a whole is benefiting from a post-COVID bounceback in sales, prompting a string of corporate takeovers in the sector.

Insiders say that Onex will hope to fetch significantly more than it paid for the business.

On Monday, four bidders – including the Universities Superannuation Scheme, one of Britain’s biggest pension schemes, private equity firm PAI Partners and Starwood Capital, a real estate investor – are expected to table final offers for Park Holidays, another big player in the industry.

Park Holidays is expected to be valued at about £850m.

Other recent deals in the sector have included CVC Capital Partners buying Away Resorts – the owner of well known holiday parks such as Whitecliff Bay on the Isle of Wight and Sandy Balls in the New Forest – and subsequently combining it with Aria, another operator.

Bourne Leisure, the owner of Butlin’s and Haven, was sold in February to Blackstone, another major buyout firm.

‘Forever our champ’: Family pay tribute to boy, 16, stabbed to death in Essex

The family of a teenage boy who died in a stabbing in Essex have paid tribute to their "champ".Charlie Preston, 16, was one of two boys who died following a disturbance in Regency Court, Brentwood, at 1.30am on the morning of Sunday 24 October. His family issued a short tribute to him, saying: "Forever our Champ. Mummy and daddy love you." Image: Two teenage boys died in the early hours […]