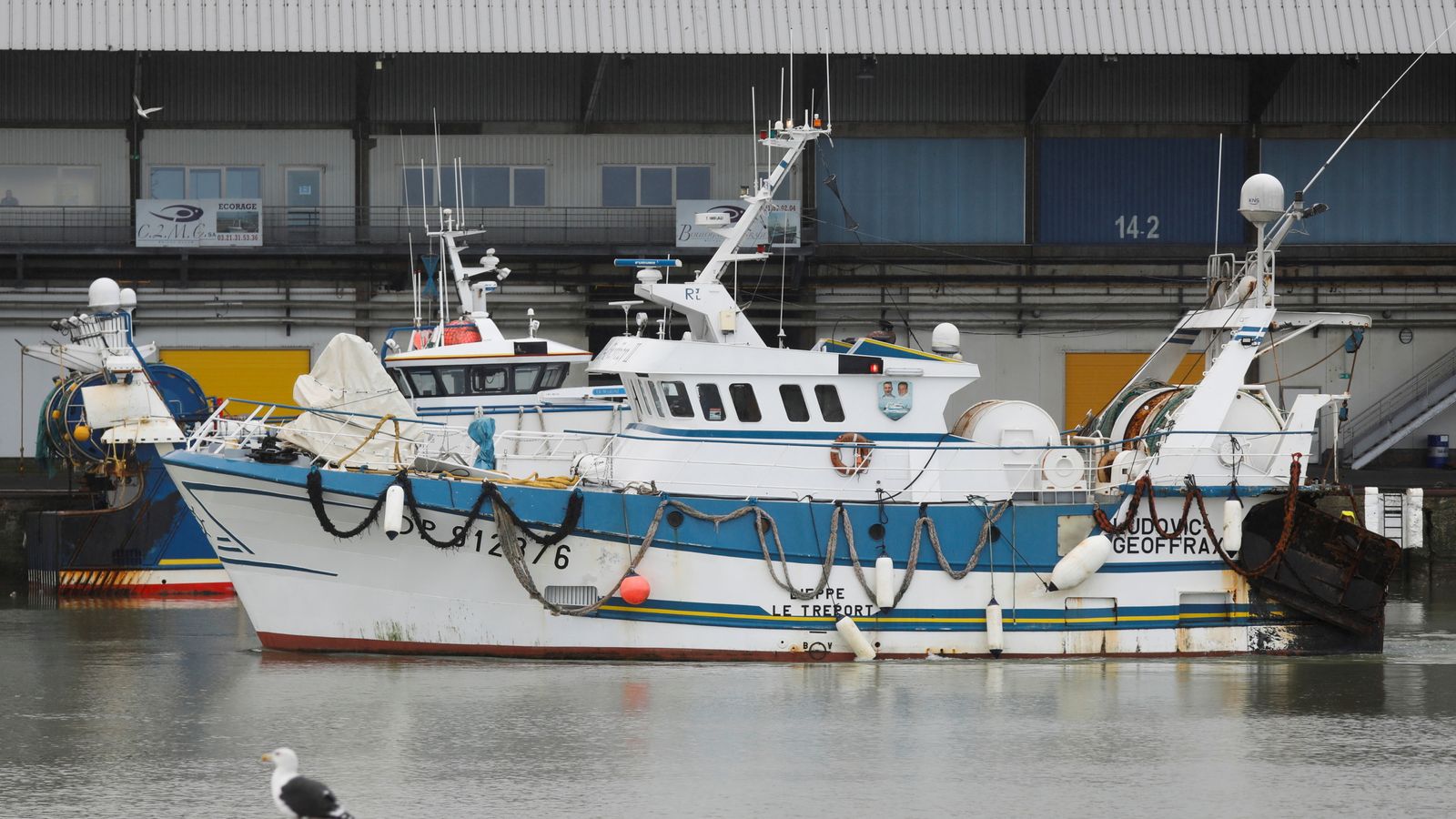 France has detained a British trawler and given a verbal warning to another fishing in waters off its coast, the French government has said

In a tweet the the French Maritime Ministry said: “This Wednesday, two English ships were fined during classic checks off Le Havre.

“The first did not comply spontaneously: verbalization.

“The second did not have a licence to fish in our waters: diverted to the quay and handed over to the judicial authority.”

It is the latest twist in an increasingly bitter dispute between Britain and France over fishing rights.

France says its fishermen have not been issued with half the licences they are entitled to allowing them to fish in British waters under the terms of the Brexit agreement.

France protested the decision last month by the UK and the Channel Island of Jersey to refuse dozens of French fishing boats licences to operate in their territorial waters.

The country considers these restrictions contrary to the post-Brexit agreement the UK signed when it left the EU.

France has now released a list of sanctions that could apply from 2 November if the row is not resolved:

Get your umbrellas handy, Yorkshire is set for some bleak and rainy weather."Persistent rain" and mild weather has been predicted by the Met Office forecast for Yorkshire and Humber for today (Thursday, October 28). For the latest Yorkshire weather news, click here There will supposedly be maximum temperature of 16°C with rain falling from the mid-afternoon after cloudy and overcast skies take over the county. Below is today's weather forecast […]