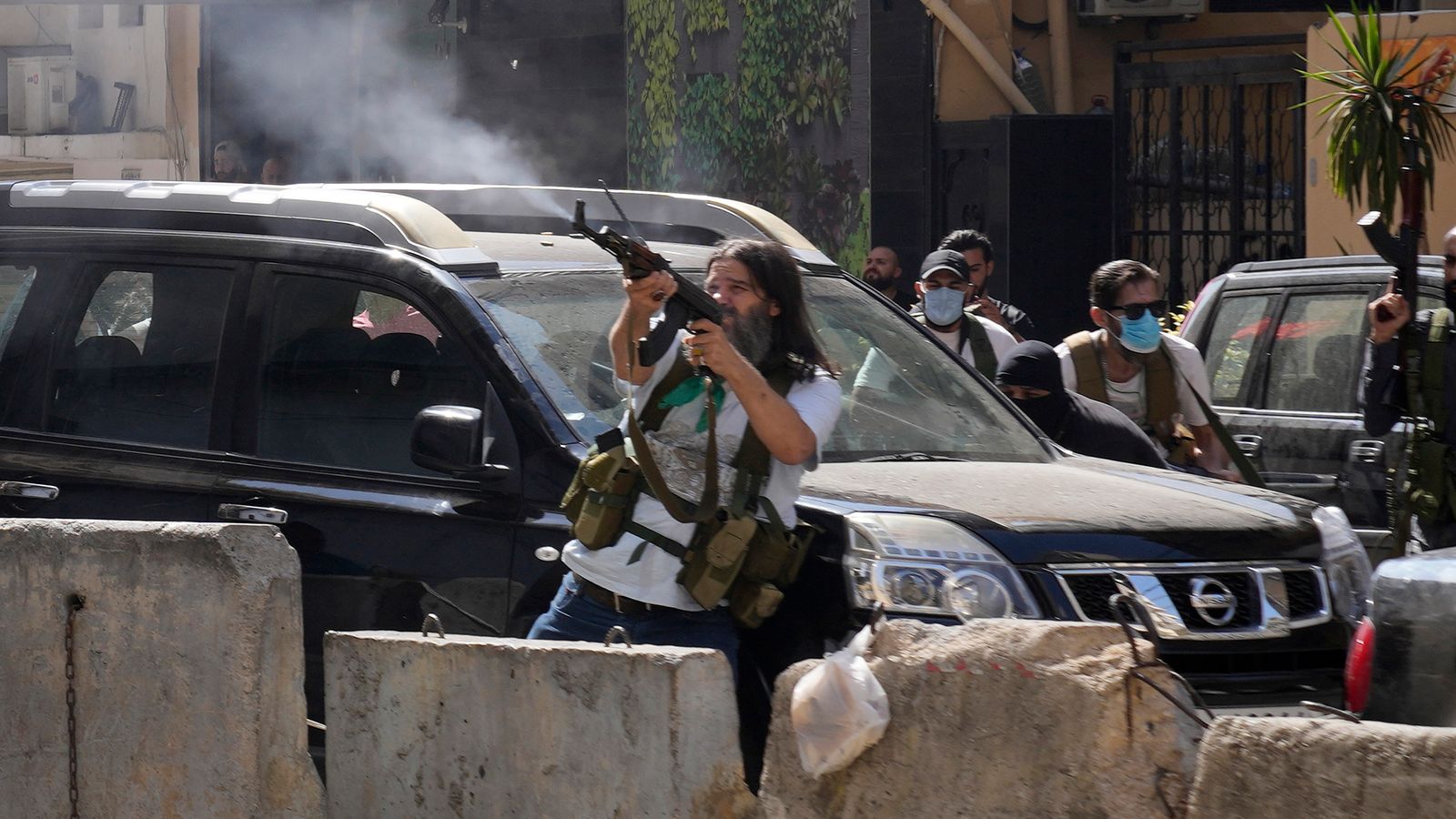 This is a dangerous and worrying escalation in Lebanon, a country already struggling to cope with multiple crises.

The scenes of snipers firing from rooftops, masked men wielding RPGs and lifeless bodies on residential streets has immediately drawn parallels to the devastating civil war which raged for in the 1970s and 1980s.

There were fears of potential violence erupting when Hezbollah and Amal supporters announced yesterday they would hold a protest against the judge tasked with investigating the Beirut port blast.

But few would have predicted an escalation this severe and deadly.

It is still unclear who the gunmen firing at the group of protestors outside the Justice Palace were, but the Lebanese army and security forces say they have detained some of the men involved.

Lebanon has for years been at a dangerous tipping point.

The country has crumbled economically, plunging the majority of its population into poverty and it is politically divided.

The government – which was only recently formed after a year-long political standoff – is now at risk of collapse over the issue of the port blast investigation and the deteriorating security situation will only add to the pressure on them.

The coming hours will be crucial in deciding whether there will be further escalation or calm can be restored.

Domino’s aims to take slice of jobs market with plan to hire 8,000 drivers

Domino's Pizza has announced it is planning to hire 8,000 drivers in the run-up to Christmas - but acknowledged that employers are finding hiring tough.The fast food chain is the latest big name to reveal it is looking to take on more workers for the festive season - following the likes of Tesco, Royal Mail, and Amazon - at a time when job vacancies across the UK are at a […]