6,000 pigs culled and destroyed due to a shortage of butchers 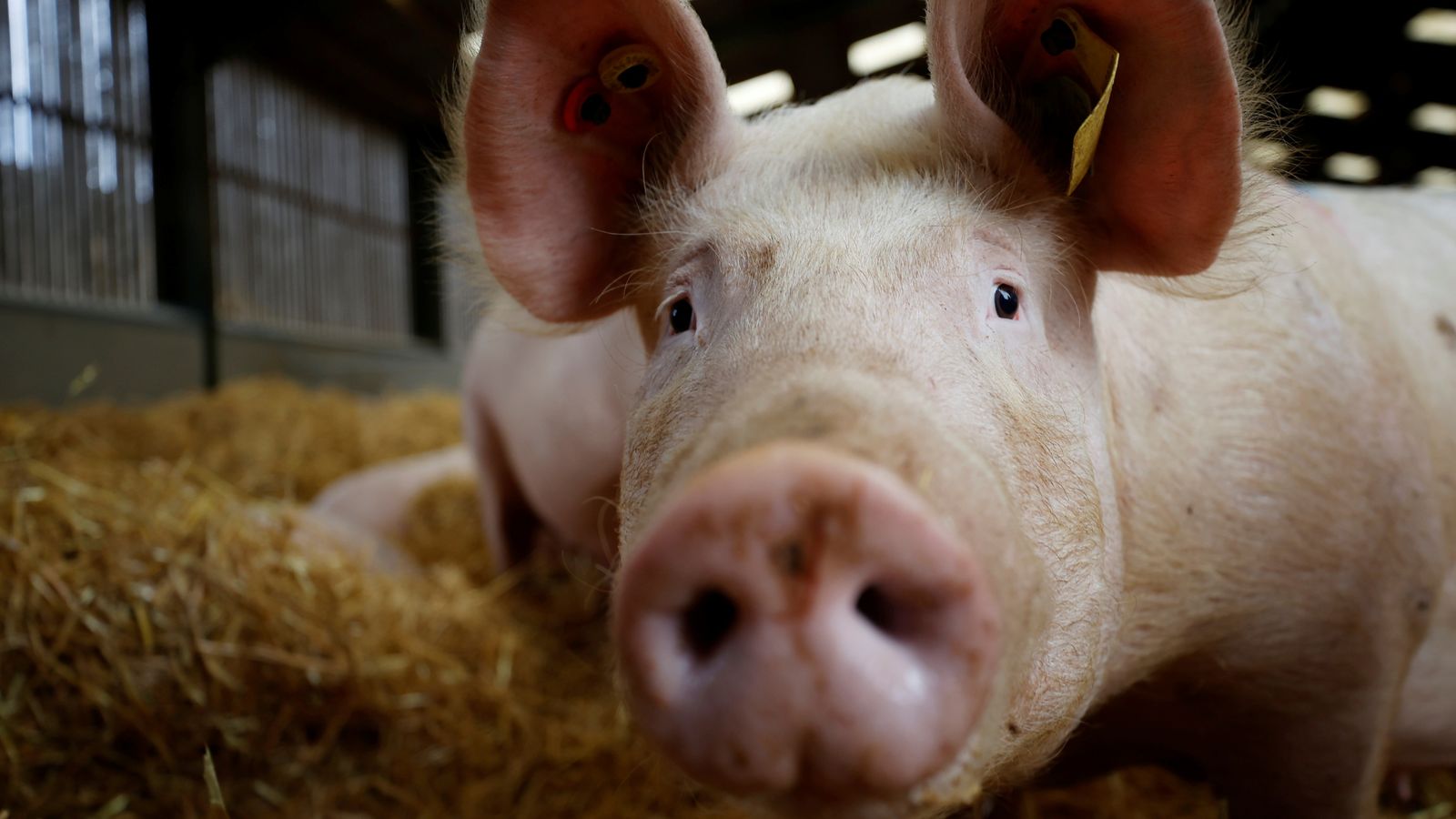 6,000 pigs have been culled and destroyed at farms across England due to a shortage of butchers, the National Pig Association says.

Lizzie Wilson, from the body that represents the majority of pig farmers in the UK, told Sky News that farmers were “devastated” and this was the “worst case scenario”.

Ms Wilson explained that the pigs had been “shot and taken away for rendering… the carcasses will be incinerated and sadly won’t be used for human consumption, they are literally wasted”.

A lack of butchers at abattoirs and processing factories is causing the problem according to the NPA.

“Abattoirs aren’t able to slaughter so many pigs as they would ordinarily so they’ve had to reduce their throughput by about 25% over the last 11 weeks so that means that farmers can’t send those pigs to the abattoir and they’re having to accommodate them on farm.

“Pig production is a continuous business that can’t just be turned off and they have adopted all their contingency plans, they’ve sourced temporary accommodation, they have ‘stocked tighter’, they’ve done everything they possibly can… now they are running out of options”.

As farmers run out of space to house pigs, Ms Wilson envisaged that thousands more would have to be euthanized, “the longer we continue without a solution…the more likely we will see more culling on farms because people are getting increasingly desperate”, she said.

The NPA had criticised the government’s response to the labour crisis but after a number of recent meetings said it now felt “very optimistic” that the government is “listening and trying their best to help us”.

The NPA is calling for 12 month temporary visas so their members can access butchery skills from around the world.

A spokesperson for Defra says “We understand the challenges that the pig industry has faced in recent months because of the Covid-19 pandemic, labour shortages, accessing co2 supplies, and reduction in exports to the Chinese market.

“We are keeping the market situation under close review and working closely with the sector during this time.”

Farmers across Britain say a combination of Brexit and COVID-19 have sparked an exodus of east European workers from abattoirs and meat processors, leaving pigs to back up in barns and fields across the country.

As the pigs gain weight from the extra time spent on the farm, eating food that has also jumped in price, they risk
passing the size threshold at which abattoirs impose financial penalties because they have become harder to handle.

Last week Prime Minister Boris Johnson drew criticism for appearing to make light of the situation by pointing out the pigs would be killed and made into bacon anyway.

‘This is a very difficult message for me to write’: Footballer David Brooks reveals cancer diagnosis

Wales international footballer David Brooks has revealed that he has been diagnosed with cancer.The 24-year-old midfielder, who has played his club football for Bournemouth since 2018, withdrew from the most recent Wales squad because of illness. He has now confirmed that he has stage two Hodgkin lymphoma, in a statement released on social media. Hodgkin lymphoma is a cancer that develops in the lymphatic system, which is part of the […]