‘Delta is making other COVID variants extinct’ – but what does it mean for the UK? 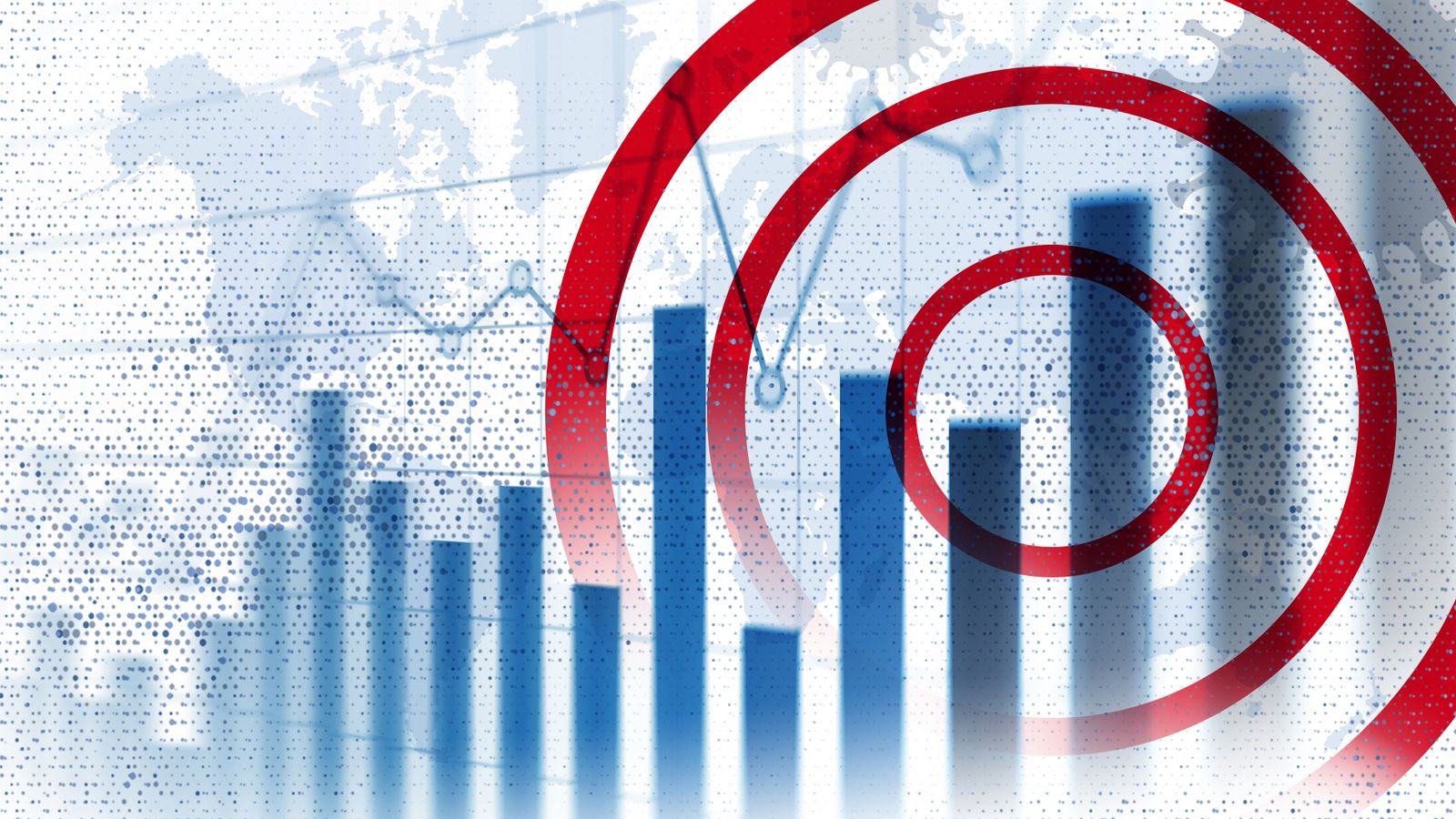 One of the government’s top coronavirus experts claims the Delta variant has become so dominant it is causing others to become extinct.

Dr Jenny Harries, chief executive of the new UK Health and Security Agency (UKHSA), told Sky News that many of the “variants of concern” (VOC) identified in Britain over the past year have either disappeared – or are in rapid decline.

But she warned that it is still “early days” and that this winter could present other problems.

Here Sky News looks at how Delta is still dominating cases and what it means for the UK.

How is Delta ‘squashing’ other variants?

The Delta variant, first detected in India, arrived in the UK in March 2021.

It quickly became clear it was far more infectious than the Alpha (Kent) variant, which was already considered to be more transmissible than the original Wuhan strain.

According to a Public Health England (PHE) report in June, Delta is 64% more contagious than Alpha.

This high transmissibility means that Delta now makes up 99% of sequenced COVID cases in England.

“It’s a factual statement. It’s quite clear if you look at the data that Delta is dominating… and it’s the transmissibility that’s causing it to dominate,” Professor Andrew Preston, of the University of Bath’s biology and biochemistry department, told Sky News.

And as a result, the two main rivals to Delta – Alpha and Beta, first found in South Africa, have declined.

COVID mutations that have become widespread in other parts of the world, such as Mu, first identified in Colombia, and Lambda, first seen in Peru, have been unable to take hold in the UK because they are not as infectious as Delta.

This is also true of Kappa, first seen in India, and Gamma, that came from Japan and Brazil, which both had no cases in the UK as of 29 September.

Does it mean new variants are less likely?

Although several variants are no longer present in the UK, Dr Harries stressed that we still need to “stay alert” for new ones.

And with our daily case rate still at around 35,000, and the number of Delta infections up by 9% in a week, Professor Preston says this is looking more and more likely.

“Variants happen by chance,” he said.

“The more virus you have, the more chance you have of seeing one of those variants arise.

“At the moment, the UK has significantly higher cases than other parts of the world, so we have a greater chance of that mutation happening.”

Professor Pagel also warned of the dangers of Delta mutating.

“We have at least 12 different types of Delta in the UK and they are continuing to diverge,” she said.

“If there’s a new variant that causes a lot of problems, it will very likely be a sub-form of Delta.”

What about the vaccines?

Dr Harries has said that “while the Delta variant dominates, we know that our vaccines are effective”.

She also says this means another winter lockdown is “highly unlikely”.

But so far, data has shown that Delta is more resistant to vaccines.

An Oxford University study suggests two doses of the Pfizer-BioNTech jab are 93% effective at preventing symptomatic coronavirus – while the Oxford-AstraZeneca vaccine is 71% effective.

Protection has been proved to last around four or five months, but it can wane over time.

PHE has also warned that people who have been fully-vaccinated can still produce similar levels of COVID-19 to those who aren’t jabbed.

This means that people can still pass the virus on easily and cases could continue to rise.

And there is still a chance that a new variant could evade the vaccines, Professor Preston adds.

“No one can say for sure that there won’t be another vaccine escaping mutation,” he said.

Too soon to tell?

Now almost all coronavirus restrictions have been removed, the UK has entered a new phase in its epidemic.

With around 45 million people double-vaccinated and more than 35,000 new infections a day, most people now have some form of immunity to the virus.

“We will get to a point where all new cases will become either re-infections or ones in people who have had the vaccine,” Professor Preston says.

“That changes the hurdle for the virus and it could change its interaction with humans.”

Dr Harries also warned that with flu back in circulation, there is an “uncertain winter ahead”, as evidence suggests you could be twice as likely to die from getting both viruses at the same time.

And with case numbers still high, “enough people will need medical attention” to put pressure on the NHS in the coming months, Professor Preston adds.

Although the global picture is uncertain, due to a lack of genomic sequencing for different variants in some countries, Delta’s high transmissibility means “we’re not going to get rid of it”, so hopes of Delta’s dominance ‘ending’ the pandemic are baseless.

“It’s hard to say it’s a good thing. Delta is not a friendly version of the virus that we have now, it’s still killing people all over the world,” Professor Preston warns.

“It looks as if it’s suppressing many other potential variants, but will it continue to do so? We just don’t know.”

Paris Fury has revealed that she allowed her eldest daughter to leave school when she was just 11-years-old. Paris and Tyson's daughter, Venezuela, left school at 11 to keep in line with the "traveller way" and Paris has already said that she wants the same for her other five children. The mum-of-six told The Sun's Fabulous Magazine that it is "the traditional traveller way" for children to leave school at […]