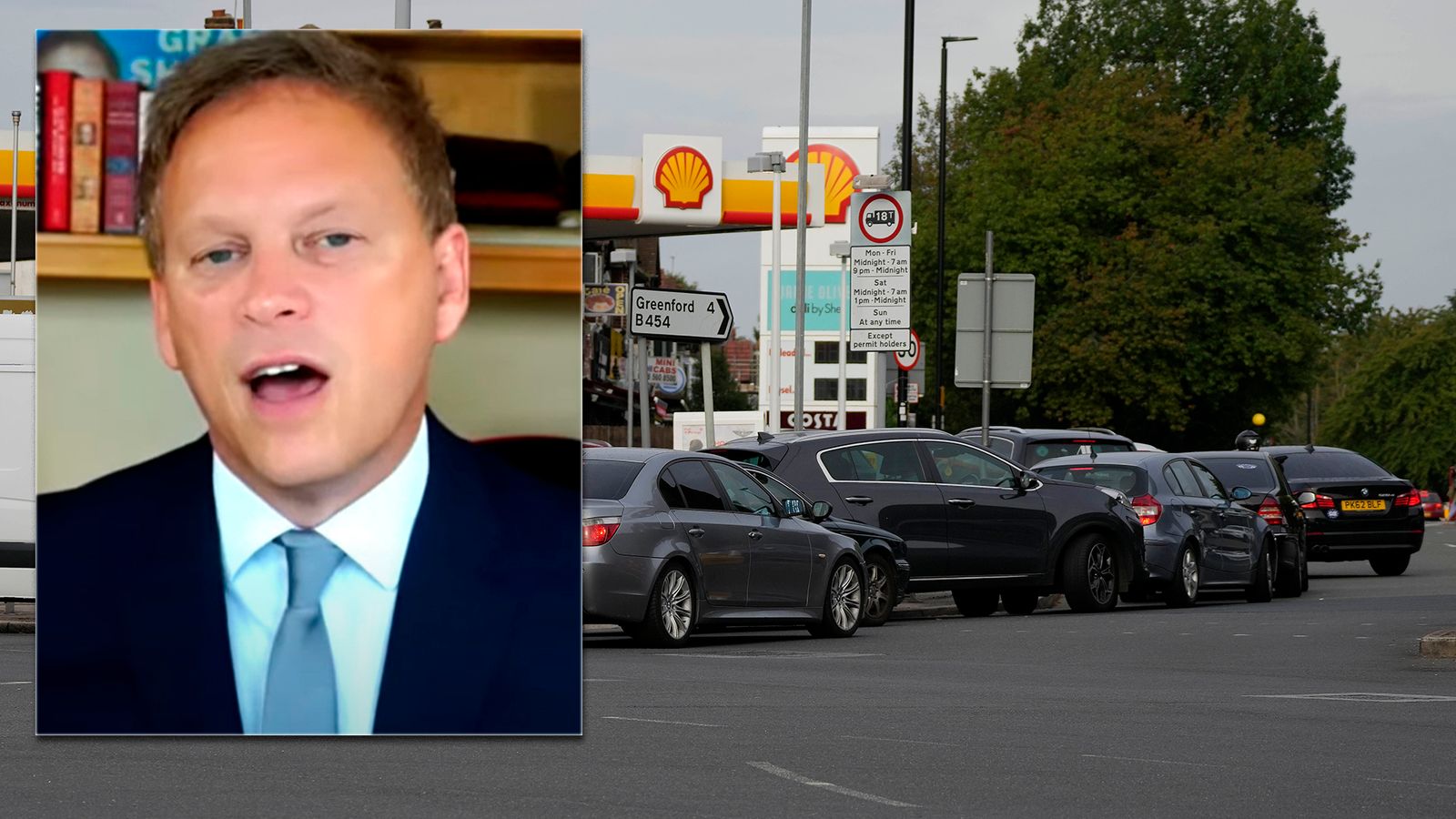 The first “very tentative signs of stabilisation” are being seen on petrol forecourts, the transport secretary has said, following days of long queues and closed pumps at some filling stations across the country.

Grant Shapps said the sooner people returned to their normal habits and stopped panic buying petrol and diesel, the sooner the fuel shortage crisis would ease.

“A lot of petrol is now being transferred into people’s cars and there are now the first very tentative signs of stabilisation in the forecourt storage which won’t be reflected in the queues as yet, but it’s the first time we’ve seen more petrol in the petrol stations itself,” he said.

“We all need to play our part and certainly don’t do things like bring water bottles to petrol stations, it is dangerous and extremely unhelpful.”

Responding to criticism that government action – such as putting the Army on standby to deliver fuel where it is needed the most – has been slow, the cabinet minister said “numerous different measures” had been put in place since April to remedy the supply crisis which has been caused by a shortage of fuel tanker drivers.

“We have already put 18 different steps in place, which I should say stretch right the way back to the spring,” he said.

“Remembering that this problem is almost entirely caused by coronavirus and the inability during lockdowns to test new HGV drivers. We have lost 30,000 HGV drivers through that process.”

Army tanker drivers have been put on a state of readiness should they need to be deployed to ease the chaos on fuel supply chains.

Fuel sales could be rationed and forecourt opening hours limited to try and tackle panic buying under the government's emergency plans for dealing with fuel crises.Capping the amount of petrol and diesel that can be bought by each customer, and restricting the hours pumps can operate, are among a number of measures to manage supply and demand set out in the National Emergency Plan for Fuel (NEPF). The plan lists ten measures, three of which have already been activated in […]

It isn’t just the UK that’s suffering supply chain issues. In the US, the crisis may last until the summer