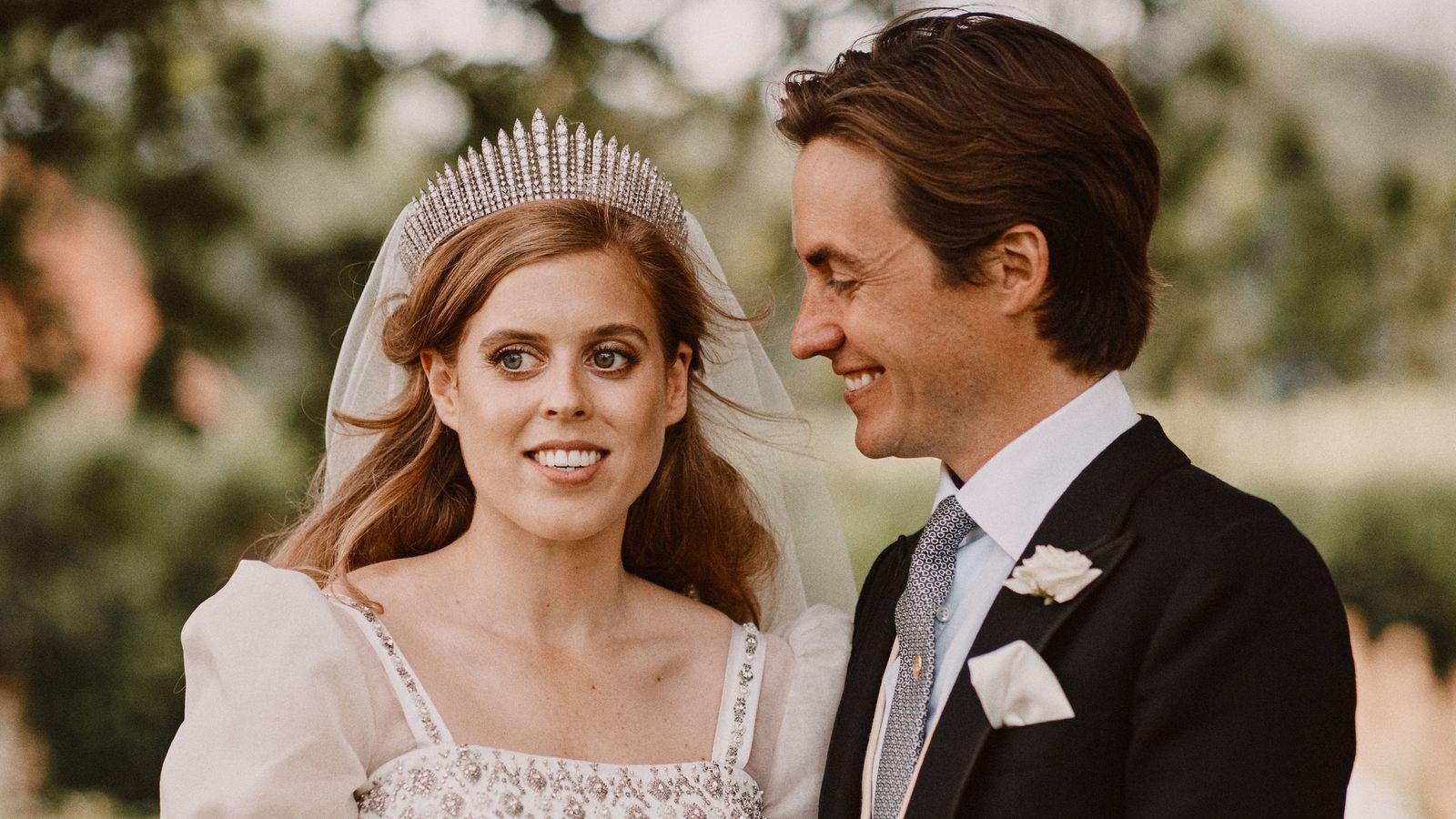 The Queen’s granddaughter welcomed her first child, weighing 6lb 2oz on 18 September at Chelsea and Westminster Hospital in London.

So delighted to share the news of the safe arrival of our daughter on Saturday 18th September 2021, at 23.42, at the Chelsea and Westminster Hospital, London.

Thank you to the Midwife team and everyone at the hospital for their wonderful care.

In a tweet from her official Twitter account, Beatrice said she was “delighted” to “share the news of the safe arrival” of the couple’s daughter, adding: “Thank you to the midwife team and everyone at the hospital for their wonderful care.”

In a statement, it said: “The new baby’s grandparents and great-grandparents have all been informed and are delighted with the news. The family would like to thank all the staff at the hospital for their wonderful care.

“Her Royal Highness and her child are both doing well, and the couple are looking forward to introducing their daughter to her big brother Christopher Woolf.”

The baby, who is 11th in line to the throne, is the Queen’s 12th great-grandchild, and the second to be born since the Duke of Edinburgh’s death, following the arrival of the Sussexes’ daughter Lili in June.

The princess and millionaire property tycoon Mr Mapelli Mozzi married in July 2020 in a secret lockdown wedding attended by the Queen and Philip after their planned ceremony was postponed because of the pandemic.

The Prince of Wales and Duchess of Cornwall’s official Twitter account welcomed the birth of Beatrice and Edoardo’s baby daughter.

The tweet said: “Congratulations to Princess Beatrice and Edoardo Mapelli Mozzi on the happy news of the birth of their daughter.”

Beatrice is the eldest daughter of the Duke of York and his ex-wife Sarah, Duchess of York, with the baby being the Yorks’ second grandchild.

The baby’s arrival has brought joy to the family as Prince Andrew faces a sexual assault lawsuit in the US.

There are plans for a candle-lit vigil to be held to mourn the loss of a woman and three children who were tragically killed in Killamarsh. A murder investigation was launched yesterday (Sunday) after the bodies of four people were found at a house on Chandos Crescent in the village near Sheffield. Jason Bennett, who is understood to be the father of two of the children killed, said that he […]

A COVID "plan C" has been proposed, according to a Department of Health and Social Care (DHSC) science chief.Last week, health minister Edward Argar said he was not aware of such a plan, which was reported to involve a ban on households mixing. There has been pressure for the government […]