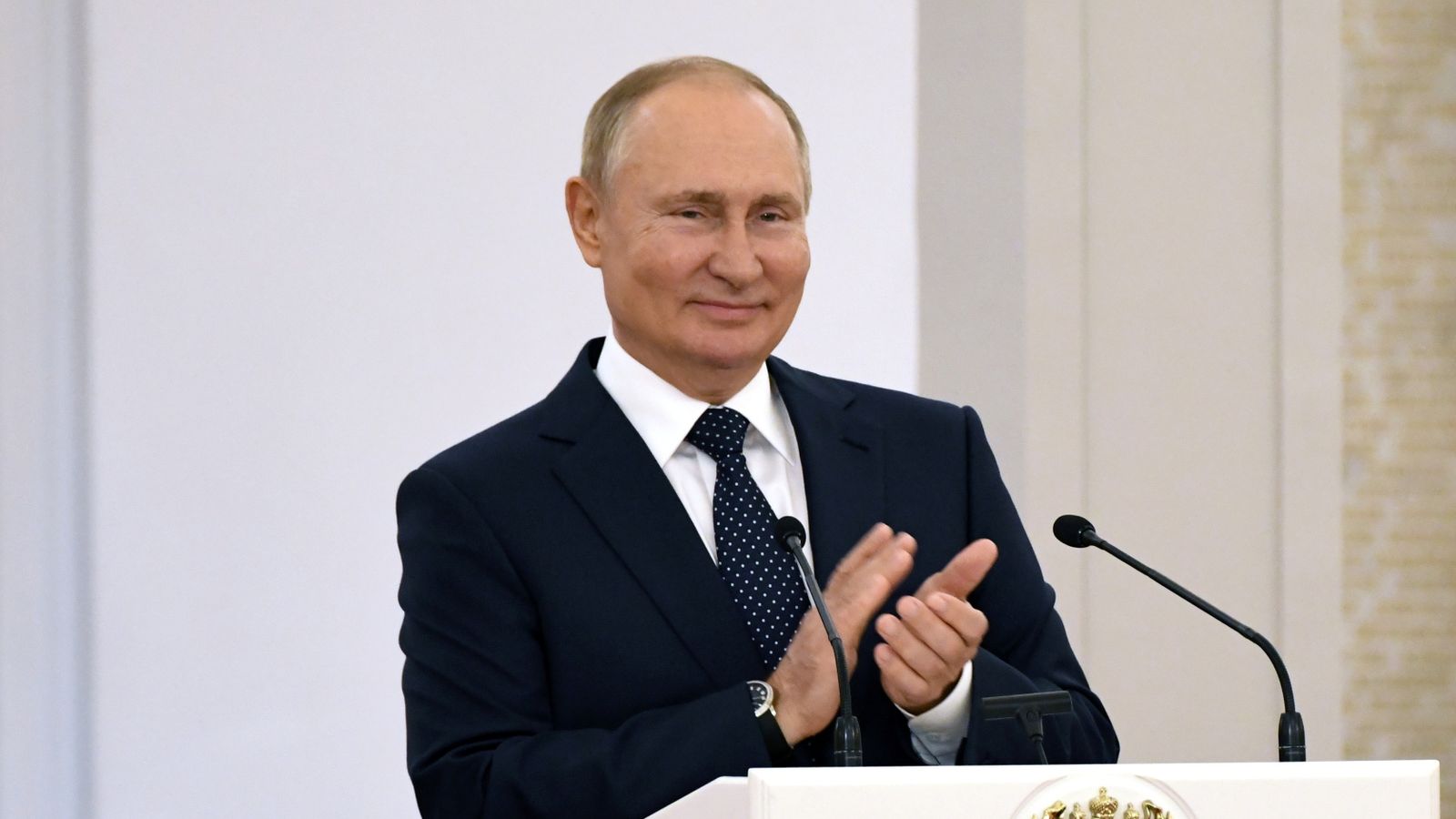 Vladimir Putin’s United Russia party is expected to secure an emphatic win as polls close in the country’s parliamentary election.

Preliminary results from the Central Election Committee, based on just 9% of votes counted, showed that United Russia won 38.57% of the vote.

Initial results also showed the Communist Party finishing in second place with 25.17% of the vote, followed by the nationalist LDPR party with 9.6%.

Allies of jailed Kremlin critic Alexei Navalny had urged Russians to follow his tactical voting strategy, which amounts
to supporting the candidate most likely to defeat United Russia in a given electoral district.

The vote was marred by numerous reports of violations, including ballot-stuffing, inadequate security and pressure on election monitors.

Sky News’s Moscow correspondent, Diana Magnay, said it was too early to say whether Mr Navalny’s strategy had made a difference.

The big question for United Russia, she added, is “whether they’ll keep their supermajority in parliament, or whether they will have to share power a little bit more”.

But even if it is the latter, “sharing power in any case is with parties that are essentially managed by the Kremlin”, she pointed out.

‘You don’t want this’: US comedian Chris Rock tests positive for COVID-19