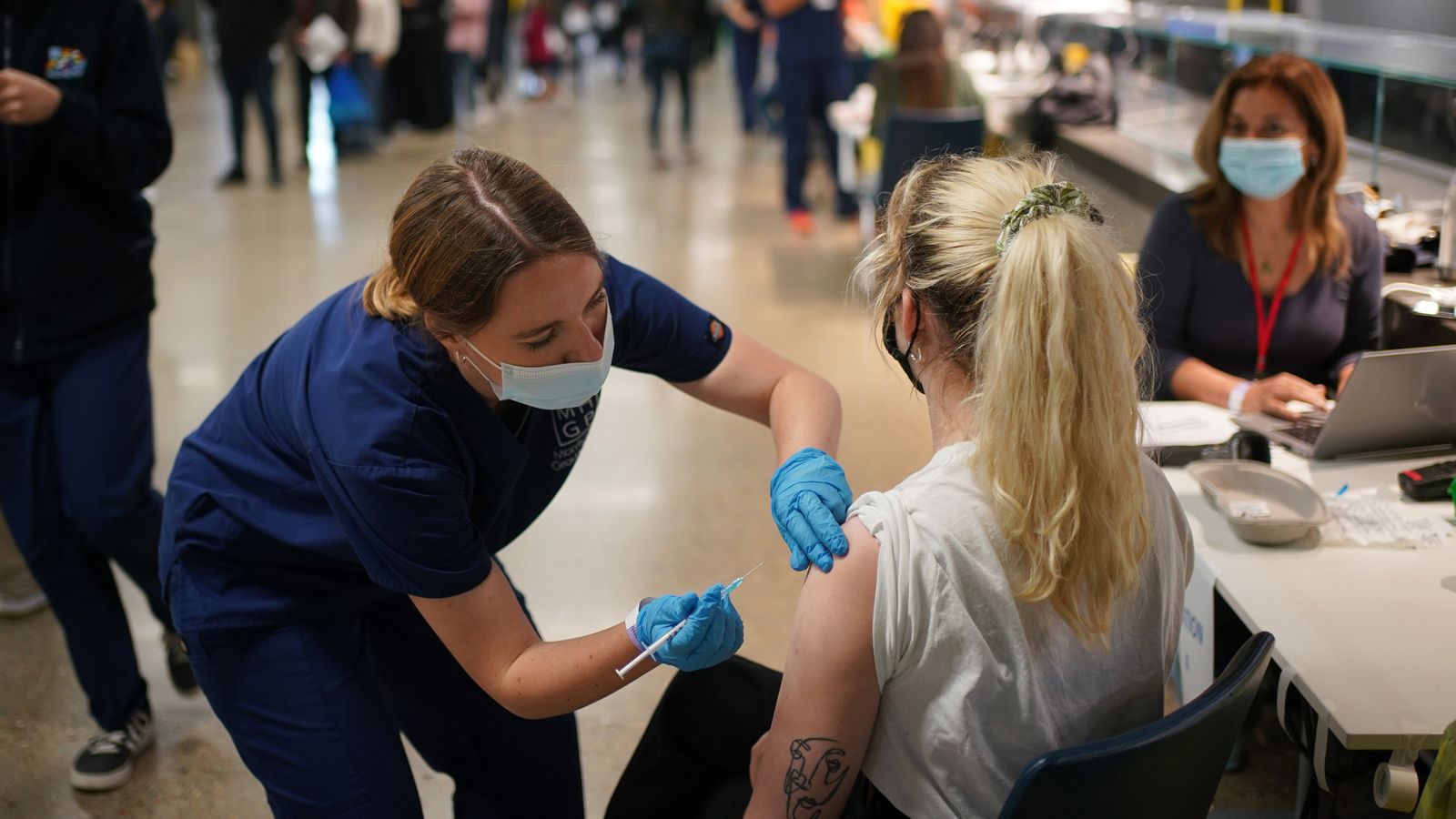 Four in five people aged 16 and over in the UK have now received both doses of a COVID-19 vaccine – as Health Secretary Sajid Javid hailed it as a “phenomenal achievement”.

Also, more than half of all teenagers aged 16 to 17 in England have already received their first dose, just over four weeks after the green light was given for this age group to be offered the vaccine.

It comes as a new campaign has been launched on social media to encourage more vaccine uptake among younger adults and children eligible for the jab.

Mr Javid said: “It is a phenomenal achievement that four in five adults across the UK have now received both COVID-19 vaccines, which have built a wall of defence around the UK and are allowing us to live safely with this virus.

“It is fantastic to see so many leading companies doing everything they can to help encourage young people to get the jab – from TikTok to MTV, as well as other household names who have already rallied behind the rollout like Uber.

“Getting your vaccine has never been easier, and I urge everyone to continue to play their part by getting the jab to protect themselves, their families and their communities.”

The figures compare with 41,192 infections and 45 fatalities reported on Monday, while 32,181 cases and 50 deaths were announced last Tuesday.

Also, the government has denied reports there is a plan to implement a firebreak lockdown in England around the October half-term if there is a new surge in COVID-19 cases.

But a Downing Street spokesman did say there are “contingency plans” for a “range of scenarios”, adding that “these kind of measures would only be reintroduced as a last resort to prevent unsustainable pressure on our NHS”.

Earlier, speaking on Sky News, vaccines minister Nadhim Zahawi did not deny that ‘firebreak’ restrictions could be implemented next month if COVID hospitalisations remain high – but said it depends on the success of the booster jab programme for the elderly and most vulnerable.

Mr Zahawi said the booster programme is his “absolute priority” as it will “absolutely help us to transition the virus from pandemic to endemic status”.

But he warned that the “one-way road towards sustaining the opening of the economy” will only happen “if we do that well”.

Meanwhile, National Insurance contributions will rise by 1.25% from next April to pay for the social care system in England in a bid to end what the government calls the “unpredictable and catastrophic costs” faced by many.

The increase is expected to raise about £12bn a year which, in the first three years, will mainly be used to fund dealing with the NHS backlog caused by the COVID pandemic.

Prime Minister Boris Johnson said he accepts the measure breaks a Tory manifesto pledge not to hike National Insurance, but that it was a necessary move due to coronavirus financial pressures.

Contingency plans will be set out this autumn in case the "unthinkable" happens and exams need to be cancelled again next year due to coronavirusThe interim chair of regulator Ofqual, Ian Bauckham, told MPs work is "quite advanced" should GCSE and A-level exams need pulling for a third consecutive year. "We are planning a joint consultation with the Department for Education (DfE) again later this autumn to propose a contingency plan should the unthinkable happen and examinations are again disrupted," […]