Fontaines DC: ‘The third album is wrapped up’

Fontaines D.C are on Matt Wilkinson’s show on Apple Music 1 today discussing their upcoming third album, their recent headline show at Green Man Festival, wanting to collaborate with Slowthai, as well as working at Abbey Road recently on a Velvet Underground tribute album.

Fontaines D.C on having finished their next album: It’s done. It’s done. The third album is wrapped up. I can’t tell you when it’s going to be released, but we did hope to have it out a lot earlier. I think we originally hoped to have it kind of nowish, but because of COVID and all that, it pushed things back a bit, because we never toured our second album… I think there’s a slight chance you might hear something earlier than next year.

Grian of Fontaines D.C on wanting to work with Slowthai: I would in a heartbeat, yeah. Absolutely. I’m up for whatever, to be honest. I’m there at the drop of a hat. It’s something we’ve flirted with for a while. But I don’t know, if it happens, it happens. We’d do it if there was an organic impetus for it. If there felt like there was an idea, if it was led by an idea, then we’d do it.

Fontaines D.C on working at Abbey Road Studios for a track on the upcoming Velvet Underground tribute album: We did it with Dan Carey and Dan Carey’s got a grin that splits his face in two as soon as he hears massive crazy noise. So it was just a labor of love, really. We did it in Abbey Road studios, and they just gave Dan all the controls and he was just in there just … I think we played some mad stuff on it. We played some mad instruments. It was a pinch yourself moment when I was standing in Abbey Road, playing in the studio that The Beatles had played with no clue of what I was really doing. And when you start to hear it come together in … ha-ha, Come Together, in Abbey Road, and you’re behind the sound desk, you hear the raw takes coming back, that’s absolutely mad, just sitting in the control room looking out at the live room, hearing your own voice and stuff come back through the speakers of Abbey Road. That’s just mental.

Grian of Fontaines D.C on their recent headline slot at Green Man Festival: I think I start getting, you know, going through a bit of a Jekyll and Hyde transformation about an hour before we go on, usually. I think that’s what actually makes me the most tired afterwards is a kind of huge emotional excavation, that I’m going to have to dig up a lot of stuff. In the five minutes beforehand, we all just started manically clapping each other on the backs and saying we love each other and we’re proud of each other, when it’s a big one, do you know what I mean? But, yeah, I think we’re all just sort of slapping each other a bit too hard on the back, you know what I mean? Me and Curley were laughing about it the day before, because it’s been so long since we’ve actually seen a gig. We haven’t actually spent much time buying a pint at the bar and watching a band play. We just had that nice sense of, I want to say sort of competition, but it was slightly more innocuous than that. It’s friendlier. But we were just saying to each other, “Jesus, other bands are really good, aren’t they?” 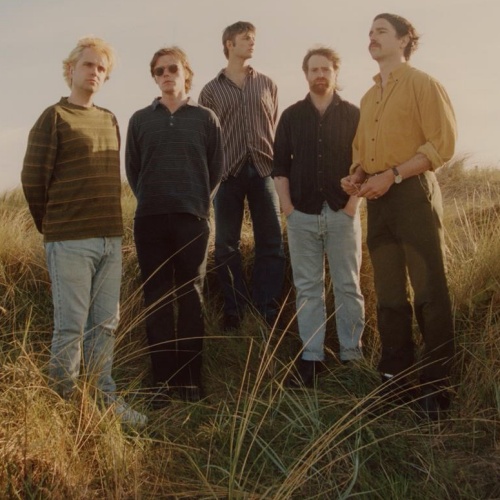 The Wanted are preparing to announce a comeback. Max George, Tom Parker, Nathan Sykes, Siva Kaneswaran and Jay McGuiness have all agreed to reunite in support of Tom, who has a brain tumour. A source told The Sun on Sunday newspaper: "Tom’s ordeal meant everyone has wanted to rally round and celebrate what they achieved as a group and live in the moment. "They loved their time in the band […]