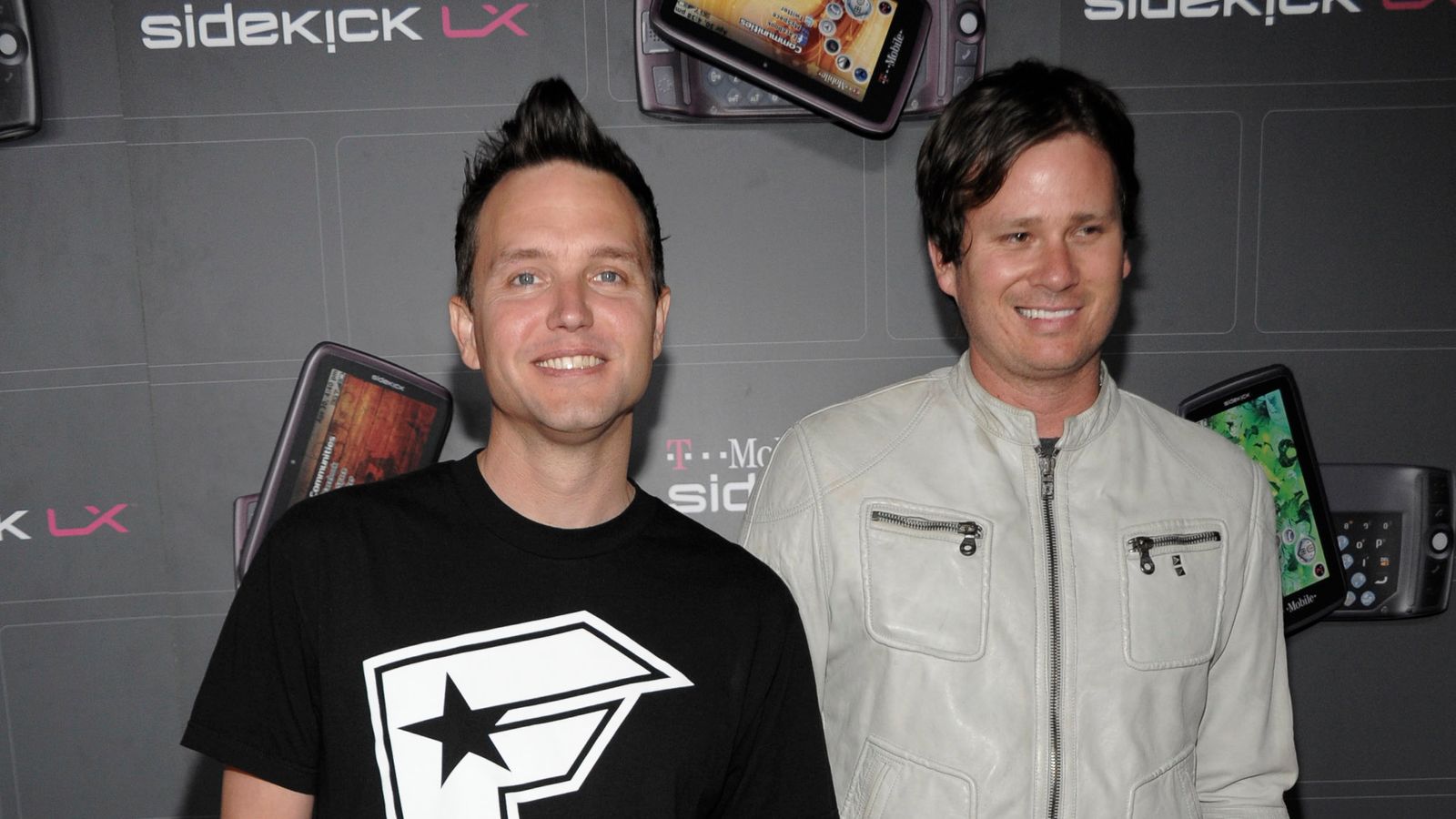 Hoppus, 49, previously said he had been diagnosed with stage 4 diffuse large B-cell lymphoma.

DeLonge, who was one of the group’s founding members and known for his recognisable pop-punk voice, wrote on Instagram: “@markhoppus is almost done with his treatment… send him (love) to power him through this last stretch.”

The caption was alongside a photo of the pair looking more youthful than they do now.

Using an Instagram story, Hoppus also shared the moment he told his doctor about a lump on his shoulder, where he asks when he can get it checked.

The bass player wrote: “Hi Jill. For the past couple days I’ve had this dull sore lump in my shoulder kind of right where it connects to my neck that could either be fatal lymphoma or a sore muscle.

“At what point should I be concerned and have it looked at?”

His physician replied: “I need to see you!!!”

The screenshot also shows the pair scheduling the appointment for later that day.

He captioned the message with “how it started”, while the next image is of him in the hospital, seemingly wired up and flashing fans the V-sign, captioned “how it’s going”.

Hoppus has shared a number of images chronicling his treatment, notably of him without hair.

He formed US pop punk band Blink-182 in 1992 with former bandmates Tom DeLonge and Scott Raynor. The latter was replaced by Travis Barker.

Guitarist Tom DeLonge left in 2015, and was replaced by Matt Skiba.

The group is best known for hits such as All The Small Things, Always and I Miss You.

UK asylum applications from Afghanistan rose by 53% in the second quarter of this year even before the Taliban took control, new data from the Home Office shows.Between April and June, 394 Afghans applied for asylum in the country compared with 257 during the first quarter of 2021. The total number of asylum applications also increased by almost half to 8,374 in this period, the highest number since the end […]

Everybody knew the allegations against R Kelly – so why has it taken 30 years to get justice?

R Kelly's trial was the culmination of decades of accusations, pointing to a predator hiding in plain sight.Rumours and allegations about the now disgraced R&B singer date back to almost the beginning of his career - and yet, he rose to become a chart-topper, a Grammy winner, an artist who […]