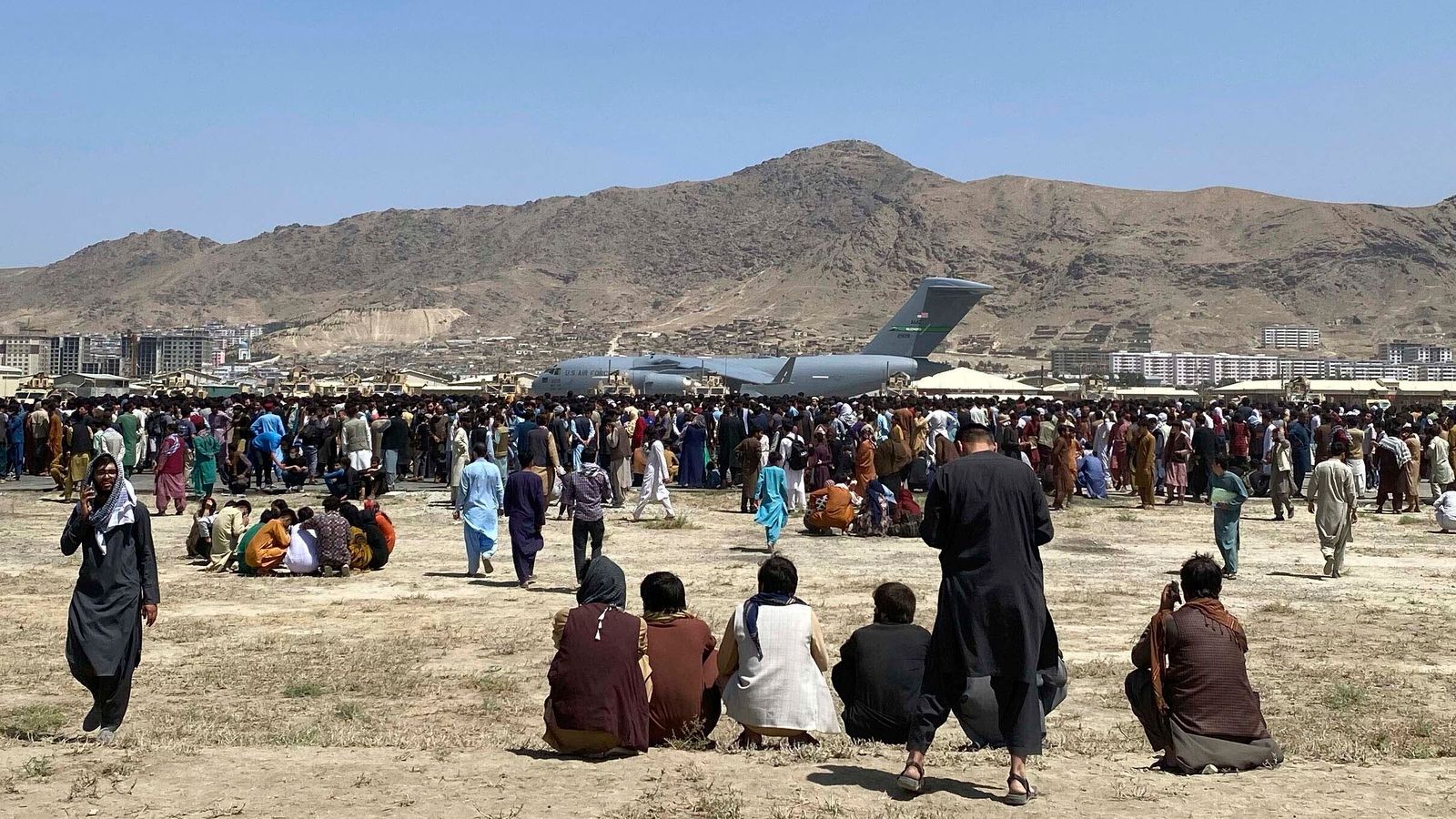 The UK’s evacuation effort in Afghanistan is “down to hours now, not weeks”, the defence secretary has said.

Ben Wallace conceded the UK’s involvement will end when the US leaves the country, which is expected to be on 31 August.

“The prime minister is, obviously at the G7, going to try and raise the prospect of seeing if the United States will extend,” he said on a visit to Port George, near Inverness.

“It’s really important for people to understand the United States have over 6,000 people in Kabul airport and when they withdraw that will take away the framework, and we will have to go as well.

“I don’t think there is any likelihood of staying on after the United States. If their timetable extends even by a day or two, that will give us a day or two more to evacuate people.

“Because we are really down to hours now, not weeks, and we have to make sure we exploit every minute to get people out.”

A G7 leaders summit is due to take place virtually tomorrow, with Boris Johnson expected to push US President Joe Biden for an extension of the US pullout at the end of August.

The president has signalled he could be willing to bow to demands but armed forces minister James Heappey said the Taliban would also have to agree to that.

Taliban spokesman Dr Suhail Shaheen told Sky News 31 August is “a red line” and there will be “consequences” if Mr Biden delays the withdrawal of US troops.

Mr Heappey said the “hard reality” was not all people eligible would be airlifted out but said there is a “second phase” where people will be able to register for the UK’s Afghan Relocations and Assistance Policy (ARAP) at a refugee handling centre or embassies in the region.

“There were a number of people from civil society that weren’t part of ARAP, but the UK government has been trying to do the right thing,” he said.

The minister said the UK has extracted 1,821 people on eight flights from Kabul in the past 24 hours, with 6,631 evacuated in the past week.

Disabled people who work in the British television industry are facing "consistent difficulties" when it comes to career progression, a new report has found.The findings from the Lenny Henry Centre For Media Diversity at Birmingham City University show that more than 80% of those who were surveyed say their disability has adversely affected their careers. Additionally, 77% of respondents also said their career options in the industry have been limited […]

Polls have opened in the German election that will decide who succeeds Chancellor Angela Merkel after 16 years in charge of Europe's biggest economy.Polls point to a very close race between Mrs Merkel's centre-right union bloc, with state governor Armin Laschet running for chancellor, and the centre-left Social Democrats, for […]