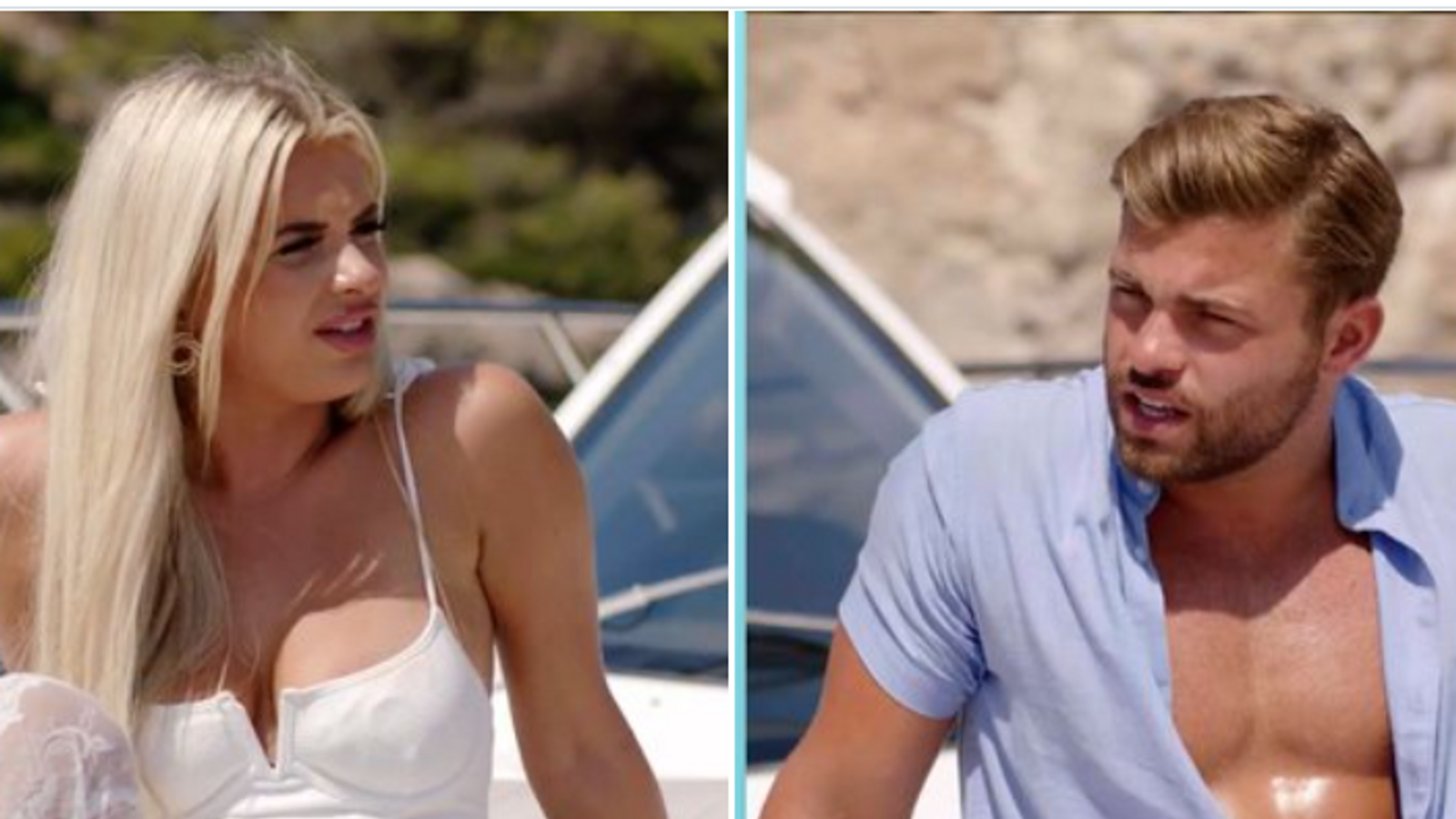 Love Island’s Liberty Poole and Jake Cornish have decided to leave the villa, just days before the final, after ending their relationship.

The pair, nicknamed ‘Jiberty’, coupled up on the first day of the hit reality series and a few weeks later became the villa’s first official couple after Jake asked Liberty to be his girlfriend.

However, the couple experienced a bump in the road after Liberty was shown a video of Jake, during a pub quiz activity, saying he was not attracted to her enough to “rip her clothes off”.

Since then, the waitress from Birmingham and the water engineer from Weston-super-Mare, have been on a tumultuous journey together which resulted in them breaking up in Thursday night’s episode.

Liberty, 21, broke down in tears as she questioned their suitability for each other, raising concerns over a comment Jake made about her messiness giving him “the ick”.

She told him she wasn’t going to change for anyone, and throughout the show made several comments about “staying true” to herself.

On Friday night’s show, following their split, they were sent on a final date on a luxury boat where they discussed their relationship and decided to leave the show together as friends.

Liberty said: “It is a bit of an awkward one. Being here with my friends and seeing them is great.

“I am literally so happy for every single one of them that they have been able to find someone for them. But I am going to leave today anyway because that is the right choice for me.”

“I am not going to let you walk out on your own. It is as simple as that. I think the best thing is that we end on good terms and be friends and say we tried.”

Upon their return to the villa, they gathered their fellow islanders around the firepit where they broke the news.

Liberty said: “We just both come to the conclusion obviously that at this moment in time, it’s best for us to go our separate ways and we’re going to leave the villa.

“We just obviously don’t want to be here and take up a place when obviously you guys are all strong couples and that was us at one point, but that’s not us anymore.”

She was comforted by the remaining female contestants, with Faye Winter saying: “We’re all so proud of you and we’re just sorry that it didn’t work out for you the way it should have.”

They received a round of applause as they left the Mallorcan villa together.

After leaving the show, Liberty suggested Jake had not fought hard enough for her affections during their final days in the villa.

She told The Sun: “I feel like the natural thing to do if you are into someone is to fight for them. But if that is the way he wanted to handle the situation, it was right for him.”

A teenage boy has been arrested after a 13-year-old died from a suspected drugs overdose.Mehmet Altun was admitted to hospital on Thursday after falling ill in Bournemouth. He was taken to hospital for treatment but later died. Dorset Police said officers are awaiting results of a post-mortem examination but believe he died of a drugs overdose.A 14-year-old boy from Bournemouth has been arrested on suspicion of supplying a Class A […]