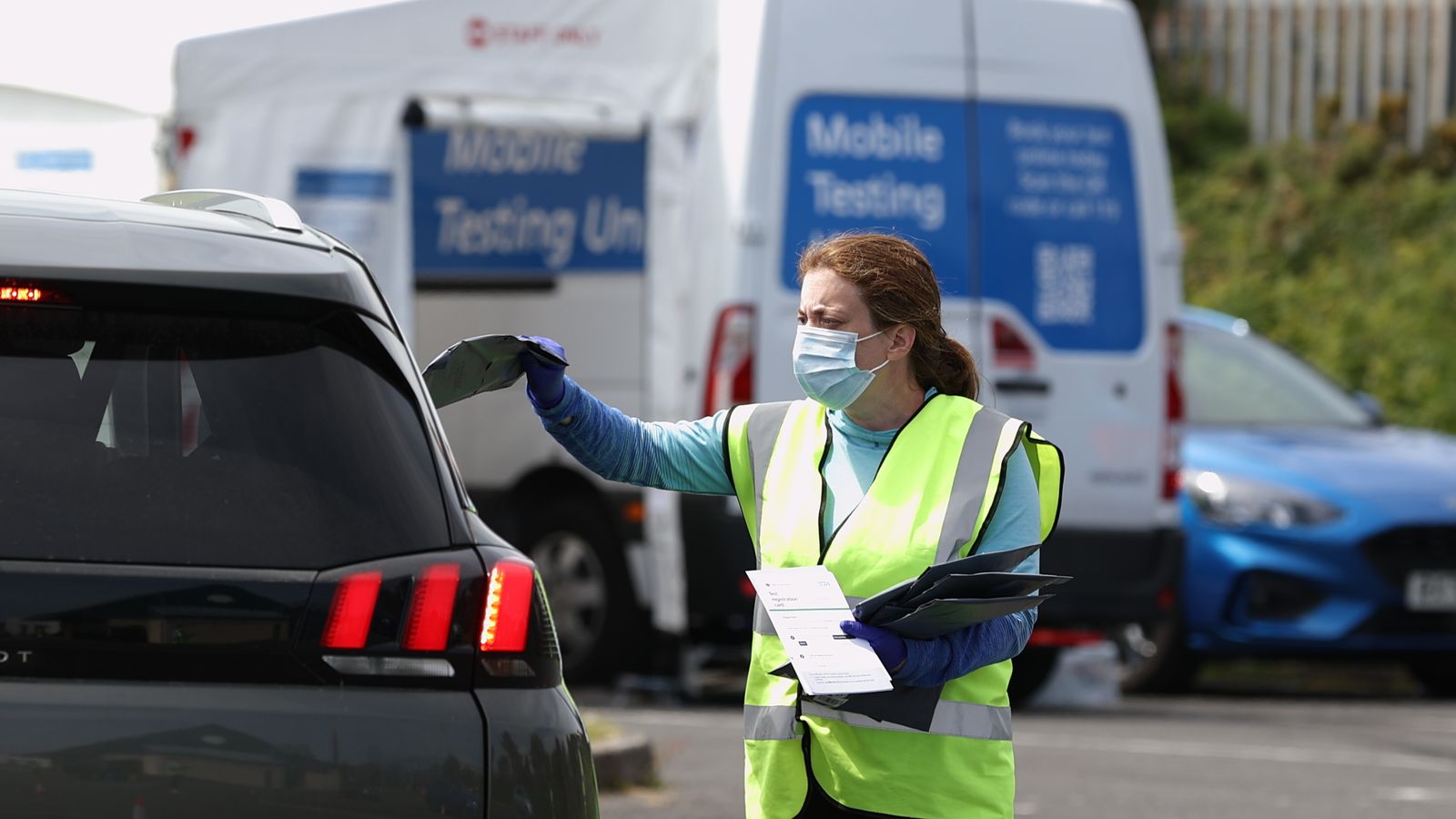 The number of people who tested positive for coronavirus in England went up 6% last week, following two weeks of decline, latest figures reveal.

NHS Test and Trace data shows that 190,508 people tested positive for COVID-19 at least once in the week ending 11 August.

The increase follows two weeks in which the number of people testing positive had fallen.

It comes after an Oxford University study revealed that people who have been double-vaccinated can still contract and transmit the Delta variant.

Scientists found that two doses of the Pfizer jab were more effective against Delta, but their protection waned quicker than the AstraZeneca vaccine.

While case numbers went up last week, the number of isolation alerts sent out by the NHS COVID app fell by 18%.

A total of 261,453 people were ‘pinged’ by the app in the week ending 11 August in England and Wales, which is the lowest figure since 23 June.

The latest figures refer to the period before rules in England changed on 16 August, meaning people who are fully-vaccinated no longer have to isolate as a close contact of someone with COVID.

Of those who were referred to NHS Test and Trace after testing positive, almost one in seven (13.6%) were not contactable, so were unable to provide details of close contacts.

This is up slightly from 13.2% the previous week.

Only 89.2% of people who did a PCR test at a testing site in England in the week ending 11 August received their result within 24 hours.

Prime Minister Boris Johnson pledged in June that by the end of that month, all in-person tests would receive results within 24 hours.

The woman who vanished: Kidnap, mistaken identity, and a 50-year mystery

"How does a middle-class housewife who has no enemies in the world just vanish into thin air?"On 29 December 1969, a woman called Muriel McKay was abducted from her home in Wimbledon, southwest London. She was never seen alive again, her body never found. Inside the house, the telephone had been ripped from the wall, the contents of her handbag were scattered about, and a roll of twine and a […]

‘Human logjam’: Massive queues as e-gates go down at UK airports and people stuck on planes