Barack Obama and Bruce Springsteen are co-authoring a book.

The former U.S. President and Born in the USA hitmaker will unveil a work titled, Renegades: Born in the USA, via Higher Ground and Penguin Random House on 26 October.

Following on from their Spotify podcast of the same name, the book will build on the already established series by adding new stories, more than 350 photographs and illustrations, as well as never-before-seen material.

In the opening pages, Obama writes: “Over the years, what we’ve found is that we’ve got a shared sensibility.

“About work, about family, and about America. In our own ways, Bruce and I have been on parallel journeys trying to understand this country that’s given us both so much. Trying to chronicle the stories of its people. Looking for a way to connect our own individual searches for meaning and truth and community with the larger story of America.”

Obama and Springsteen launched Renegades on Spotify back in February.

According to editors at Variety, the 320-page book will be released both in English and Spanish language editions. 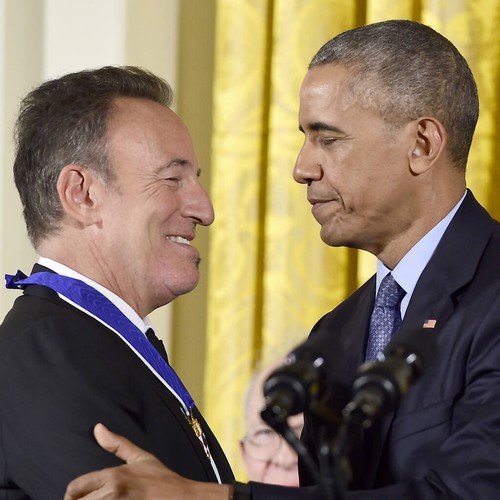 COVID-19 infections in those aged between 20 and 29 are at the highest rate seen in any age group in England since the pandemic began, according to new data.The latest Public Health England surveillance report on the coronavirus found that, for the week to 18 July, there were 1,154.7 cases per 100,000 in this cohort. According to PHE: "This is the highest case rate recorded, since mass testing began, in the pandemic for any age group".COVID news live - latest […]