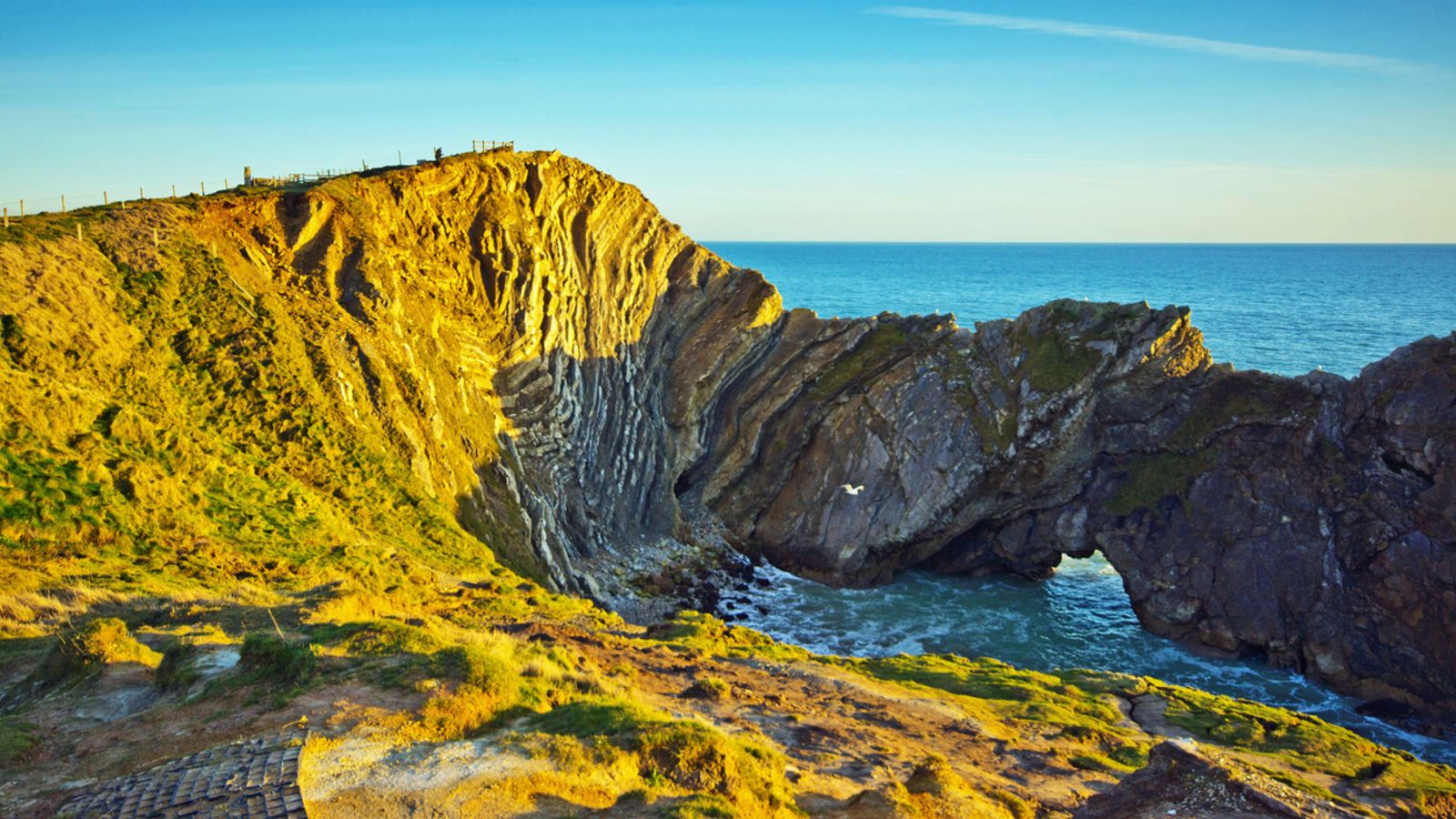 A man died after falling from rocks at a coastal beauty spot on the hottest day of the year, police have said.

The man, who was in his 40s, fell off rocks at Stair Hole near to Lulworth Cove at around 6.30pm on Sunday, Dorset Police said.

Police, paramedics, the air ambulance and coastguard were all sent to the scene, but the man was pronounced dead shortly after.

There were no suspicious circumstances and his family were informed, the force added.

The incident happened on the hottest day of the year so far when temperatures reached 31.6C (88.9F) in London.

An ‘extreme heat warning’ is in place for the first time across the UK until midnight on Thursday.

It comes as the coastguard in nearby Swanage issued a warning not to take selfies near cliff edges after an image of a couple appeared posing for the camera next to a huge drop.

HM Coastguard Swanage wrote alongside the picture: “Taken last night near Old Harry – help us to help you – on Sunday.

Before the shocking online racist abuse of England players Marcus Rashford, Jadon Sancho and Bukayo Saka in the aftermath of England's Euro 2020 final defeat, people in Yorkshire had already experienced horrific incidents of racial harassment.In June, ex-York resident Suzanne Young was branded a "disgrace" by a judge at York Magistrates Court after a viral video showed the 52-year-old spitting and throwing punches at Charles Casmir and kicked his dog […]