Hip-hop star Saweetie left her Chinese-Filipino mother a little disappointed by spitting insults in Tagalog on her debut album.

The Tap In hitmaker shows off her linguistic skills on the upcoming Pretty B**ch Music, but the sassy lyrics she rhymes in her mum’s native language on the project came as a shock to her conservative parent.

“I do talk some s**t in Tagalog,” Saweetie told Billboard. “My mum was really against it. My Asian side, they’re very traditional – they were immigrants. So it’s like, their culture’s a little bit more reserved. So, she was just like, ‘Girl, I can’t believe you just said that!'”

Saweetie will also be experimenting with Latin music on the forthcoming album, after teasing a track with two top artists.

“It’s just one of those records where the beat introduces the song before the lyrics even come on,” the star shared. “I’m just really excited ’cause it’s just a lot of fun!”

“They’ve worked hard to get to where they’re at, so the fact that I have them on there is just amazing,” she added of her mystery collaborators – one male and one female.

Fans have yet to receive a definitive release date for Pretty B**ch Music, which Saweetie delayed from its June launch to ensure the project was perfect, but she assures devotees, “It’s coming soon!” 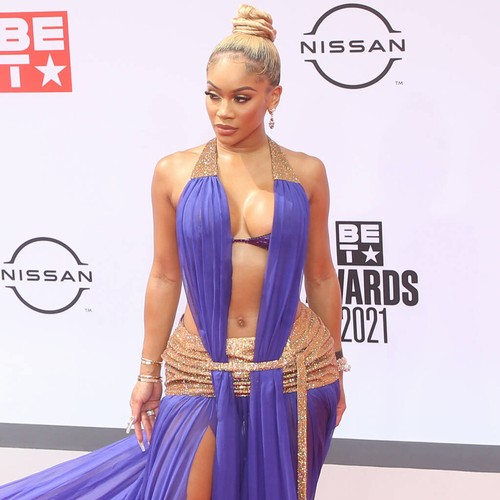 Shaun Ryder says he'd "probably be locked up in a loony bin" if he was still living a wild rock 'n' roll lifestyle. The Happy Mondays singer was renowned for his hard partying lifestyle when the band were at their peak in the very early 90s and he has admitted to experimenting with cocaine, heroin, ecstasy and marijuana, as well as being a big drinker. But when he got to […]