Kid Cudi has issued a response to the online trolls criticising him for painting his nails.

The rapper took to Instagram on Saturday to post a photo of himself wearing a helmet from The Mandalorian, along with the caption, “Mando Cud.”

However, a number of Cudi’s followers chose to ignore his costume, and instead made negative comments about his blue and orange manicure.

Several hours later, the star – who regularly rejects traditional gender norms with his fashion choices – issued a response to his critics.

“Turned my comments off on Instagram,” he wrote on his Twitter account on Sunday. “Seems people really have a problem w me painting my nails. I got sick of blockin so many accounts. I really need u to understand, if u don’t like me doin this or anything I do, please don’t buy my albums, don’t come to my shows (sic). F**k way off.”

“I LOVE YOUR NAILS BB,” wrote one follower, while another commented, “I think your nails are rad.”

Back in April, Cudi performed in a custom-made Off-White dress on Saturday Night Live as an homage to a look that the late Kurt Cobain once wore in the 1990s.

Responding to the mixed reaction to the outfit choice during an appearance on HBO Max’s The Shop: Uninterrupted, the 37-year-old insisted that he wasn’t the slightest bit concerned.

“I’ve never been someone who’s like thinking about the backlash. I don’t give a f**k about what anyone thinks. You can’t when you’re doing this s**t. I knew it would p**s some people off, but I love that. Because hip-hop is so weird about s**t,” he added. 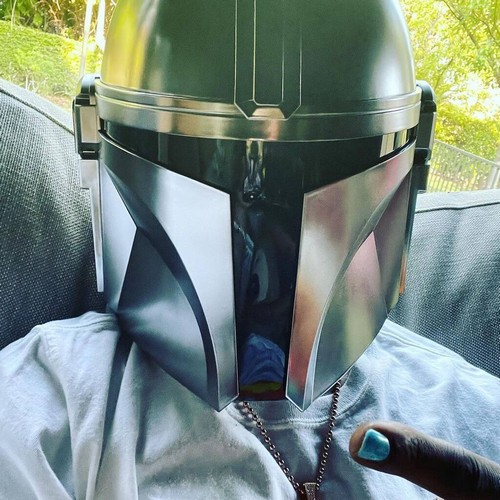 ‘We have to act fast’: Calm Merkel promises ‘rapid recovery’ after Germany devastated by floods

German Chancellor Angela Merkel has told her nation that a recovery plan will be in place within days, after visiting some of the areas that were worst affected by the country's floods.Mrs Merkel, who will stand down as chancellor later this year, visited the village of Schuld, which was devastated, before moving on to the nearby town of Adenau. There, speaking in front of local residents, she said that there were almost no words to describe what had happened to […]