Liam Payne hints split from fiancee was a mistake

Liam Payne has hinted ending his engagement with model Maya Henry was a mistake after sharing a rambling note about lost love on social media.

The Strip That Down singer revealed he was single again in early June, 10 months after confirming the couple was planning to wed.

However, it appears Liam has since had second thoughts about letting Maya walk out of his life, as he shared a series of heartfelt messages on his Instagram Story timeline early on Sunday.

One note read: “Don’t let someone go if you really want to love them even if you have to learn to love them through your own mistakes let your instinct tell you that you need them and keep them close we are always running out of time we never gain it (sic).”

“F**k me I am wise (sic),” he then wrote, as he tagged Maya in another post, complete with a praying hands emoji, and then added, “I love you, we calm (sic).”

Maya has yet to publicly respond to the apparent plea for a reconciliation.

She was briefly linked to the former One Direction star in 2018, shortly after his split from fellow British singer Cheryl, the mother of his four-year-old son Bear.

Liam first broke the news of his failed engagement during a candid chat with Steven Bartlett on his The Diary of a CEO podcast, insisting he needed space to work on himself.

“I feel like more than anything at this point, I’m more disappointed in myself that I keep on hurting people,” he explained. “That annoys me. I’ve just not been very good at relationships.

“And I know what my pattern of things is with relationships at this point. I’m just not very good at them so I just need to work on myself before I put myself on to somebody else.”

“That’s what happened with my last relationship,” Liam continued. “I just wasn’t giving a very good version of me anymore. I feel better out of it.” 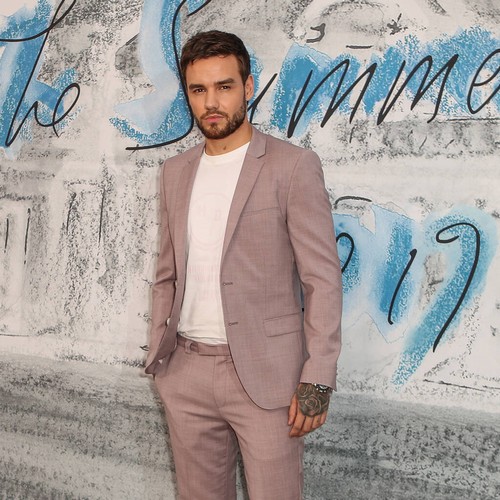 Gwen Stefani and Blake Shelton have reportedly tied the knot.The couple wed on Saturday at country singer Shelton's Oklahoma ranch, where he and Stefani spent much of their Covid-19 lockdown with her three sons from her marriage to Gavin Rossdale.The stars exchanged vows in a small intimate ceremony in front of close family and friends at an outdoor chapel built for the special day on Shelton's ranch, reports Page Six.Stefani […]