Grimes has teased that her new album is a “space opera” about an AI lesbian romance.

The 33-year-old experimental pop artist- who has son X Æ A-Xii, 14 months, with Tesla tycoon Elon Musk – has detailed the sci-fi tale behind the follow-up to 2020’s ‘Miss Anthropocene’.

Asked by one fan what the vibe of the record is, she explained on Instagram: “It’s a space opera about CLAIRE DE LUNE.

“An artificial courtesan who was implanted in a simulation that is a memory of the AI creation story on earth from the brain of the engineer who invented AI because he wants to re live his life but see if his perfect dream girl could teach him to love and thereby he would preserve humanity this time rather than let them fade into obscurity – overcome by the machines.

“Simultaneously— “NO ONE” (the most powerful super intelligence in the future where the simulation is being rendered from) realizes there’s a massive hyper-realistic sim running and sends in her troll A.I. puppets to wreak havoc.

“DARK MATTER—her lead A.I. demon—enters basically as the “black swan” to Claire De Lune—but in the end they fall into a lesbian romance due to the fact that they are the only two fully A.I. beings in this universe. It goes on but that’s where the first part of the story stops. (sic)”

In January, Grimes revealed she was in the process of completing the vocals and mixing the LP and could release new music within the next couple of months.

Grimes added how she: “MAYBE TRYING TO MAKE ANOTHER SONG.”

The star also revealed she has been working with “genius” Canadian songwriter Illangelo – a longtime collaborator of The Weeknd.

She said of the collaborations she has in the pipeline: “Just did a lot of work with Illangelo.”

And on working with Caroline Polachek, she said: “CAROLINE AND I HAVE STARTED A THING BUT SHES RLY GOOD AT MUSIC AND ITS DAMNED COMPLEX! IM LIKE WTF IS THIS. (sic)”

The ‘Oblivion’ star – whose real name is Claire Elise Boucher – was also asked if she’d like to collaborate with the likes of Travis Scott and Dua Lipa and hailed Doja Cat her “favourite” artist. 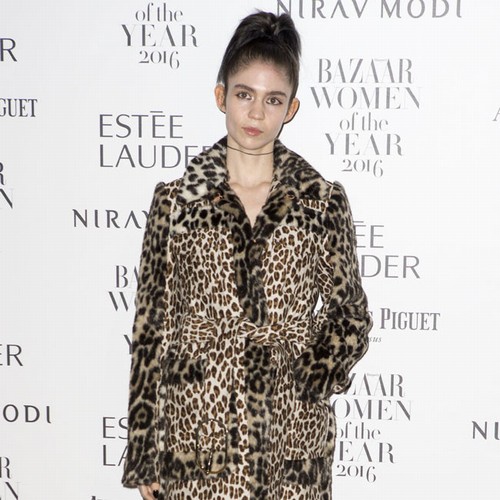 Lana Del Rey has delayed her album 'Blue Banisters'. The 'Born to Die' hitmaker took to Instagram on the record's planned release date on Sunday (04.07.21) to announced that it will now not arrive until "later later". Alongside the album's artwork, she simply wrote: "TBD." However, Lana did post a snippet of a new track from the LP on the Fourth of July. She captioned the clip: "Album out later […]