James Bay’s upcoming new album has a completely new tracklisting because of the COVID-19 pandemic.

The ‘Hold Back The River’ hitmaker has revealed his third studio LP is now a very different record to the one he originally planned to bring out last year because he’s swapped in several different songs after deciding the ones he had intended to release were not up to scratch.

James – who started making his album in February 2020 in Nashville – spent the majority of his coronavirus quarantine writing fresh songs, and he’s delighted that he had that time to keep working on his next record and improving it.

He said: “As the world opens I’ve got music. I’ve got so much music ready, well, some of it is not quite ready yet. This album is not a completely different 12 songs but there has been an update. I am grateful for the time.”

James, 30, admits it’s not uncommon for him for him to dislike songs that he actually does release because, as an artist, he’s always striving for perfection.

Discussing his approach to his song selection, he added: “Really, you have to put them out and hope people love them before you decide you don’t love them anymore.”

James can’t wait to finally release his album and then head out on tour again but he is realistic about when that might happen, as he accepts any large concerts are unlikely to take place in 2021.

Speaking on the ‘Do You Know How Many Bands There Are?’ podcast, the rocker – who is playing some intimate solo shows throughout July – said: “I’ve got a couple of solo shows announced and hopefully as I get into announcing more music I can announce more touring. I realistically expect most of that touring to be in 2022. I’m just looking at the landscape of things and I think it will be more like then.” 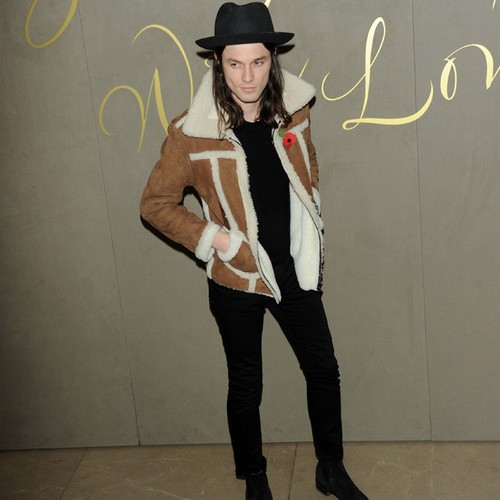 There will be a "much more permissive regime" of coronavirus measures in England after 19 July - with the wearing of face masks a "personal choice", a minister has told Sky News.Speaking to Trevor Phillips on Sunday, Robert Jenrick said the success of the UK's COVID-19 vaccination programme means the government is "able to think about how we can return to normality as much as possible". The housing secretary added: […]