Lulu “rations” how much she speaks before a gig.

The 72-year-old singer takes a number of precautions to preserve her voice so if she has a concert booked, she won’t hold a conversation with anyone the morning before and limits the number of phone calls she takes in the hours leading up to the show.

She said: “I do have to be disciplined to ensure my voice is as good as it can be in order to perform. “When I have a gig in the evening, for instance, I never speak until after midday and even after that time I ration the amount of time I speak on the phone.”

Lulu also amends her diet and makes sure she warms up her vocals thoroughly before a concert.

She added to Yours magazine: “I also cut right back on dairy products as they can cause congestion.

“I spend a lot of time warming up. An hour and a half before I go on stage, I start singing in my dressing room.

“I am incredibly disciplined but I get such joy from it.”

The ‘Shout’ hitmaker admitted she’s amazed she’s still performing regularly after so many decades in the music industry.

She said: “Music and performing are what I live for. It’s what I do. It makes me tick.

Lulu credits her upbringing for her strong work ethic.

She said: “I come from a working-class background with a very strong work ethic. A place where you don’t get things handed to you, you have to work for it.

“Not to sound down about it, but, with my family, there was a lot of stuff going on that was trying.

“I had a lot of pain and difficulty but that’s made me; it’s the fibre of who I am.

“I’m a fighter and that’s going something to do with it.” 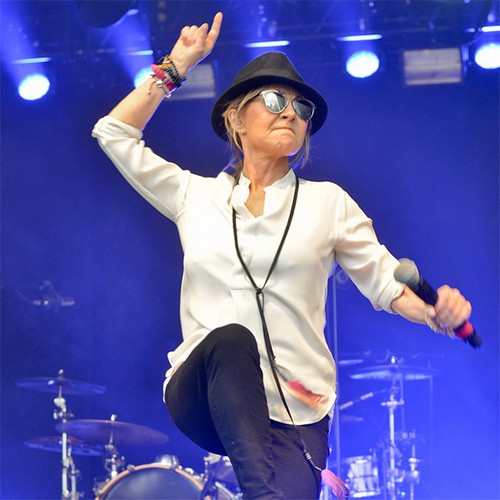 Supermarket giant Morrisons has agreed a takeover offer from a consortium in a deal worth £6.3bn.The move follows the rejection of an earlier £5.5bn bid from one of the world's biggest buyout firms, Clayton Dubilier & Rice (CD&R), which the grocery chain said "significantly undervalued" the business. Under the terms of the agreed deal with a group made up of Fortress Investment Group, Canada Pension Plan Investment Board and Koch […]