The Kid LAROI and Justin Bieber to drop Stay next week

The Kid LAROI and Justin Bieber will release their new song, ‘Stay’, on July 9.

The 17-year-old Australian rapper and the pop megastar have been teasing fans on social media about the release and have now confirmed the date for their next tune together.

The former tweeted a screenshot seemingly between him and the CEO of Columbia Records, Ron Perry, and excitedly wrote: “JULY F****** 9TH!!!!!! LETS GOOOOO FAMILY I LOVE YALL SO F****** MUCH THANK YOU THANK YOU THANK YOU. PRE SAVE THIS S*** AND LETS GO UPPPPP. (sic)”

The pals previously teamed up on the track ‘Unstable’ on Justin’s most recent LP ‘Justice’.

LAROI – whose real name is Charlton Kenneth Jeffrey Howard – shares a manager with the ‘Sorry’ hitmaker in Scooter Braun.

And the ‘Without You’ hitmaker is preparing to release an album which is currently titled ‘F***Love 3’.

As for Justin, the 27-year-old star released a surprise EP called ‘Freedom’ in April.

The mini-album features the BEAM-featuring title track, ‘All She Wrote’ with Brandon Love and Chandler Moore, ‘We’re In This Together’, ‘Where You Go I Follow’ with Pink Sweats, Chandler and Judah Smith, ‘Where Do I Fit In’ featuring Tori Kelly, Chandler and Judah’ and ‘Afraid to Say’ with Lauren Walters.

The EP followed the addition of six new cuts on the deluxe edition of ‘Justice’, which saw BEAM appear on ‘Love You Different’ and Tori on ‘Name’.

Justin released the original 16-song album on March 19, but later included ‘There She Go’ featuring Lil Uzi Vert, Jaden Smith appears on ‘I Can’t Be Myself’, and Quavo and DaBaby on ‘Wish You Would’ and ‘Know No Better’, respectively.

Justin said of the album: “In a time when there’s so much wrong with this broken planet, we all crave healing – and justice – for humanity. In creating this album, my goal is to make music that will provide comfort; to make songs that people can relate to, and connect to, so they feel less alone. Suffering, injustice and pain can leave people feeling helpless. Music is a great way of reminding each other that we aren’t alone. Music can be a way to relate to one another and connect with one another. I know that I cannot simply solve injustice by making music, but I do know that if we all do our part by using our gifts to serve this planet, and each other, that we are that much closer to being united. This is me doing a small part. My part. I want to continue the conversation of what justice looks like so we can continue to heal.” 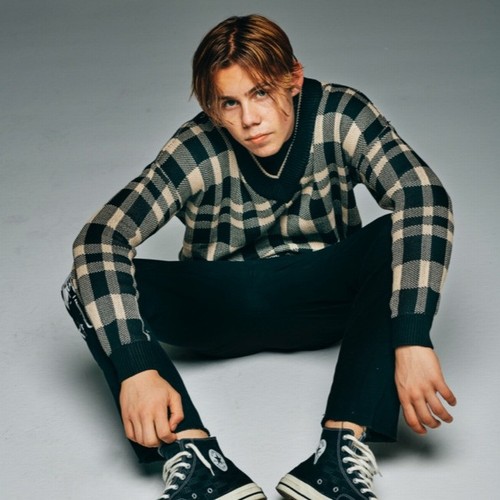 Britain's attempt to reach a post-Brexit financial services deal with the EU "has not happened", Rishi Sunak has told the City.The sector was not covered in the UK's last-minute free trade agreement when the Brexit transition period ended in December and the government has since been seeking an "equivalence" arrangement with the bloc. But in the chancellor's traditional Mansion House speech to the City, Mr Sunak said: "That has not […]