Jonas Brothers split was a big surprise for Joe Jonas

Joe Jonas says The Jonas Brothers’ 2013 split hit him like a “tsunami”.

The Cake By the Ocean singer has opened up about his feelings following brother Nick’s decision to shut down the trio so he could focus on solo endeavours in the group’s upcoming memoir, Blood, and he reveals he didn’t see it coming.

“I walked into that meeting like a tourist going to the beach,” he writes in an excerpt from the book. “I kicked back on the couch, said, ‘What’s going on?’ and put my feet up. I didn’t see the tsunami coming.

“The tsunami was inside me, building up as Nick spoke. I still remember the exact words he said, which were a bit different than what Kevin recalled but hit me a lot harder: ‘My heart is no longer in this’.”

Joe feared Nick would never change his mind about getting back together as he seemed to serious about the split.

“It was, like, something our dad would say. Very pastor-like. Something an old-fashioned gentleman might say to his partner when getting divorced,” he recalled. “It felt formal, serious… and permanent.”

However, Nick did have a change of heart and The Jonas Brothers reunited in 2019.

“As we grow through our lives, I know I’ll always have my brothers, as family, as friends, and as BLOOD,” Joe reveals.

Blood is set to hit book stores in November. 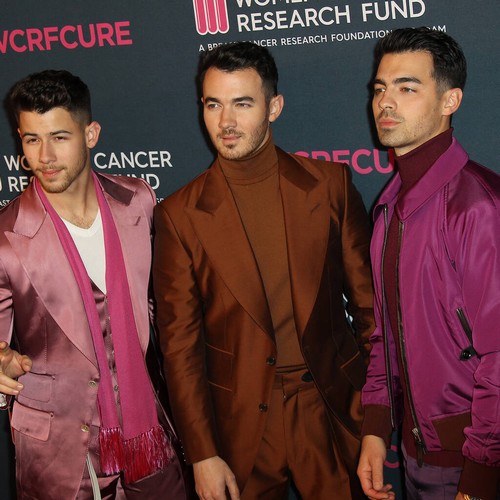 Hip-hop icon Dr. Dre's legal single status has officially been restored as he continues to battle his ex in divorce court.The Forgot About Dre star and his former wife Nicole Young agreed to legally end their 24-year marriage on 15 April, weeks after Dre filed court documents asking the judge overseeing their case to "bifurcate" the status of their divorce and pave the way for the exes to move on […]