The Strokes are taking their support for wannabe New York City mayor Maya Wiley to the stage this weekend for the Big Apple’s first full-capacity show in over a year.

The group hosted a virtual fundraiser for the mayoral candidate last month, and now Julian Casablancas and his bandmates are set to play an in-person gig to raise cash for her campaign.

The group will play at Irving Plaza on Saturday, with all proceeds benefitting Wiley’s run to become the Big Apple’s first woman mayor.

“Maya Wiley is the most grateful, gracious, and kind-hearted bad-a** I’ve ever witnessed,” the Last Nite hitmaker said in a statement. “The more I know her, the more I know that she is absolutely the best choice to be NYC’s next mayor. This feels like a once in a lifetime opportunity to help elevate an incredible person to a position of power where they can protect the public.”

Calling her the only leading candidate without a political action committee, the singer added: “It’s a privilege to use art to support a non-corporate candidate fighting against difficult odds. She is a benevolent warrior; at City Hall she got the cop who killed Eric Garner fired. We need to elect trustworthy people so when hard decisions need to be made behind closed doors, we know the people of NYC will be protected and in the best hands possible.”

“I cannot even begin to describe my excitement for this concert,” Wiley said. “I am so thankful to The Strokes for their support for my campaign and my vision for this city and for their commitment to making this event happen safely and successfully.

“This concert – the first full-capacity show in over a year – is proof that New York City is on the road to recovery and I’m thrilled to be kicking off this important and joyful milestone for our city. I’m so thankful to Julian and the band for their commitment to ensuring a better future for our city and cannot wait for Saturday night.”

Fans keen to attend the show will have to provide a negative coronavirus test result in order to gain entry.

Wiley has also won the support of actors Chris Evans and Gabrielle Union ahead of the mayoral elections on 22 June. 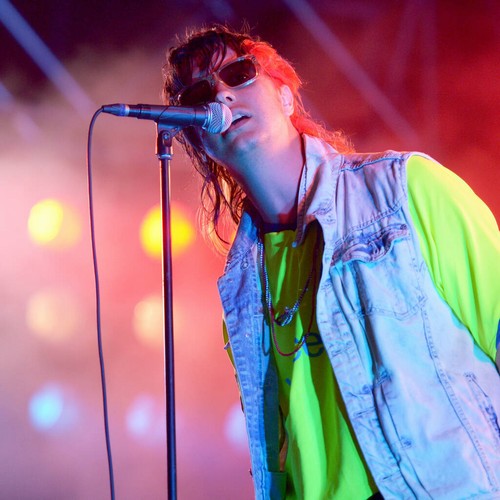 The daughter-in-law of Conservative grandee Lord Ashcroft has been granted bail of $30,000 Belize dollars (£10,500).Jasmine Hartin, the partner of Michael Ashcroft's son Andrew, has been charged with manslaughter by negligence after a police superintendent was shot dead. The 32-year-old must surrender her travel and other personal documents and will not be allowed to leave the country without the permission of the Supreme Court.Bail conditions also mean she must report […]