Wolf Alice are heading for Number 1 on this Friday’s Official Albums Chart with their third studio album Blue Weekend.

The alt-rock group are outselling the rest of the Top 5 combined in today’s Official Albums Chart Update (June 7) having notched up the most physical and download sales across the first three days of the tracking week.

The London band will discuss the making of Blue Weekend on this week’s episode of The Record Club, our livestream series with Record Store Day and National Album Day, in association with Bowers & Wilkins.

Wolf Alice’s 2015 debut album My Love Is Cool and 2017 follow-up Visions of a Life both reached Number 2 on the Official Albums Chart, missing out to Florence + The Machine and Shania Twain respectively after being in the lead at the midweek point.

Meanwhile, Manchester band James are on course for their 10th Top 10 album with All The Colours of You (2), while last week’s Number 1 SOUR (3) from Olivia Rodrigo rounds out the Top 3.

Australian rockers Crowded House are in line to claim their highest-charting set in 14 years with Dreamers Are Waiting at 4, American punk rock outfit Rise Against could claim their first Top 10 with Nowhere Generation at 6, ZZ Top’s Billy F Gibbons looks to earn his second solo Top 20 with Hardware at 7, and The Voice of the Heroes, Lil Baby & Lil Durk’s collaborative album is at 8.

Lo-fi popstar Japanese Breakfast could be tucking into her first UK Top 40 entry with her third studio album Jubilee at Number 18, and finally, electronic musician Squarepusher has a new entry at Number 23 midweek with Feed Me Weird Things. 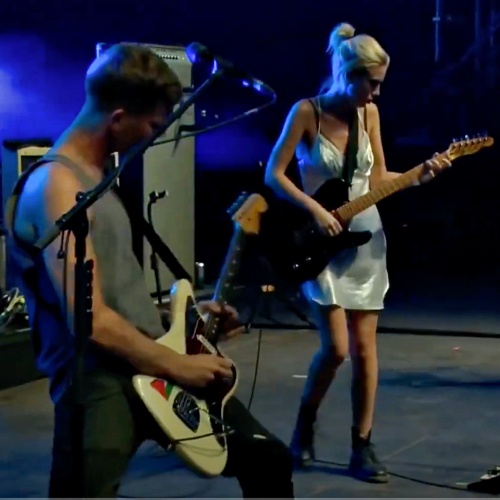 The chairman of Royal Dutch Shell will be nominated on Tuesday to a key role at the government’s science quango as ministers seek to intensify Britain’s commitment to post-Brexit innovation.Sky News has learned that Sir Andrew Mackenzie, one of the UK's leading business figures, will be named as the preferred candidate to chair UK Research and Innovation (UKRI), which boasts an annual budget worth nearly £8bn. The prospective appointment of […]