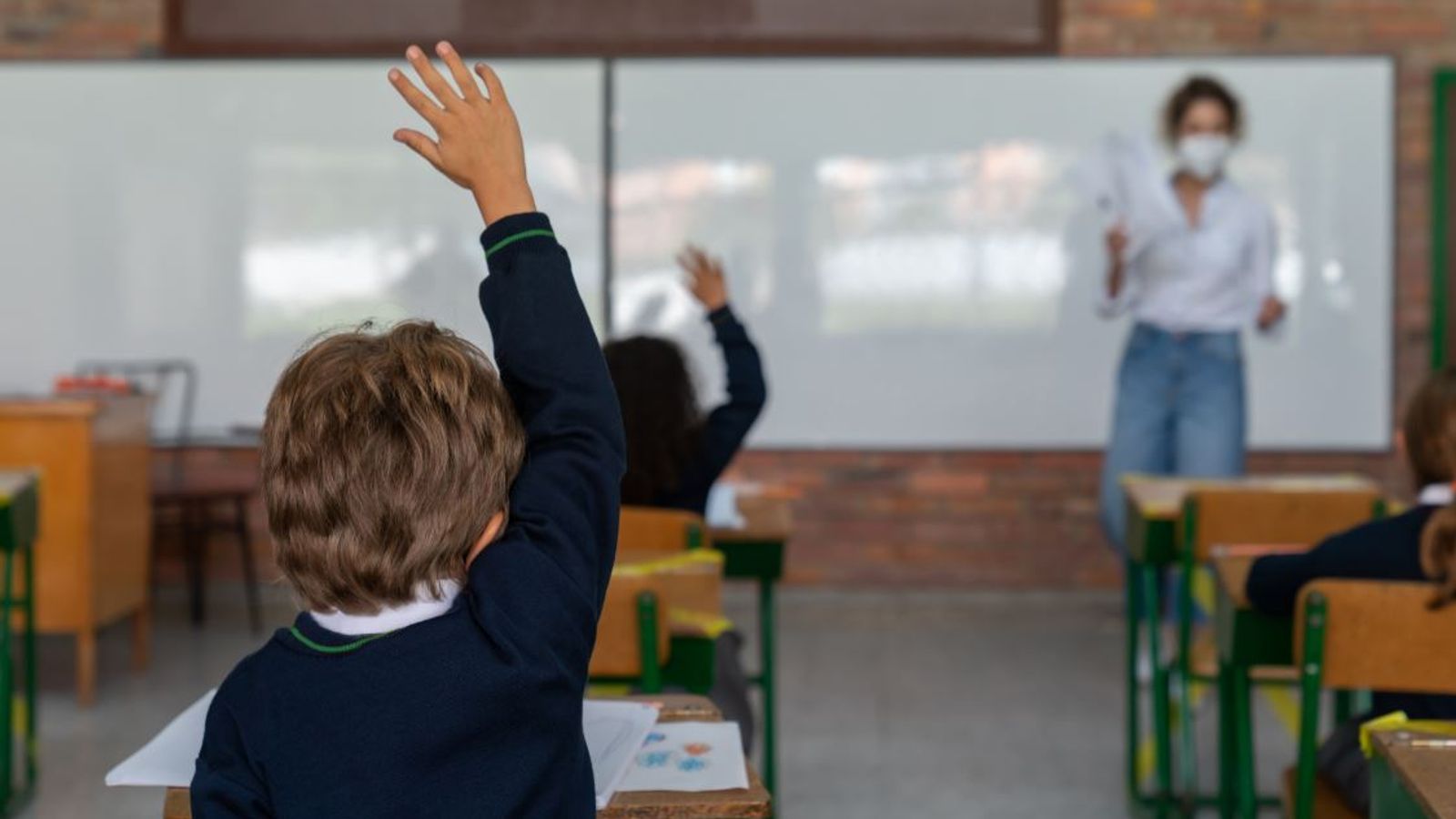 By the time they returned to school in March this year, pupils had regressed to the level they were in September, according to the research for the Department for Education (DfE).

There were regional disparities in the levels of learning loss, with pupils in the North East, Yorkshire and the Humber and East Midlands suffering more than those in London and the South West.

Poorer children were the worst hit, with losses equivalent to between a third and two thirds of progress made in bridging the disadvantage gap over the past 10 years.

Overall, primary school pupils regressed further in their learning in the spring term than they did in the autumn one.

Maths was worse than reading – with an average of 3.5 months lost – compared to 2.2 months respectively.

During the autumn term pupils lost 3.7 months in maths and 1.8 months in reading, the report added.

For disadvantaged pupils, overall losses were as high as 4.3 months, the study by the Education Policy Institute (EPI) found.

Their analysis shows that learning losses were temporarily salvaged in the second half of the autumn term – before Christmas – but they returned in the first part of 2021.

The findings come in the same week the government’s education catch-up tsar quit over its “inadequate” £1.4bn recovery fund.

Sir Kevin Collins resigned on Wednesday, claiming the package “falls far short of what is needed”.

Geoff Barton, general secretary of the Association of School and College Leaders union, described it as a “desperately bleak week for education”.

“It is abundantly clear that a recovery programme is urgently required at a scale and scope to address this massive issue,” he said.

“We once again call upon the prime minister and the treasury to step up and urgently provide the substantial recovery programme that children and young people need and deserve.”

Jon Andrews, co-author of the study, added: “We need to continue to look at how we can support all pupils through effective catch-up programmes, but especially those from disadvantaged backgrounds, whose education has seen the most damage from the pandemic.”

A Sheffield road has been blocked tonight and trams stopped after the three vehicle crash. South Yorkshire Police were called to Park Grange Road at around 6.30pm today, June 4, after reports of an accident. The road is blocked and people are being asked to avoid the area. To get the latest email updates from South Yorkshire Live, click here. A spokesperson for South Yorkshire Police said: "TRAFFIC: We are […]