Easy Life have a fan in Shawn Mendes.

The Leicester band have revealed the Canadian superstar followed them on Instagram and has told them he loves their debut album, ‘life’s a beach’, which is on course to secure number two on the Official UK Chart this week.

Lead vocalist Murray Matravers told The Sun newspaper’s Bizarre column of their A-list fan: “Yeah. We just said, ‘What are you doing? Why are you following us? Please tell all of your fans about our album’.

“And he said he had listened to it and really enjoyed it. So I can’t believe that a) he started following us and b) he replied to our DM.”

After climbing up the charts, the ‘nightmares’ group decided to launch themselves into the sky in a hot air balloon to celebrate the success of the record.

Murray said: “It was incredible. We were screaming at people and everyone down below was waving.

“We wanted to treat ourselves after we released the album

“We thought an air balloon was something we could blag from our label and they’d pay.”

Meanwhile, the frontman recently admitted it’s “amazing” that their loyal fans think their “cool”, because they don’t “look like Justin Bieber” and are more like the “unpopular nerds” at school.

He said: “Easy Life has always been an antidote to what’s cool. We are like the unpopular nerds at school.

“So for these people to put us on a pedestal like we are cool is amazing.

“So we’re sort of running with it. But it shows anything is attainable. It’s not like we look like Justin Bieber.

“We are dudes who lived five blocks from the pub and decided to form a band.

“And now we are putting our debut album out. I still can’t believe it.” 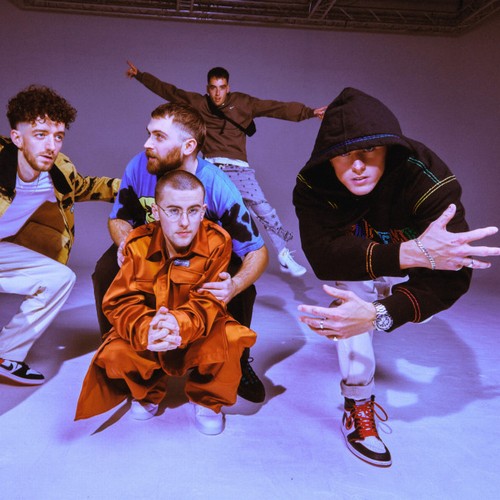 Lady Gaga's 'Chromatica Ball' world tour has been pushed back to 2022.The 'Stupid Love' hitmaker's run of dates in support of the acclaimed 2020 album have been delayed once again, due to the global COVID-19 pandemic.The run included a stop at the Tottenham Hotspur Stadium in North London, as well as dates in Paris and North America.However, a statement issued to ticket holders read: "While some parts of the world […]