Anne-Marie has compared working with Niall Horan to being in the studio with Ed Sheeran.

The ‘Don’t Play’ singer has revealed her ‘Our Song’ duet partner, Niall, 27, shares “a lot” of the same “qualities” as the ‘Shape of You’ hitmaker.

Speaking on the ‘Make It Reign with Josh Smith’ podcast, she said of the One Direction star: “He’s so great, and so lovely and easy going. He reminds me a lot of Ed (Sheeran), he has a lot of Ed’s qualities and he’s so talented as well. When we got into the studio, he picked up his guitar straightaway and that’s the first thing he played when you listen to the track and then he went onto the piano and I was like alright show off, I can’t play an instrument and he was just going around the whole studio.”

Elsewhere, the 30-year-old pop star revealed that despite being an international chart-topper, Ed, also 30, still has days when he is “worried” about his next single, and the pair help each other through the down days.

She said: “Ed Sheeran has always been someone I could go to for any advice on the industry because he just knows how to do it, he’s a pro at it. So every time I feel a certain way, I just ask him and he tells me what he’s gone through. You know he’s so successful and everyone loves him and you never think he would have a down day or struggled with something or worried about his next single, because all of his singles go to No1 but he has. So I speak to him about everything to be honest.”

As for what she has learned from KSI, who she teamed up with on ‘Don’t Play’, Anne-Marie revealed the YouTuber-turned-rapper, 27 advised her to “laugh” whenever she receives any hate online.

She added: “KSI taught me a lot about how to deal with trolls online, most of the time I just try to shrug it off or I get annoyed and write out a reply and then go to tweet it and then go stop and take it off. And he was like just laugh, and I thought it’s not that simple but it’s actually so funny and now when I read a bad comment about me, now I think ‘ha-ha’ and he taught me that.”

Check out the full episode of the ‘Make it Reign’ podcast with Anne-Marie on all major podcast platforms. 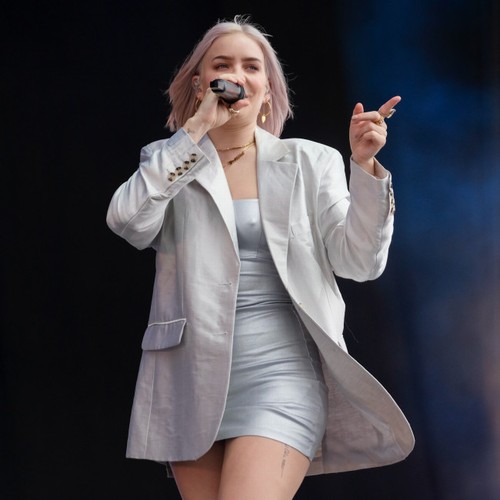 Blood on street as man stabbed in brutal attack in Sheffield

A man was stabbed in the chest in the Gleadless area of Sheffield yesterday. Police confirmed that the man, 36, was stabbed in the chest at an address in Daresbury Drive during the early hours of yesterday (May 31). The man was taken to hospital in an ambulance to receive treatment for the "serious" injury and he remains in hospital at this time. To get the latest email updates from […]